A Bank Holiday book? The Parasites by Daphne du Maurier 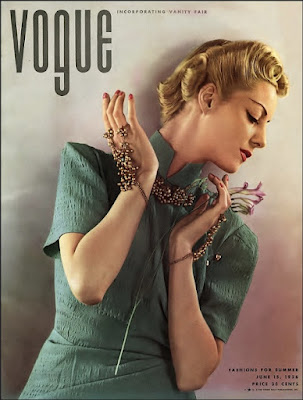 "Her new frock was green, and a gold-clasped belt went with it. There was a gold clip too, that he had given her. This she did not put on the front of her dress until she left the house because Pappy might see it, and ask who had given it to her."

I love books about theatrical families and they are all over the blog: from Noel Streatfeild’s Ballet Shoes, Pamela Brown’s books, and similar stage school stories, and up into sweeping sagas – Clemence Dane’s The Broome Stages follows theatrical aristocracy over several centuries, and her The Flower Girls is even better, with a shorter timespan. I particularly enjoy reading an excellent theatrical book over a weekend, and a bank holiday weekend (such as we have just had in the UK) makes it even better. Harriet Evans is continuing the tradition – and there is more from her soon, new book out.... Ngaio Marsh was always good on theatricals (eg Opening Night, and False Scent) , and there is the Pamela Frankau Sing for Your Supper . Sarah Rayne I know shares my love, and does recommendations, a guestblog, and her own books. And there is more in this post called Theatrical Dramas and Hard-working Children.

Daphne du Maurier is ideally situated to write such a book, because she was the daughter of one of the most famous actors of his generation, Gerald du Maurier, while her grandfather George was a noted cartoonist but also wrote one of the best-selling books of the 19th century – Trilby – which was also a very successful play. (the name for a trilby hat comes from the play, and the concept of a Svengali from the book – see more on this and fedoras here): so she came from a very bohemian, artistic and successful background.

I remember coming to this book with high hopes, as it is about a quintessential theatrical family, the Delaneys, and it is always suggested the Daphne du M drew on her own childhood memories for part of it. There is a wonderful old singer, the father. The mother of the family is an ethereally wonderful dancer. There are three wonderful children – one his, Maria, one hers, Niall, and Celia who is the child of both. The book opens in an English country house on a Sunday afternoon: the three (grownup) siblings are lying around and the husband of Maria (and owner of the house) Charles lays into them, with communal character assassination including the accusation that they are all parasites.

They then spend the afternoon thinking about the past, so we have sections of memory, and then their contemporary discussions of it all. The memories seem to start back around 1920, and follow through the next 30 years. The memories of travelling round with the itinerant parents as they tour the theatres of Europe would seem very much Daphne’s own childhood. (She was born in 1907).

Well I think we’ve all had a Sunday afternoon like that one – DduM very good on the oppressive atmosphere, depression and boredom of the wrong kind of English Sunday afternoon. 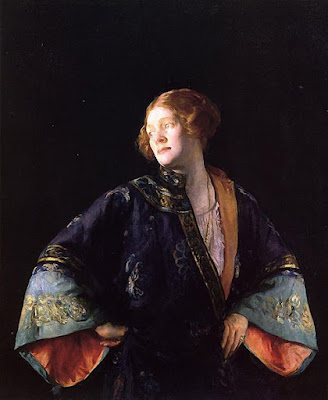 It is a strange and discomforting book, somewhat experimental. She keeps referring to the siblings as ‘we’ – ‘we thought’ this, ‘what were we to do’ about that. So at first you think one of the three is narrating, but that is not the case. There are claims that the three of them are meant to represent different aspects of her, Daphne, which would make sense of this trope. There is an intriguing dedication ‘For Whom the Caps Fit’. What did her own siblings make of that... ?

Is it clear that I am not enthusing about this book? When I read it before I was sadly disappointed in it. When I re-read it, my expectations were much lower, and so it turned into a reasonable read.

Cons: a lot of it was over-written, impressionistic pages of description of the streets of Paris, people’s thoughts and responses given in unnecessary detail I felt. It’s all quite squalid in the early days.  A dour, miserable view of life, while at the same time, everyone is terribly talented in their own special way – the family comprises genius level singer, dancer, actress, songwriter and artist and frankly it’s a bit much. I use the word ‘comprises’ advisedly – every single one of them is super-special. (Even a Noel Streatfeild book for 10 year olds has one sibling who doesn’t shine.)

There is a loving devoted dresser, Truda, a trope that I have railed against in the past.

Pros: Some of the characterization is very good – the complete selfishness of Maria and Niall is shown in full, believable and infuriating. There is an utterly extraordinary scene where Maria can’t cope with her baby, because the nanny has a day off. This is described as a scene of high comedy but I did not find it so. The way Celia gets dumped with looking after the father is shown cleverly, and it is subtle in that it’s not quite as straightforward a sacrifice as it seems. 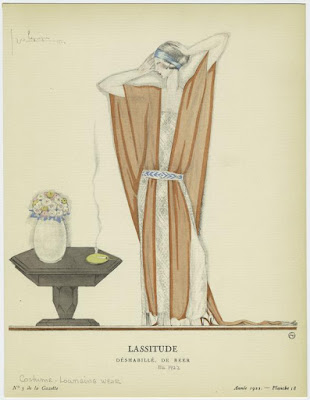 She had dressed in a hurry, she wore nothing, Niall knew, under her dressing-gown affair, which was velvet and the colour of old gold. She wore it every Sunday, that and a jewelled belt he had brought her once from Paris. He wondered why it was that she always looked lovelier like this, with a comb run through her hair, and a smattering of powder, than when she took trouble, and dressed formally, for grand occasions.

The book is very funny when it is not being shocking and squalid. There is a setpiece chapter where Maria has married into an upperclass English family, and her own family, the Delaneys, come to stay with her inlaws. The culture clash is cringe-making, but also laugh-out-loud funny, and du Maurier is incredibly inventive in the way she makes everything go wrong, minute by minute. It is a nightmare, but a very very funny one. A wonderfully appalling houseparty. It is something like the Alconleighs versus the Kroesigs in Nancy Mitford’s The Pursuit of Love, but much much worse – some of the same features.

When people play the game ‘Name 3 or 4 persons whom you would choose to have with you on a desert island’, they never choose the Delaneys. They don’t even choose us one by one as individuals. We have earned, not always fairly we consider, the reputation of being difficult guests.

During this visit, I liked that Niall was ‘very wide awake and very hungry, but it would be simpler to eat the furniture in his room than to creep downstairs and seek out the mysteries of the Coldhammer larders.’ I am always commenting on characters in crime stories and thrillers who go in search of a biscuit (or a book) in the middle of the night, so it’s nice to find someone who doesn’t go downstairs. He does venture forth though, to a room on the same floor, with predictably bad results when he is caught by his hosts in the wrong room...

My edition has an illuminating introduction by Julie Myerson, who says there is a

‘savage and satirical anger.. at its dark heart – a ferocious, sometimes surprising fury which keeps it bubbling, never lets it become glossy, camp or self-indulgent in the way novels about theatricals and show business so often are.’

This is obviously correct, a good description, but also very helpful in identifying exactly what I WANT in a theatrical book for a bank holiday weekend: ‘glossy, camp, self-indulgent’ – bring it on please.

So this book didn't quite do it for me, but it had its own strengths. I don’t know what to make of it in the end – it is a strange and not cheering book, with an ambiguous ending. Also ambiguity in another area, which I don’t want to spoiler or pre-empt. Reading it twice has made it all marginally clearer: and reading it in the light of biographies of DduM also helped.

There are a number of du Maurier books on the blog - most recently the wonderful Rebecca, a faultless story that only gets better with time and re-reading.

Celia puts on a Mandarin coat when she changes for dinner – I have used this picture for another Daphne du Maurier book here. The picture, The Blue Mandarin Coat by Joseph de Camp, can be found on Wikimedia Commons here.

Maria's dressing-gown: as she has had it apparently a while, I took the liberty of using this French item from 1922, NYPL. Used before: see these two entries for more on several of the topics above.