The Saltmarsh Murders by Gladys Mitchell 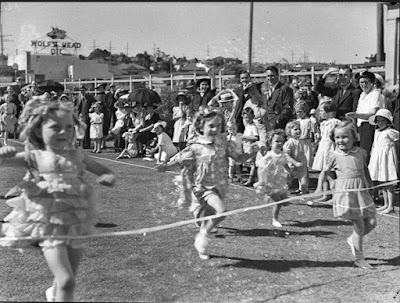 The Saltmarsh Murders is one of Gladys Mitchell’s books that most people would put in their top 10 – although one of the interesting things about her is the lack of agreement on a canon… Look on Jason Half’s excellent tribute site, The Stone House, for a very varied collection of rankings for her books… great fun to read.

But when we discussed The Great Gladys at the Bodies From the Library conference, it was apparent that most people like this one a lot, and would recommend to the Gladys rookie. It is narrated by the hilarious young curate Noel Wells – who is both a reliable and unreliable narrator. The verdict is generally that he is like a PG Wodehouse character, and that often seems true. He is also quite honest and funny about his shortcomings, and is not always keen to get too involved in physical adventures. He is terrified of (series detective) Mrs Bradley, but then that is only good sense – so he should be.

Saltmarsh is one of Mitchell’s cheerfully horrible villages – starting with the vicarage. The vicar (Noel’s boss) and his wife are both fairly awful in their own ways. The village is agog with wondering who made the vicarage housemaid pregnant. And then pretty much throughout the book they are agog to know what has happened to her – supposedly she is in an upstairs bedroom in the pub. Who IS the father, and where is the child, and why has no-one seen the mother? 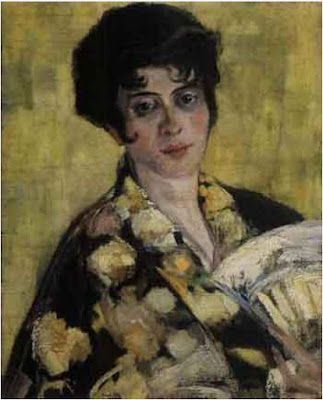 There’s a bohemian menage in the offing, another Mitchell favourite. There’s a loopy lady who compares everyone to an animal. And there is a love interest for Noel – the vicar’s ward, Daphne. There is a hilarious running theme where Noel and she are plainly getting together the whole time to canoodle, but this is always described otherwise in his narrative in various inventive ways.

The book has a brilliant beginning, and is very funny throughout.

The plot is -as ever – rather hard to describe or explain. This is one of the books that gives you Mrs Bradley’s notes at the end, which is very helpful, though I still wouldn’t want to answer a detailed test on who did what, when.

I once did a Halloween piece for the Guardian on digging up bodies, exhumations and so on. I missed a trick really, because I didn’t feature Gladys Mitchell – instances abound in her books, and people are always ending up in the wrong coffin, and we all have to work out when and how the substitution occurred. I thought my notes here had drifted across from The Devil at Saxon Wall, last week’s post, or Laurels are Poison (coming soon) but no – it does keep happening. I always say in a Patricia Wentworth book, make sure you don’t borrow a flamboyant item of clothing. In Gladys Mitchell, make sure someone identifies you properly before you are buried, if you want to rest easy.

There’s a village fete, and various social events – one of the things about Mitchell books is that they often contain scenes that would be commonplace in other Golden Age books of the era, but somehow things don’t pan out how you would expect them to in those other books.

Noel is dressing up as a gypsy fortune-teller: 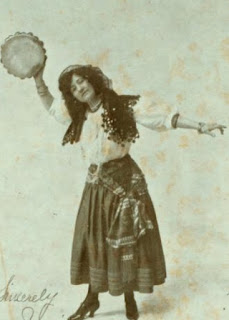 “I vote we make it sixpence, with an extra sixpence for advice about their love affairs… [the vicar and wife] might not like the idea of the curate doing a stunt like that” – so of course the answer is to keep it quiet, not, like, not do it.

Picture of children running a race from State Library of new South Wales, 1937. They look like so many Shirley Temples… (and it’s the boys' races everyone in the book is worried about: "Briggs is entering the race in order to hack Oliver on the ankle as they fight for inside places on the bend".)

Cora, the showgirl in the bohemian household, gets rather a raw deal, so I found a very nice picture for her I consider. Young woman in a kimono by Friedrich August Herkendell.

The gypsy dancer is from the NYPL’s wonderful collection.

More Gladys all over the blog – hit the label below – and more to come..

Bodies from the Library Gladys Mitchell The Saltmarsh Murders