More on Bodies, on Gladys, on When Last I Died

The wonderful Bodies From the Library, conference for writers and fans of detective fiction, happened yesterday, and was a roaring success, even though the obvious circumstances meant it was held online. But that meant that people could, and did, join in from all over the world – a silver lining if ever you saw one.

It was a chance for many old friends to meet up – in my case it was a particular joy to see Curt Evans, who tuned in from the USA to give a talk. I contributed a chapter to Curt’s Murder in the Closet, and then had the great pleasure of meeting him at the Edgar Awards dinner after the book was nominated: see full report here (yes I am completely shameless and will never stop mentioning this event). And I saw many of my other buddies too: shoutouts to Chrissie, Martin, JJ, Kate, Steve, Brad, Jake, Mike, Mark & Len. And special mention as always to John Curran.

There was tremendous work and enthusiasm from the core team, and they did a fantastic job making everything run very smoothly, and to time. There were sessions of the new Detective Club anthology, Howdunnit; on Peter and Anthony Shaffer; on the whole Patrick Quentin/ Q Patrick thing (that was Curt); on different kinds of detective; on the complexity of the writing of the queens of crime; on the Brian Flynn books.

And – of course on Gladys Mitchell: Len Tyler and I shared a session on the Great G. See also my introductory post last week. 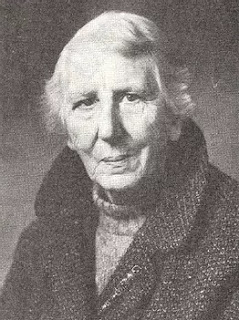 We were very honoured (and slightly humbled) that in the audience was the admirable Jason Half, whose Gladys Mitchell tribute website The Stone House has to be the best author website out there – he is surely the world’s leading authority on Gladys Mitchell. And he couldn’t have been nicer, sharing the enthusiasm and commenting in the chatbox. But then – as I have said in the past after a previous Bodies ‘Crime writers, fans and bloggers are officially the nicest people in the world.’

Len and I swapped perceptions and ideas about our chosen author, and we hope some people will have been inspired to try her – or try her again, she can be initially off-putting. But we strongly encourage people to give her a chance and stick with the books with their weird plots, strange motives, and strange plot turns. Mrs Bradley is worth it!

You have to know what to expect with her, mind you: there has been a recent re-packaging of Groaning Spinney as ‘Murder in the Snow, a Cotswold Christmas Mystery’. Every individual word of that is true, and yet… it is most misleading, and I feel people might be expecting something quite other. Cosy, she isn’t.

She has very varied settings, and styles, and POV, but with basic similarities. She likes a sinister village, she loves an educational establishment. Strangeness is a watchword, and folk customs, witchcraft, unhealthy relationships, untrustworthy people. And there is a lot more overt, and non-judgemental, sex than her contemporaries.

Are you tempted yet?

With all my re-reading for Bodies, you can expect more blogposts on Mitchell, and you can find the existing ones by clicking on the label below.

Many attendees wanted to know which we thought her best books, so I will start with one of our main recommendations… 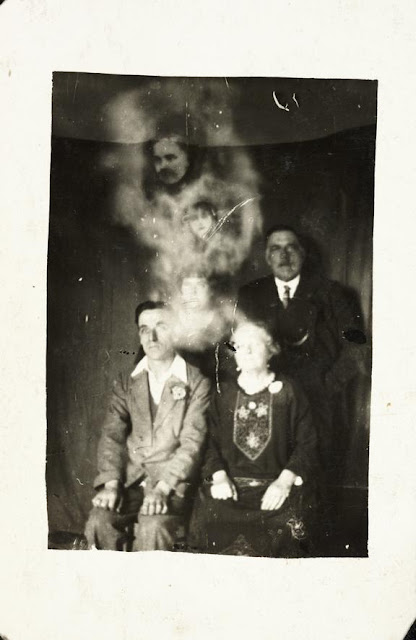 This was the book that first brought me to GM, and it was because of that celebrated piece by the poet Philip Larkin, where he (I think) initiated the title The Great Gladys. He said he looked forward to re-reading this one with its “Harry Price haunting, disturbing diary entries and general air of yellowing newspaper reports”.

If that doesn’t thrill your heart then you are dead inside. A while later I managed to get hold of a copy (I believe it was actually out of print right then, this is the mid-80s and it was much harder to find books  – we are so lucky now to be in an age where searching is easier AND imprints like the British Library and the Dean St Press bring books back.) That set me on a path to reading her and now I have been doing so for around 35 years.

When last I Died has featured on the blog – it was one of the subjects for my Guardian piece on seances in literature.

It is one of her best books – it makes sense, it has a lot of plot and proper investigation. It has a truly gruesome crime, shades of Princes in the Tower, which (paradoxically) is never really given the attention it deserves.

As with so many of Mitchell’s books you have to take a good run at it: keep reading even when it is making no sense at all, and has too many characters and – in this one – sudden changes of location for no reason. The people here keep moving, there are too many houses – four that feature, at one of which ‘although the house was fairly persistently haunted, she did not turn up’ – actually, in a book full of hauntings, she means here that reporters were watching this house.

Mitchell and motive is a strange thing – in many books it is a weak point: the motive will be thrown in as an afterthought, or is unlikely to the point of incredulity. But sometimes she is like Agatha Christie in her understanding of the actual motives of people’s actions, and the thoughts and interests of people who might be companions, or in not very exciting similar jobs, and are seething with dislike and a feeling that they are too good for this. As one character says here, whether she left her job or died, “the staff here would feel compelled to subscribe either to a gift or a wreath. As it would come to about half-a-crown each in either case, it would not matter to them, I suppose, whether I were going to a new post or to the grave.”

And as always, the author is very good at creating a creepy atmosphere: “The seances always produced results… If it wasn’t one thing if would be another. That was what was so wonderful, and rather frightening really. Tom never had what you would call a barren séance.”

The séance picture ‘Family Group with two Spirits’ is from a wonderful collection held by the National Science and Media Museum in Bradford. It is thought to be taken by William Hope, spiritualist and photographer (and, you would suggest, someone having a go at not-incredibly-convincing trick photography). The very Harry Price mentioned above tried to expose him as a fake, but Hope continued to operate with some success during the 1920s.

Spiritualism and seances feature a lot in that era, both in real life and in fiction – thought to be because of the bereavements of WW I, with people trying to contact their lost fathers, sons, brothers and husbands. See Rhiannon [Sarah] Ward’s The Quickening, WC Ryan’s A House of Ghosts (now there’s a title that tells you what to expect), and my Guardian article which mentions many more seances in books.