Bodies From the Library 2019 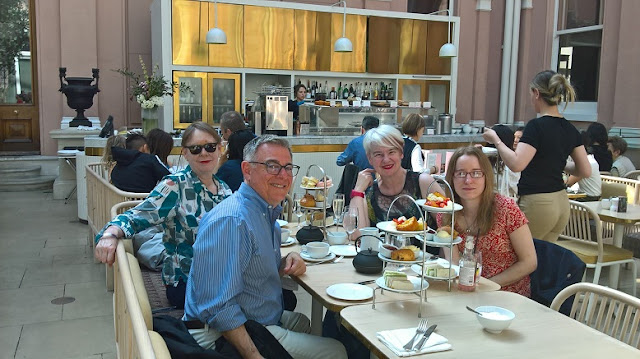 Crime writers, fans and bloggers are officially the nicest people in the world.

I thought that after my first Bodies last year, but it was totally confirmed this time.

Plenty of people have already blogged on the day, so I don’t need to write a long post. Here are some of the posts so far:
(if there are more, let me know, happy to add links)

Of course the post we all want to see is Brad’s, when he gets home.
***[Added later: and here it is. One post to rule them all.]

Brad Friedman of AhSweetMystery came from America for Bodies, something he had been threatening to do for some time. For most of us it was our first chance to meet him in person, although we all felt we knew him as an old friend – and he was exactly as expected, and added greatly to the already-considerable joy of the event. 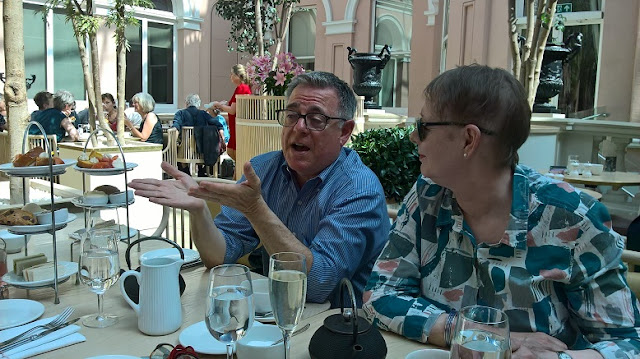 I had long promised him an English afternoon tea, so the day before Bodies a group of us met at the Wallace Collection restaurant to enjoy exactly that.

My partner in crime (sorry) for all things Bodies is, always, Christine Poulson, so she and I had already gone to see an exhibition (Mary Quant at the V&A – very Clothes in Books). Then it was off to meet up with Brad, and with Kate Jackson, and with one other person…

Now, I feel I have occasionally made people happy in my life (I hope?) but I doubt I will make anyone as happy as Brad was when I told him in an offhand way that Martin Edwards was joining us for tea. Martin is a hero to all us GA crime fans, and a long-standing friend of this blog, but is also the nicest person you could wish to meet. He and Brad were soon locked in full conversation. 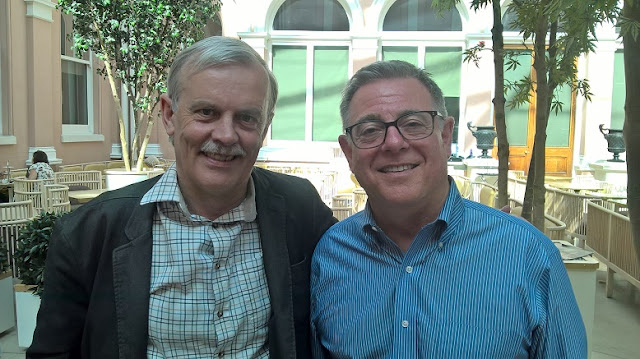 Martin then suggested that those of us who had time should go off and investigate the second-hand books on the Charing Cross Rd, and four of us went off together, feeling like the Find-Outers from Enid Blyton. This was a splendid adventure as we all grabbed books, discussed authors, encouraged each other to buy (‘Oh go on… ‘)(hopeless for each other’s budgets). The Bodies event was, of course, beyond tremendous, but if for any horrible reason it hadn’t happened, the bookshop expedition would have (almost) made up for it. Heaven for booklovers. So unusual for all of us to have the fun of being with other people who actually knew what we were talking about. Well – on the whole. We practically forced Brad to buy a Leonard Gribble book as his memento of the trip, and - no, no idea. But everyone else at the conference probably knows exactly who he is. 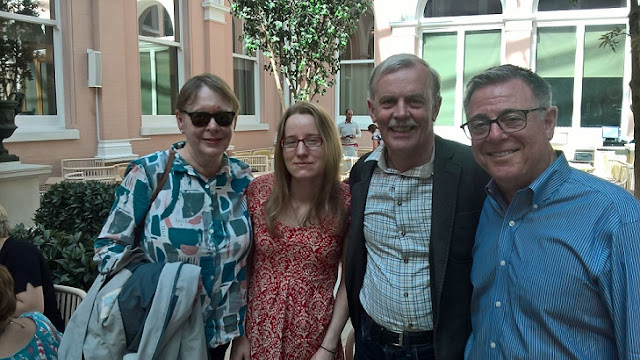 The next day was the conference, superbly well-organized – very relaxed for crowd and participants because of the huge amount of work put in by organizers and staff. I was on the first panel, talking about Humdrums, which meant I could enjoy the rest of the day even more. See any of the blogs above for full descriptions of the talks and events. I’m running out of superlatives – it was all wonderful. 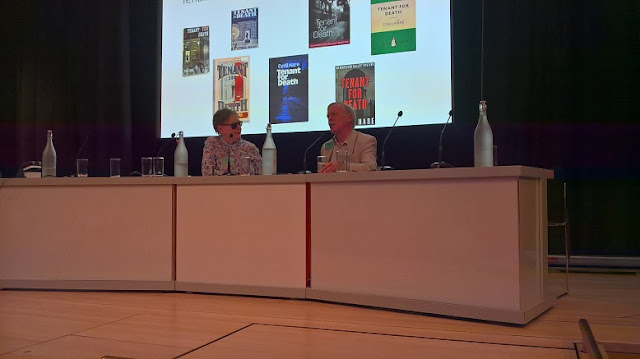 Everyone at Bodies was a delight: there was lots of friendly disagreement and discussion, but not a cross word or a bad feeling so far as I could see. Long may it continue. Roll on Bodies 2020. And thank you to everyone who had a hand in this year’s event.