Leave Her to Heaven by Ben Ames Williams 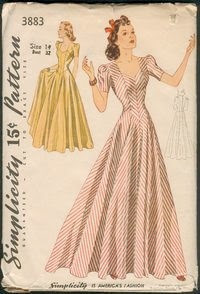 I thought I had done this book on the blog before but no search brought it up: eventually I tracked down that I had mentioned it in an article for the Guardian on book titles taken from Hamlet quotations: the article is here. (I trailed the article on the blog here, without mentioning this particular book.)

This is how I described it:

There’s a splendidly melodramatic and noirish book called Leave Her to Heaven by Ben Ames Williams, which was made into an equally enthralling film, the phrase being Hamlet’s verdict on his mother.

Ellen in the book is a truly wicked character, with no redeeming features, nor really much attempt to explain what made her that way. As it happens, I also did an article in the Guardian about bad women in literature, focussing my attention on the magnificent Sylvia Tietjens, from Ford Madox Mord’s Parade’s End. That set of four books is a great blog favourite, and I did a raft of entries on them back in the day.

Looking back (to 2015, when I was writing about this) there was a lot of interest in bad women: the Gone Girl phenomenon, as it might be: Gillian Flynn’s book was published in 2013, and was followed by hundreds of books in which the surprise was that the apparently nice girl, wasn’t. And then there were twists and counter-twists, and we all took it for granted that no-one could be exempt from suspicions. (And, honestly, those of us who read a lot of Agatha Christie have always known that…)

In this book there is never much doubt, mind you, you are not expected to go into it with an open mind – although foolish Richard Harland takes a long time to see the truth about her.

He thought of a white-hot ingot coming from the fire, of molten gold in a bone-white crucible. Sorrow, the night long, had brayed her in a mortar, and her soul was swept and burnished.

(surprise: One meaning of the verb ‘to bray’ is  ‘To crush and pound to a fine consistency, as in a mortar’)

It is completely over-wrought, though sometimes this works to give a genuine chill. Richard loves and takes care of his brother Danny, who had polio. Once he has married Ellen, another character points out, he and Danny never get to spend any time alone together.

Harland.. brushed his hand across his face with the gesture of a man who, walking through the forest at dawn, feels laid across his cheeks the tiny, clinging strands which spiders during the night have spun.

The book is more than 400 pages long, and you feel every blessed one: the final 100 pages deal with a criminal trial in which every incident, just about, of the preceding story is re-hashed – by the defence and also by the prosecution. 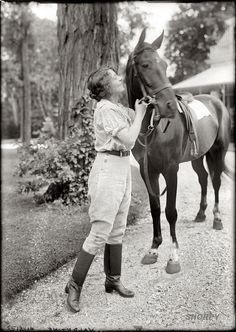 But it does sweep you along, and you do admire the complete outrageousness as Ellen goes around getting her way in a quiet and accomplished manner…

There’s  not much in the way of clothes, Williams is very vague. So I’m just settling for this – Ellen goes out riding and comes back

….in dungarees, hot and soiled from her long day in the saddle, her face smudged and sweat-stained; but she appeared for dinner in something light and soft and completely feminine, and the contrast between her delicate and pulsing beauty now and the disordered hoyden she had been an hour before seemed to Harland so intoxicating that he became suddenly wary.

And now to the film – a definite classic of its kind. It came out in 1945, directed by John M Stahl, and was hugely successful. (The book had already been a bestseller.) It starred Gene Tierney, Cornell Wilde,  Jeanne Crain and Vincent Price.

It is honest-to-goodness, no-holds-barred melodrama, and highly enjoyable. It is lavishly done and is in technicolour  - I was expecting it to be deep noir-ish black and white. It is also very outdoors-y (as is the book) with lovely scenery – this isn’t a city thriller. Here is a screengrab of Gene Tierney as Ellen, about to do something terrible – isn’t she splendid? 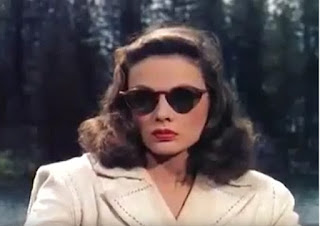 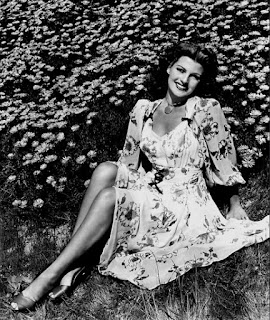 I feel that Rita Hayworth could have taken the role too.

In the end, both book and film are of historical interest, showing something about the times in which they were so popular. Uncertainty, and who can you trust, and is Harland in fact an enabler (as well as something of an idiot)? Well, lessons for every era.