Death of Jezebel by Christianna Brand 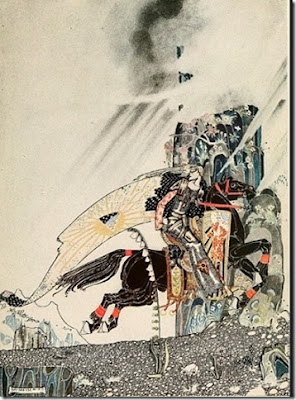 It's been a busy time round here, and the blog has gone galloping off in various directions (appropriately enough for the book in this post) touching royalty, and newspaper articles, and Hilary Mantel. There's more in the pipeline, but I thought it was time to get back to the old-school business of the blog - finding nice photos, consideration of clothes, and Golden Age detective fiction (and yes 1948 is fine in my view) - so here's a more traditional post, in between all the other stuff.

I blogged on Death of Jezebel back in 2016, when it was notoriously hard to get hold of: as I said then, second-hand copies were very expensive. I had caught a glimpse of what seemed like a cheap version, clicked and waited, but “when it turned up, much to my surprise it was an audiobook on CDs. I had not been paying enough attention. Unlike many of my blogging friends, I don’t really do audiobooks (when I’m driving I like loud music I can sing along to very tunelessly) but as this seemed to be the only way to take in this one, I listened.”

The book has now finally been republished by the British Library, to the great delight of all GA fiction fans, so I have revisited.

This what I originally said, and I have added some more comments within, and at the end.

As I listened rather than read [back in 2016] I am wary of making certain kinds of criticisms – if I missed a point I can’t go back and check, can’t be sure it wasn’t just me not listening properly.

So - I was glad to read it, though I didn’t like it as much as others do. One of the good things is that it combines knights on horseback and a cod-mediaeval pageant with a weird post-war Ideal-Homes-type exhibition. 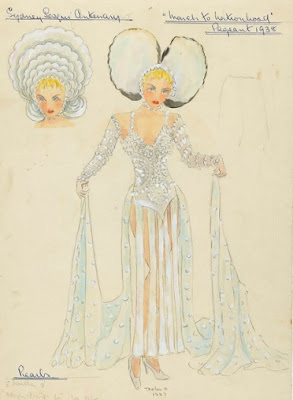 This must make it unique.

The post-war atmosphere and the people looking and hoping for comforts in a brave new world are particularly well done.

The pageant is actually quite hard to visualize, and most of the time I just took Brand’s word for what was possible. Because the point of this one is that it is a bizarre impossible, locked-room-style mystery: everyone seems accounted for, so who could have killed the rather horrible woman playing a damsel at the top of a tower? Men in helmets and cloaks are near her, but how could they reach…? And are they identifiable in all that armour?

Incidentally, a discussion of the death of the Biblical Jezebel is similar to one in Agatha Christie's Crooked House, published  a year later. (And the character of Jezebel comes up in Nabokov's Speak, Memory and in this LP Hartley novella.)

Brand brings in both her separate series policemen, Cockerill and Charlesworth, and the book goes on and ON producing false endings, viable solutions, and false confessions. She is always a great one for the very convincing explanation that falls apart, but in this case I really think she overdoes it. Locked-room fans rate it highly – I found it too difficult to keep changing my opinion of the characters, or trying to work out who was impersonating whom. And too many mentions of the mackintosh. I’m not really sure I got every detail of the crime at the end either – were there false family members or not? This is where I need a paper copy. However there was one final surprise regarding a helmet that was both horrible, and had me nodding my head in admiration…

Back in 2022, more comments: After reading the book: I still found the manoeuvrings of the knights on horseback very hard to follow, and couldn’t remember which knight was which colour. So dramatic accusations on the lines of ‘YOU were – the Yellow Knight!’ – not a colour in the book btw – were rather lost on me.

However there was a sketch of the stage and tower and arch, which helped a lot, although I thought the sketch could have been a lot fuller, it didn’t really match the description beneath it.

Joys I missed in the audio – I absolutely loved this description of Isabel Drew:

She titupped along beside him on her high-heeled shoes, a little round, honey-coloured creature, softly and warmly curved as a whipped cream walnut.

So here are pictures of that retro snack, the walnut whip.

And a 1948 picture that goes very nicely with it: (Toni Frissell, Library of Congress) 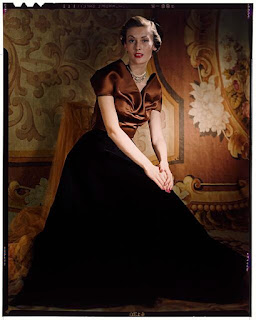 There is mention of director Michael Balcon, a noted figure in the British film industry, whose daughter married Cecil Day Lewis, better-known round here as crime writer Nicholas Blake. (See the final paragraph of this blog entry)

The endless confessions and false endings came to seem rather ‘I am Spartacus’, while the attempts to identify a lost family including twins, resembled Agatha Christie’s A Murder is Announced from two years later.

The woman in white certainly gives an impression of what Isabel might have looked like in costume – and is from an Australian pageant.

Pageants pageants pageants – looking for a picture for this entry I got completely lost in collections of photos, by no means for the first time. And remembered past blogposts, and in the end I had to separate all that aspect off into another entry, coming soon…

The knight approaching the tower is an illustration by Kay Nielsen for a 1922 book, East of the Sun and West of the Moon,  via Flickr.