Reactions to the Queen's death

Queen Elizabeth II has died, and the United Kingdom is in a state of mourning.

I wrote a piece for the i newspaper about what it's like to be in another country when something big happens - I was living in the US when Princess Diana died. I wrote about the kindess of friends, and how good-hearted sympathy never goes amiss.

But also about how I managed to shock Americans with what I revealed to them about Princess Diana. You would be unlikely to guess what it was that caused an uproar online, with people telling me I must be mistaken or lying...

You can read the article here 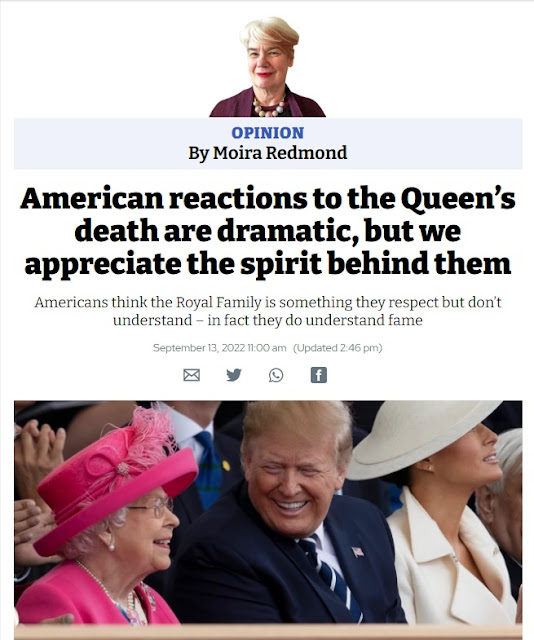