Less than Angels by Barbara Pym 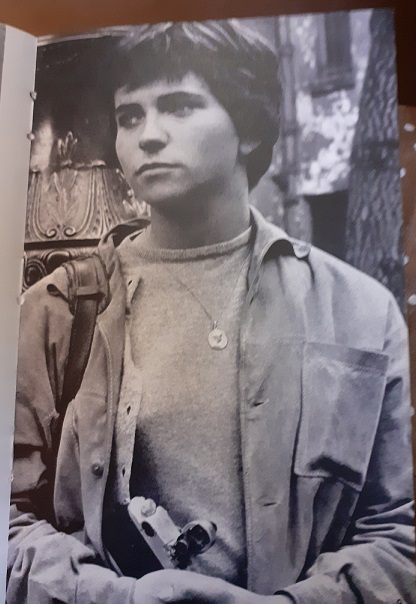 Catherine was small and thin and thought of herself, with a certain amount of complacency, as looking like Jane Eyre or a Victorian child whose head has been cropped because of scarlet fever. It was natural for her to look a little ragged and untidy, and the fashions of the day, when women in their thirties could dress like girls of twenty in flat-heeled shoes and loose jackets, their hair apparently cut with nail scissors, suited her very well.

She was too much aware of herself as a personality to make much effort to change, and she had become so used to writing about such things that she could have summed herself up very quickly in her bright, magazine style – ‘red skirt and black top (could be velvet), long jet ear-rings (not if you’re five feet two or under), and (oh dear!) those shabby blue espadrilles bought in the market in Périgueux on a fine June morning.’ 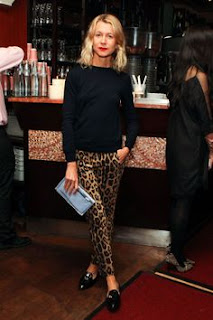 Somebody had now put a record on the radiogram and a few people began to dance. When Vanessa stood up it was seen that she wore tight-fitting leopardskin trousers; these, with her long silver ear-rings and bare-shoulder black jersey, made a striking effect.

Phyllis, being small and blonde with a vivacious manner, was all that Deirdre was not. What was more, she was wearing red shoes which Deirdre believed to be one of those things that men were said to like. 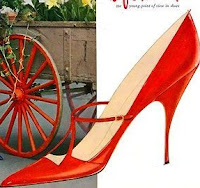 Barbara Pym was marvellous on clothes, and on women’s relation with them, exact and hilarious – I think these four descriptions demonstrate that.

This may be my favourite Barbara Pym book, though this is likely to change depending on which one I have re-read most recently. (There are a good few on the blog). But this one shows more of a community than others, and although Catherine is very much the lead female character, she isn’t quite as much of a Mary Sue as in other books. She is a delight, with her strange relationship with the anthropologist Tom.

But there’s more about the other people who hang around the learned institute, and the POV shifts in a rather rippling way as we follow people into and out of various splendidly-described social events – Pym really was a dab hand on that.

There is young Deirdre, a rival to Catherine for Tom’s affections. When I wrote about FM Mayor’s The Rector’s Daughter recently, I wondered how other authors might describe a boyfriend-stealer – Pym & Catherine are both immensely generous in this book. Deirdre’s mother and aunt and their slightly difficult joint life in suburbia is very well done, and very much in the usual Pym line. Various strange combinations are played out via chance neighbours, including this:

‘Good heavens! Do you see that?’ Bernard pointed to the lighted window where a grotesque silhouette appeared, lingered for a moment, and then moved away.

‘It looks as if he’s wearing an African mask,’ said Deirdre. ‘It seems a strange thing to be doing at this time of night – probably the neighbours will complain.’

Towards the end of the book, there is surprising news about Tom, a plot turn, that moves the book out of cosiness and into something much cleverer and quite unusual for Pym. 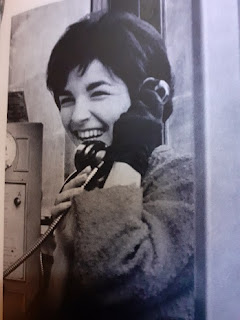 There is a mysterious line that has taken me many years to decode:

By the time the church had won the right to have the mysterious letters DSCR after its name in Mowbray’s Church Guide, most of the congregation were rather proud of themselves for having become High Church almost without knowing it.

Even with the modern days of Google, it is not instant to find out what this is, but here you go: Mowbrays Church Guide listed all the parish churches in England and put one or more of four letters after each name, as appropriate: S= a sung Eucharist on a Sunday as the main service; C = a time set aside for private confessions; R showed that the Blessed Sacrament was kept in reservation and D meant that there was a daily celebration of the Eucharist. So to have all four indeed showed the church to be very High.