A Month in the Country by JL Carr 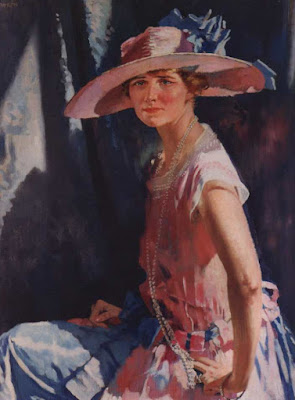 This is famously a book where nothing happens.

I read it when I was much younger and thought, yes well, fine, what was that about?

But re-reading it in later life – several times - I can totally see it: a magical book, a book for grown-ups.

It is set in 1920: a young man, Birkin, returned from the war, comes to a small church in the Yorkshire countryside to restore a wall painting. It’s a 14th Century judgement picture. He has no money, is in a failing marriage, and was damaged in the trenches. He sleeps in the bell-loft of the church, to the disdain of the rather stiff and formal vicar, and gets on with his work. 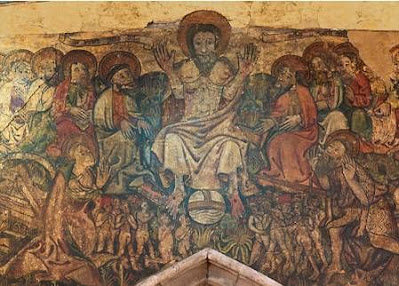 a mediaeval judgement wall painting as featured in the book

There is another ex-soldier camping in the next field, Moon, who is doing some archaeological research, and they get to know each other. A local family – who go to Chapel, not the church – befriend him. He meets the vicar’s wife, a woman of great beauty, maybe ill-suited to her life partner.

There are meals, outings, expeditions to the nearest town. Eventually Birkin finishes his work and leaves the village of Oxgodby, saying he will never return. The reader may conclude that the summer and the work and the locality have worked on him to give him some restoration and healing, although he will not be without regrets.

When I first read the book, I assumed JL Carr was the age of the protagonist, but he would have been 8 at the time the book is set. I knew nothing then about Carr, who is a most eccentric an extraordinary figure: it is a hopeless task to try to describe him.

Blogfriend Roger Allen first recommended to me a biography of the poet RS Thomas by Byron Rogers – a book I absolutely adored, read more about this here. He then said I should read The Last Englishman, the biog of JL Carr by the same author – and it is indeed a most compelling book, and Carr an unusual subject. And after reading it I read this book again.

From the biography you can see that Month in the Country features many of Carr’s interests: Church architecture, history, organs, stoves, chapel vs CofE. Carr is also quoted as saying that there had been a woman who was Alice. He apparently said: ‘Alice Keach – I see her quite often, and she knows she’s Alice, and she knows I know she’s Alice. But she daren’t ask… when I last saw her, she casually asked if she could pick a rose, Sara van Fleet, from my back garden. That’s as far as she dare go.’

That particular rose is significant in the plot – well I say significant, I say plot – the book is not overburdened with either.

What else can you say about the book, other than this: ‘it is extremely short, it is very beautiful, please do go and read it’?

I suppose I wonder why Birkin didn’t ever come back to Oxgodby– it is strongly stated that the judgement wall painting will be famous, as will the archaeological dig in the area. It seems it would be easy to keep in touch, to visit, to know what happened to the characters. (In general I have no patience with people in works of fiction who regret not going back, when there was nothing stopping them – see also the film Cinema Paradiso)

The book is so short, and so nuanced, that you can choose your own interpretation. It might be that Birkin misses out on his one chance of happiness – but I think it is more important that his month in the country restored him, gave him the chance to recover, and let him go on to live another life. To me it is a book about redemption, not regret. YMMV, and I’m very interested to know other’s views. 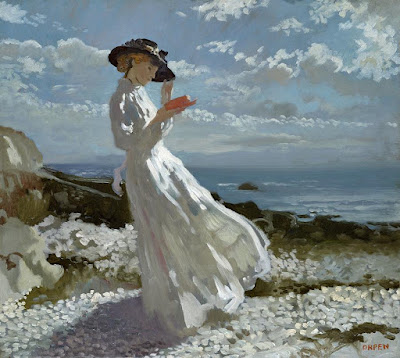 There is this line about the fleeting nature of happiness:

People move away, grow older, die, and the bright belief that there will be another marvellous thing around each corner fades. It is now or never, we must snatch at happiness as it flies.

Although Birkin lives in the bell loft, and is in there on Sundays when the bell rings, there are no ill-effects like those in Dorothy L Sayers’ The Nine Tailors.

Moon wants to go to join the Leonard Woolley archaeological expedition in Iraq – the dig is generally accepted to be the basis of the one in Agatha Christie’s Murder in Mesopotamia.

There is a film of the book, made in 1987 and starring Colin Firth as Birkin, Kenneth Branagh as Moon, and Natasha Richardson as Alice. It is very beautiful and faithful to the book, though not quite perfect. 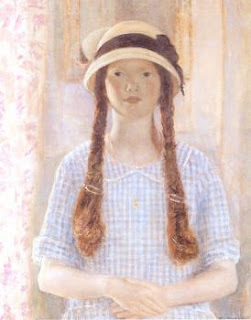 I was looking for pictures to represent Alice, and came across this above which seemed totally Kathy Ellerbeck from the book…

I was sure I would find an Alice Keach amongst William Orpen’s works and I found two.