Return of the Blog: A Cold Weather Book

It’s been a while since I posted on the blog – the fallout from moving house  has taken longer than expected – but I am delighted to be back, and hope to be posting more from  now on.

This book had a seasonal title, and I thought I’d better get on with doing a post before it was completely wrong. I read it a while back and have been thinking about it ever since….

The Woods in Winter by Stella Gibbons 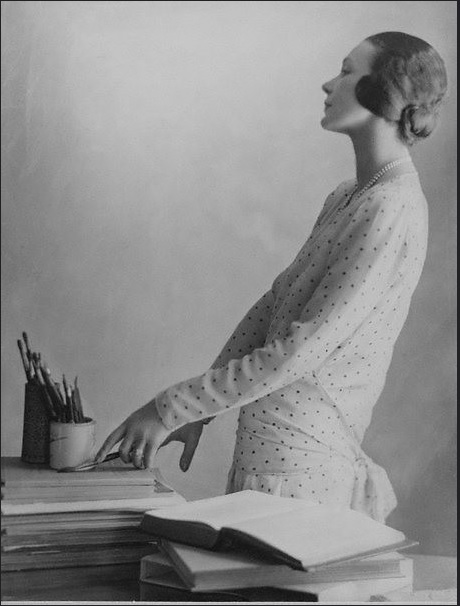 Stella Gibbons has certain themes, and a line in quirky young women, but you can most certainly not always tell what directions her stories are going (there are several of her other books on the blog). This was her last published novel and (of course – who else?) has been brought back into print by the marvellous Dean St Press.

The heroine is a quite splendid woman called Ivy Gover, grumpy as hell and not a kind or good word for anyone. She is living a very London life at the beginning of the book, which is set in the 1930s. Then she inherits a cottage in the country and goes off to live there: but if you think this is going to be the story of the gentling of Ivy, that she will become a softer easier person - then strap yourself in. There are various other characters swirling around her, notably Helen, whose cleaning woman she was, and the sisters with the teashop in the village, Coral and Pearl. Various other gentry and so on. Ivy has witch qualities and an ability with animals. Everyone else has problems that Ivy may or may not be able to help them with. Admirably, there is a hard cold centre to the book: cosy it is not. The good don’t always win, and nobody really changes. But watching them move around is great fun. The ending is unexpected, and there is a meltingly sad situation. There is an epilogue in contemporary times, ie early 1970s where you find out some of the characters’ fates, but you are left with questions, not everything is explained or resolved. A most unusual book, structured in an unusual way.

It almost veers into the territory of the rural books satirized in Gibbons’ most famous work, Cold Comfort Farm, but comes back from the brink, just about. It also reminded me of Sylvia Townsend Warner’s fabulous Lolly Willowes (more witches).

Coral jerked her Kasha dress down over her hips, and a gold bangle slid down one plump arm.

Kasha is a fine wool fabric sometimes incorporating cashmere and the mysterious vicuna – both vicuna and kasha come up a lot in books of the era, always to imply ‘expensive’, and usually in neutral colours and tasteful or understated. Oatmeal or beige kasha are often mentioned. Top photo from Kristine’s photostream, same source for this one(which is Marion Davies in 1935 - she was the mistress of newspaper magnate WR Hearst and widely believed thus to be the inspiration for one of the characters in the film Citizen Kane): 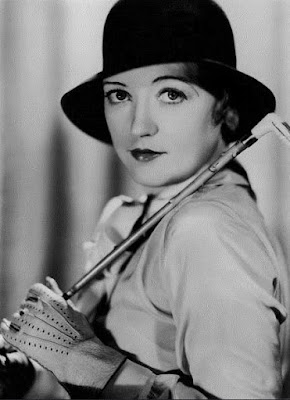 And here is another film star, Ginger Rogers, being fitted for a kasha-esque outfit. 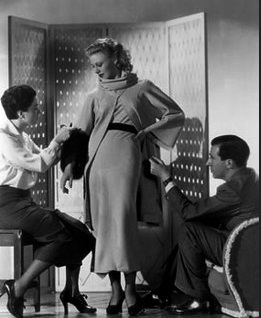 Meanwhile Helen (the author’s alter ego according to the introduction) wears ‘a frock made out of some kind of old Arab shawl, my dear, most peculiar’ (obv it is the kasha-wearer describing it thus). Helen is also described as being delighted that someone claims that she is “ate up with sarcasm and glorying in wickedness”. 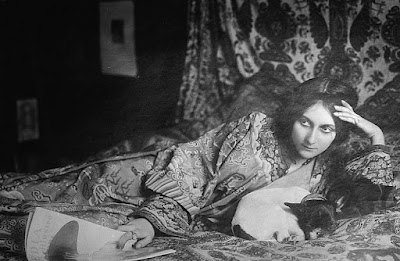 The photo representing Ivy Gover is of a Mrs Hellgren, from the Swedish National Heritage Board.

Early on the local solicitor is contemplating leaving the office early:

Mr. Gardener, senior partner in the firm of Gardener, Elliot and Son, Solicitors, had already glanced out of the windows at four o’clock, when a cup of tea and a biscuit were always brought in to him, and decided that he would leave early.

-but Ivy catches him just in time.

There is a remarkably similar moment at the beginning of Josephine Tey’s The Franchise Affair published 1948.

‘… at 3.50 exactly on every working day Miss Tuff bore into his office a lacquer tray covered with a fair white cloth bearing a cup of tea and two biscuits… If he went now he could walk home down the High Street before the sunlight was off the eastside pavement… Always afterward Robert was to wonder what would have happened if that telephone call had been one minute later…’

I don’t have any conclusions to draw from this, I was just interested. And also surprised to realize I have never blogged on Franchise  - Tey in general a great favourite on the blog.

Stella Gibbons The Woods in Winter