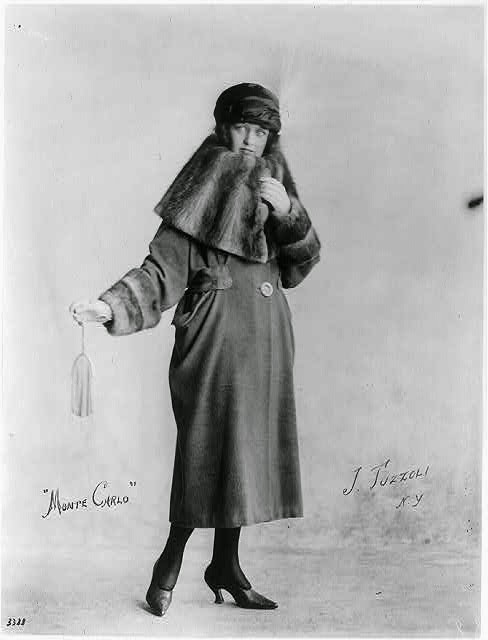 [1902: Lolly Willowes’ father has died, and she is to go and live with her brother and his wife]

Lolly was a gentle creature, and the little girls loved her; she would soon fit into her new home… London would be a pleasant change for her. She would meet nice people, and in London she would have a better chance of marrying. Lolly was twenty-eight. She would have to make haste if she were going to find a husband before she was thirty.

Poor Lolly! black was not becoming to her. She looked sallow, and her pale grey eyes were paler and more surprising than ever underneath that very unbecoming black mushroom hat. Mourning was never satisfactory if one bought it in a country town. While these thoughts passed through Caroline’s mind, Laura was not thinking at all. She had picked a red geranium flower, and was staining her left wrist with the juice of its crushed petals. So, when she was younger, she had stained her pale cheeks, and had bent over the greenhouse tank to see what she looked like. But the greenhouse tank showed only a dark shadowy Laura…


observations: Lolly (also known as Laura) is such a surprising and splendid feminist that she seems the ideal subject for International Women's Day.

Her sister-in-law thinks she might still get a husband, but she doesn’t, because of a tendency to say this kind of thing to a prospect who makes a harmless remark about the seasons of the year:

If you are a were-wolf, and very likely you may be, for lots of people are without knowing, February, of all months, is the month when you are most likely to go out on a dark windy night and worry sheep.

- but we need not worry about her: she will triumph (as we found out in this entry) by going to live in a small village and becoming a witch. This is a highly enjoyable book, as well as being a true feminist novel.

It is a tremendous, easy read, but it is not for the faint-hearted: these are not white witches, and Lolly has made a pact with Satan – a rather good-looking man dressed like a game-keeper in corduroy jacket and gaiters. Like this one from a past entry:


to show our scorn of pretending life’s a safe business, to satisfy our passion for adventure. It’s not malice, or wickedness – well, perhaps it is wickedness, for most women love that – but certainly not malice, not wanting to plague cattle and make horrid children spout up pins… One doesn’t become a witch to run round being harmful, or to run round being helpful either, a district visitor on a broomstick.

Though she does say about the Witches’ Sabbath: ‘There was something about their air of disconnected jollity which reminded Laura of a Primrose League gala and fête.’ Then again, ‘she could dance until the gunpowder ran out of the heels of her boots.’

Warner does a nice line in casting a cold eye on women who are plainly meant to be rather vulgar, but are fun to read about – Miss Mauleverer teaching Lolly the catwalk, Pandora and her rebeck and greedy appetite. There is a wonderful list of the presents that she buys for her family in a village shop – jars of buttons and other joys – which has to be read in full and relished.

There is never any doubt that women’s interests are worthwhile, and that their interior lives are worth looking at, even if Lolly wasted half her life trying to keep other people happy. 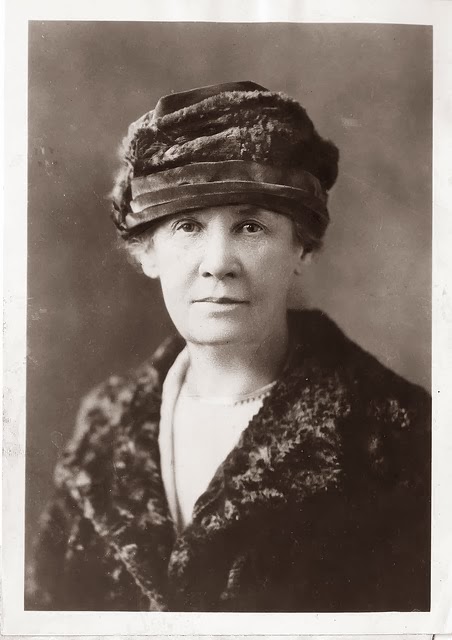 If you look for a 'mushroom hat' online, you get an astonishing range of pictures of people wearing bizarre headgear, which you would probably mostly describe as ‘toadstool hats’. In The Nutmeg Tree, Julia’s Matrons’ Models hat is mushroom-shaped, and this picture might have done for Lolly's mourning.

The top photograph is from the Library of Congress.