Reprint of the Year Awards: Murder After Christmas

Every year the Queen of the GA bloggers, Kate Jackson, runs the Reprint of the Year Awards, voted for by readers - read her post here to get a clear picture as to how it works and how you can take part.

We are now in Week 2, and I, along with many other bloggers, am posting about a rediscovered Golden Age detection story that I recommend to readers. My first post was on Nap Lombard’s Murder’s a Swine: you can read my verdict here. Kate features the  links to everyone’s posts over on her blog – this week’s and last week’s. On the 19th she will open the poll, and the results will be announced later.

My second book is:

MURDER AFTER CHRISTMAS BY RUPERT LATIMER

- Reprinted this year by the British Library 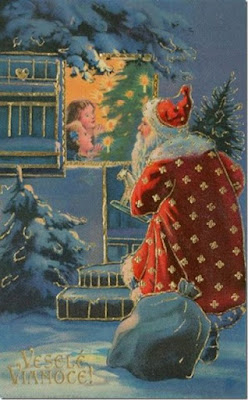 Last week’s book was published in 1943, this week’s came out in 1944 – I didn’t do that deliberately, but it made it interesting!

Murder’s a Swine was full of details of wartime London: this one is set in the country, and does have frequent references to hostilities, and rationing, waste and the Black Market – but the war is not all-consuming. It is very like Angela Thirkell’s 1940s books in this respect, and you can imagine this in one of AT’s books:

it seems to me that living under the Nazi regime will be a picnic after spending Christmas in this house.

I loved this book: it is funny and unusual, and just a good enjoyable read, and absolutely perfect for Christmas. I have a series of questions about Christmas mysteries, a checklist, so let’s examine the details:

· Is there any Christmas atmosphere? Yes, this book is packed with it.

Well, this doesn’t break any new ground: no-one at the heart of the story has any young children, though there are some rather splendidly naughty evacuees in the background (again this is very much in the spirit of Angela Thirkell). The wonderfully strange and beautifully imagined lawyer, Merivale (‘Fascinated, her eyes followed the quavering form of Mr. Merivale as it pranced dramatically over to the fireplace to warm itself’) has this revelation at one point ‘He had also been shot at in the drive, he announced chattily.’ It’s the evacuees, he says. And the visiting children behaved wildly in the Christmas party. But no significant murder action revolves round children, no significant character has children. No challenge to the CiB policy perception. 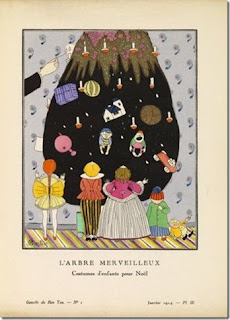 So – an archetypal Christmas mystery. And what else?

The book made me laugh a lot - there’s a kind of knowingness about the characters, and an engaging silliness: they discuss openly  why and how they might commit a murder, and say things like:

“I’ll be absolutely honest. Yes, I confess that at one period in my life I went to the bad—almost reduced to getting a job!”

“He’s going to read the will.”

“But there isn’t any will.”

“He’s going to read it whether there is one or not,” retorted Major Smythe cleverly.

I am very resistant to too much humour in crime stories, and out and out comic stories horrify me. But this is most definitely on the right side  of the line – something in the line of blog favourite Christianna Brand.

Another thing these two authors have in common is endless false solutions – which again can be very annoying, but he just makes it work here.

And the final explanation of the crime is excellent, any of the greats would be proud. I did guess part of it, but it still struck me as being a wonderful plot, and one kind of trick which is one of my favourites – but one I usually guess because certain things stick out. But it was so well-hidden here! Sorry, can’t say more than that. 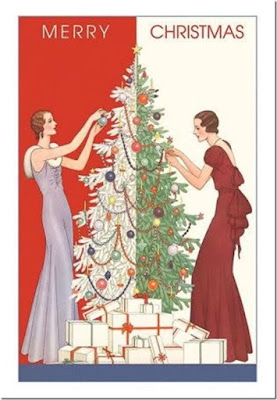 Martin Edwards in his excellent introduction tells us what is known about Rupert Latimer – he did not write much, and died relatively young. But for me, in this book he produced one little masterpiece, which I strongly recommend for your consideration in this, the Oscar competition of the GA crime world...

Kate herself has reviewed this one, and loved it I was glad to see. I didn’t read her review till after I had written this, and was delighted to see she has her own crime story bingo to go with my checklist. I very much recommend her review - she will tell you a lot more about the plot, which I feel I have rather neglected to do.