Reprint of the Year Awards: Murder's a Swine

Every year the Queen of the GA bloggers, Kate Jackson, runs the Reprint of the Year Awards - read her post here to get a clear picture as to how it works.

That was Week Zero: this is Week One, and I along with many other bloggers, am posting about a rediscovered Golden Age detection story that I recommend to readers. Read my post, read others (links over at Kate's blog) - and then read a whole lot more next week, 18th December. On the 19th Kate will open the poll, and the results will be announced later.

My first book is:

Murder’s a Swine by Nap Lombard 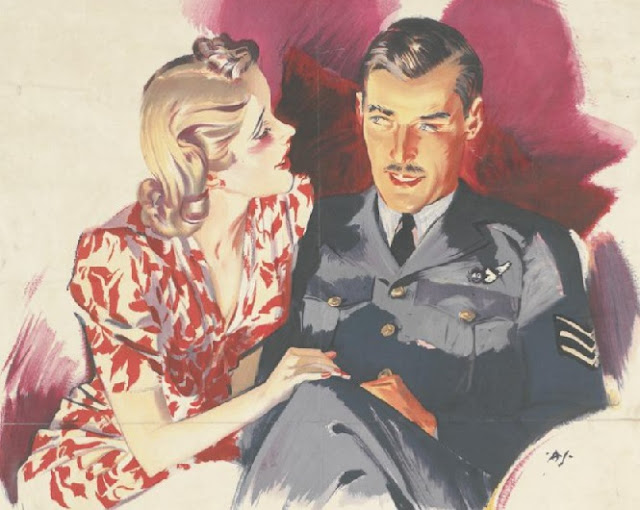 This book had caught my attention as another high-profile republication by the British Library and luckily for me my kindly friend Chrissie Poulson sent me a copy. It has an introduction from our own Martin Edwards, and is set in London in the early days of WW2.

And as well as those promising features, the name Nap Lombard is a pseudonym for Pamela Hansford Johnson, a writer I very much like, and her then husband Gordon Stewart

PHJ was already an established writer of straight novels, but this is quite a different style. I would say it’s a very competent crime novel, but what I enjoyed most were the details and the settings, I found them fascinating. The war is not really getting going yet, but everyone is preparing for it. In the first scene an Air Raid Warden finds a body while sneaking into an empty shelter for a cigarette. Well not quite empty – as well as the corpse, there is also one of the residents of the flats upstairs, a Mrs Kinghof. She and her husband are going to be our crime solvers, somewhat like Jane and Dagobert in the Delano Ames novels beloved of this blog and of Kate Jackson’s Cross Examining Crime.

(And indeed Kate has also reviewed this book, a very helpful and full look at it here.)

In addition, Murder’s a Swine resembles the Patricia Wentworth book Miss Silver Intervenes (there’s  a non-defining title for you: Miss S is forever busybodying round intervening, every single one of her books could be called that). So in both books there is small group of people involved in the story, and all of them live in the same block of flats, all might be guilty of whatever is going on. The Miss Silver book is also set during WW2, and in both cases there are empty flats, and the ill-assorted remaining tenants are thrown together to try to plan a response to wartime. [Empty flats in a block obviously was a thing, not just an excuse for a crime story writer not to think of any more suspects.]

The Lombard book  is a strange pile-on of sleuthing adventures, and if I was being picky I would say it goes on a little too long, one fewer jeopardy/attack wouldn’t have harmed it. But the authors do keep the interest and tension up, given a very small number of suspects, and the way the villain is finally unmasked is completely mad and very funny.

The sleuthing couple, and the descriptions of them and their relationship, teeter on the edge of being annoying for several different reasons, but I am inclined to let them off because there are such good clothes details in the book.

Including – chapeau melon, which apparently is another name for a bowler hat. 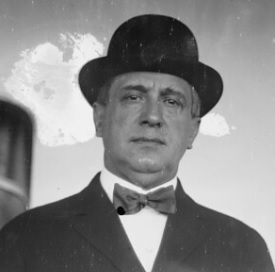 And a lot of discussion of stockings, always a favourite here.

And some nice evening dresses and, a discussion of shoes and posh ladies.

‘She has the great, long narrow feet of the well-bred. Shoes made for such feet are very ugly and expensive. It is only the cheaper variety that commit the solecism of being alluring. Well-bred women should not expect to allure.’

There’s a makeover, an excellent sounding negligee, and corduroy slacks for our heroine.

I loved the sound of this:

‘a black dress adorned with gilt cartridge-cases, in Russian style, and a round fur hat…’

Also, one of the characters writes absolutely splendid-sounding school stories with brave and resourceful heroines each of whom has a wonderful name (I feel they would fit in with my piece of schoolgirl detectives) giving rise to this enjoyably meta-moment

“You can’t treat me like this!” said Miss Ashton, looking for a moment very like Fernia Prideaux. “I’ve a right to be told!”

Top pic from IWM and looks exactly as if it might be the edge-of-annoying Agnes and Andrew, the flighty pair. In fact the woman is chatting up the man in the hope of getting secret info from him – it’s a warning poster Keep Mum - She's Not so Dumb! - Careless Talk Costs Lives | Imperial War Museums (iwm.org.uk).

Man in bowler hat from Library of Congress 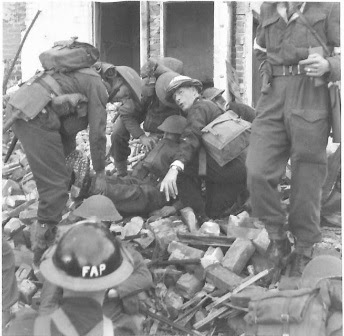 Agnes in her corduroy slacks takes part in a training exercise, where she has to pretend to be injured so there can be practice in rescuing people - this picture from IWM shows a similar exercise.