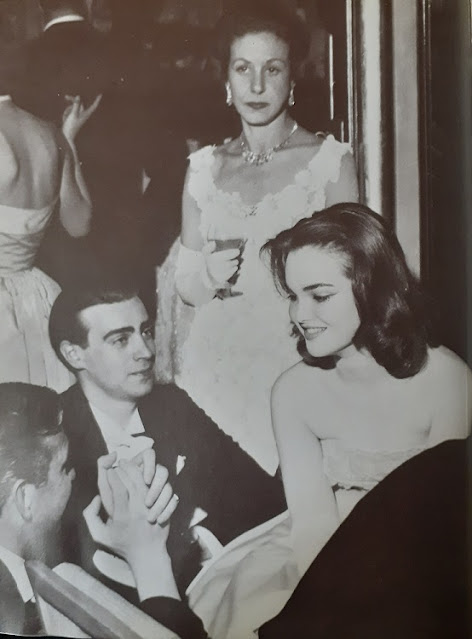 “A Hunt Ball is always a picturesque occasion, and the Fordings Ball had a lot to commend it to many varieties and conditions of people: the Hunt had supporters among all ranks of society, from the noble Master to the small farmers who still managed to turn out on aging mounts, and the crowded floor showed a real cross-section of country society, gliding, side-stepping, swirling and pacing under the changing lights.

.. ‘You can’t tell the farmers’ daughters from the county, or the typists from the millionaires. They all look equally exquisite.’”

ECR Lorac, who wrote under various names, is well-known as one of the ‘recovered’ authors starting to be reprinted now. Lorac was a woman hiding behind that pen-name, and well worth looking up for her complex publishing history and long list of books. This one is unusual in that it was never published in the first place – but as Martin Edwards says in his introduction, that is NOT because of any shortcomings in the book – it is a strong and interesting murder story. (And I am very grateful to Chrissie Poulson, who gave it to me.)

Two-Way Murder starts with two men on the way to a Hunt Ball on a misty winter’s evening: they are discussing the local gossip and the roads – this is a rural area on the south coast in the vicinity of Southampton. There is a lot of detail about the local families and the roads – it is a shame there isn't a helpful map  included, and at first I was losing track of all the people mentioned too.

The ball is awash with the local gentry, and although it is claimed, above, that everyone mixes on equal terms, that only goes so far: some of the villagers are helping out as staff – the class indicators are very interesting in this book, more below. The main thing is, I think, that ‘everyone’ is at the ball, so ‘no-one’ is around in the village, the roads and the pub to see what is happening out in the wild.

Then there is one young lady who, Cinderella-like, has sneaked out to attend, and needs to get home early. She has a lift organized, and she and her young man set off. But the road home is blocked – could that be a body? Is it just a hit-and-run? (I’ll leave you to guess).

The story then becomes extremely engrossing, with a changing viewpoint: the people trying to report the crime, the policemen investigating, the young woman still trying to hide her attendance at the ball, another young woman doing some freelance chatting. I really enjoyed the story and the sleuthing, and the picture of a rural village at a time when life was changing. There was also some fine detecting by a housekeeper figure, who really came to life with her careful consideration of muddy clothes, and her network of contacts – her ultimate fate was interesting too. 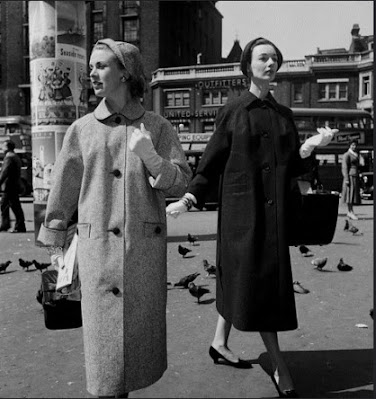 Although at first glance there was a division of poshos and yokels, something more nuanced emerged – Lorac’s village people are a lot more unpatronized and convincing-sounding than those in the books of many of her contemporaries. There’s Alice, the housekeeper I’ve just mentioned. And there’s a local pub landlord, not meant to be a particularly educated or even nice man: but look at his excellent description of life.

“You know that in country districts like this, twasn’t always what’s called a welfare state, with inspectors and registrations and welfare officers and fill in forms from the cradle to the grave. No, by heck. There wasn’t all them regulations in my dad’s time, and if so be a Romany lass or a farm labourer’s girl got into trouble, well, no questions asked was the rule them days. And if so be you’re surprised to find a down-and-out with a face like Reeve, well, I reckon you’re not using the wits the good Lord gave you.”

The murder plot is good: I guessed some of it, but there was one knock-out piece of misdirection that I did not see, and admired very much.

The book has a faint feel for a Christianna Brand book of the 1960s, The Rose in Darkness – a car that cannot go any further along the road is always a great setup.

Jennifer wears a rough oatmeal effect coat, ‘a creamy blanket’, with a little Cossack pillbox hat. Dilys has a neatly-tailored black coat with a tiny hat. “She really is marvellous, her clothes always look right – and she doesn’t spend half what I do.” She is “as stylish as an illustration in the Bystander”.

And of course the girls dress up for the Hunt Ball: Dilys makes her own dress with silk skirts and net petticoats. The picture is actually a debutante ball of the right era in London, but the Hunt Ball would have looked similar.

There’s a fair bit of hunting on the blog – Gin and Murder by Josephine Pullein-Thompson is a similar setting and era, while the Provincial Lady goes to the meet here. Evelyn Waugh’s Brideshead Revisited features a hunt, and Trollope loved some hunting. I said in that post: I’m with Nancy Mitford’s Lord Merlin in Pursuit of Love: ‘Hunt as much as you like, but never talk about it, it’s the most boring subject in the world.’ #justsaying. But of course hunting doesn’t really feature in this book – just the ball, and I’m always open to descriptions of balls….