Nothing can rescue me by Elizabeth Daly 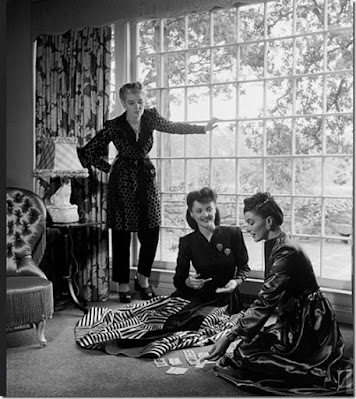 The thing we all know about Elizabeth Daly is that she was one of Agatha Christie’s favourite authors. It is never quite clear where that ringing endorsement came from – I have never seen its primary source, but it is repeated over and over again.

It seems quite possible: and Christie would have found enough similarities and enough differences with her own work to make for a good read for her. There’s a kind of very balanced look at the characters which reminded me of the Blessed A:

‘I’m not taking orders from you, Hutter,’ Mason clenched and unclenched his fists. ‘You’re not the master of this house.’

‘Perhaps not; but while I live in it there’ll be decent behaviour in it.’ Sylvanus was magnificent.

‘If this kind of thing goes on I’ll leave myself.’ Mason plunged from the room, and, apparently, straight from the house; the front door was immediately heard to slam with a noise like thunder.

After a dead silence lasting for thirty seconds at least, Gamadge asked faintly: ‘Won’t he catch his death of cold with no hat or coat?’

This passage to me is gently poking fun, but without taking sides, and making some relationships clear, in an economical and entertaining way. Definite shades of Agatha. 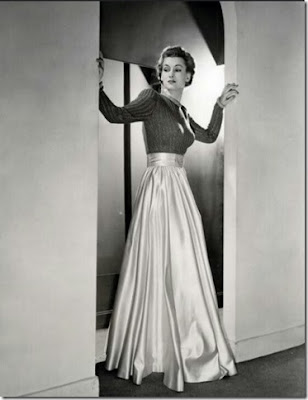 Nothing Can Rescue Me (and isn’t that a brilliant title?) takes place in upstate New York – a setting that has something like the role the Home Counties has in UK books of the era: it’s where the rich people get out of town. Daly’s regular sleuth, Henry Gamadge, goes there to visit a family he has known for years, who are having troubles.

A disparate set of people are in the country house, relations from a complicated family tree, and there is an equally complicated inheritance line. The rich old bossyboots is writing a novel, and on recent nights, something has been added to the day’s endearingly dreadful typescript:

Roy held her closer. ‘I won’t go,’ he said huskily, ‘until you listen to me.’

LISTEN TO ME, SAID THE DEMON, AS HE PLACED HIS HAND UPON MY HEAD

Henry investigates – though truly is not very good at preventing heinous murders.

So the story is packed to bursting point with classic features, which could be cliched or parodic, but aren’t. One of the murders is committed with a Chinese bronze statue from the mantelpiece; the garden is big enough to lose people in, and someone walking beyond the hedge with a hat on could be anyone. No woman has EVER been seen in this house wearing ‘slex’ as the French maid says – and this is 1942 remember – but that doesn’t mean the murderer’s trousers might not be female, does it? [See here for my important past work on trousers on females in 20th century books… ]

There are two particular favourite features for me:

1) The staff (‘obviously none of them are guilty’) flit in and out, and indeed the French maid above is straight from The Servant Registry for Crime Novels. But then it turns out that one of the housemaids has a car and is offering to drive people around.

It’s hard to explain the extent to which this would have been unthinkable in a GA housemaid in UK, it literally makes me laugh out loud to think of it. Imagine, say, in a Georgette Heyer crime novel if the housemaid suddenly started saying she could give everyone a lift up to London. This idea is pure bliss to me.

2) The second is a scene in which Florence (the rich bossyboots) is confined to bed:

prettily dressed in a pink bed-jacket and wearing a lace cap with lace strings, she was working hard at planchette; the board which supported it was propped across her knees.

Regular readers know that if there are two things I enjoy in a book, they are bedjackets and any form of seances or attempts to contact the spirits. [A planchette, for those who don’t share my fascination , " is a small board on wheels with a pencil used to facilitate automatic writing. ‘The use of planchettes to produce mysterious written messages gave rise to the belief that the devices foster communication with spirits as a form of mediumship.’]

And here we have them both in the same sentence! Good times.

If you want any further encouragement to read this, then here are some of the chapter titles:

Lull in the Storm

If that doesn’t convince you, nothing will.

And I’ve scarcely mentioned this, but Daly properly tells us what everyone is wearing, and the women’s outfits are matched to their role in life. Women looking superior while still changing for dinner – these are matchless pictures from Kristine’s photostream. I used them for a wartime Patricia Wentworth with similar setup, and honestly thought I couldn’t do better than repeat them. (Do I need to say that maids in Miss Silver World do not know how to drive?)

Lady in trousers is another long-time blog favourite, from the Library of Congress photostream on Flickr.

I did another Elizabeth Daly, The Book of the Dead, a while back on the blog.

There is frequent mention in the book of a villainous family of drunks ‘up the valley’, whom obviously everyone is hoping to blame (like they’ll be breaking in at night to add neatly typed apposite quotations from the classics to the manuscript) . Eventually they are named as the Jukes, which rang a bell with me: tracked down to this reference in a post on Paul Gallico’s Mrs Harris goes to New York:

Mrs Harris mentions in passing that the villainous family next door were like the Jukes family – a reference that meant nothing to me, so I looked it up, and I highly recommend that everyone should do so – it’s a fascinating, mind-bending, real-life story about sociological research, nature vs nurture, genetics, and eugenics