Today’s blog is about women wearing trousers in literature: tracking a modest history of the role of women, as authors used clothes choices as a way of defining character, class and even morals. The entry appears on the Guardian newspaper’s books blog here.

One of the tantalising details to emerge from newspaper extracts of the latest Bridget Jones novel is that fifty-something-year-old, widowed Bridget opts for jeans for an evening out with her old boyfriend Daniel. And not just any old jeans but "a brand chillingly called Not Your Daughter's Jeans".

Clothes have always played an important part in Bridget's life - and this particular fashion choice puts her in a tradition of trousered women in fiction which goes back to the early 20th century.

In Norman Collins' London Belongs to Me (1945, but set in 1939) the sad fate befalling a minor character gets what you can only think is this rather judgmental sartorial newspaper headline: TROUSERED BLONDE DEAD BY STOLEN CAR.     She is also described as having "coloured toenails and extensive head injuries" – clearly asking for it.

On the other hand, in Agatha Christie's Body in the Library (1942, but with a pre-war setting), Miss Marple blames the low-rent victim for wearing a posh frock: "A girl of – of our class" (hesitation because she knows she is being snobbish) would "change into trousers and pullover, or into tweeds" for an outdoors outing. Or to be murdered in of course. 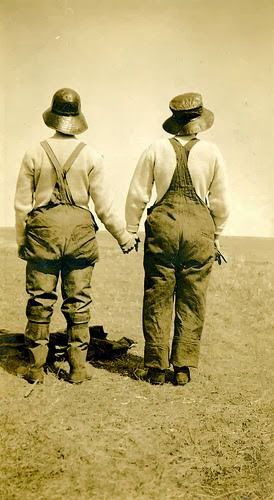 Most of the authors & books featured in the entry have appeared on the blog: Stella Gibbons with Westwood, Nancy Mitford’s Pursuit of Love, Noel Streatfeild’s The Painted Garden, Barbara Pym and Excellent Women, Mary Norton’s The Borrowers: 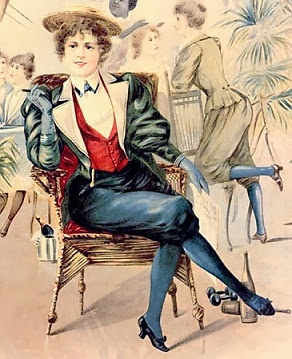 And of course Bridget Jones. Twice. 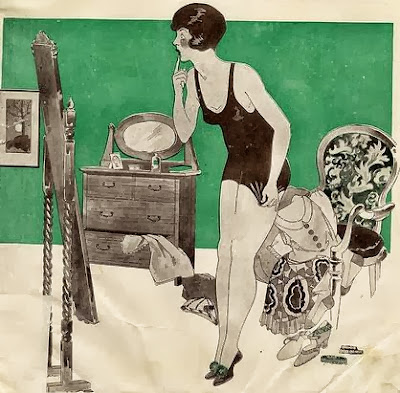