Bodies From the Library: Gladys Mitchell

The Mystery of a Butcher’s Shop by Gladys Mitchell 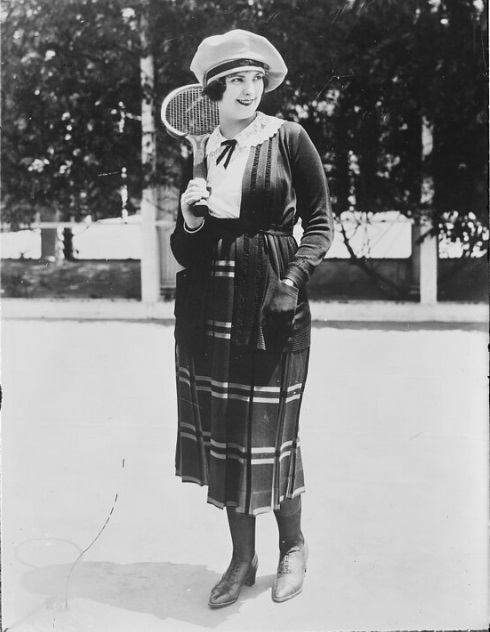 This coming Saturday the Bodies From the Library conference takes place – much shortened and online, rather than the glorious meeting of minds and people that should be happening IN the British Library (see these reports from previous years)

I will be taking part in a discussion of Gladys Mitchell with Len Tyler, so have been doing a lot of reading of her books – and thus, it’s time for a taster. Though this is a free sample rather than a sales pitch -- it is actually too late to sign up for Bodies now, it is fully booked. Let’s hope for a great afternoon...

The book – the second of Mitchell’s Mrs Bradley series - has an unusually conventional opening for her: a country house with some bad-tempered relations annoying each other, cucumber sandwiches, a tennis match featuring the vicar’s daughter - ‘their fresh voices and the clean, strong cello-note of rackets striking new balls came clearly into the room through the open French windows’. The opponent is Aubrey, a teenage boy who talks in a most unlikely way. He sounds sub-PGWodehouse with his maters and paters and a bally suitcase. (Later another character is criticized and mocked for talking like films – ‘What about all his other victims, whose names have not yet come to light?’ - a bit much in the light of Aubrey’s conversation.) 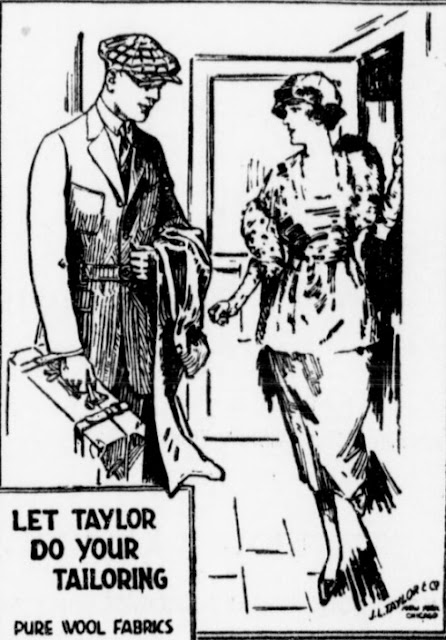 It’s a village, there are woods, someone has disappeared. (Well, it’s claimed he has unexpectedly gone off to America telling only one person, and we know what to make of that).

Mrs Bradley turns up to nose around in this business, wearing the usual terrible clothes, and racing around with considerable athleticism: ‘a small elderly lady, clad in rainbow-coloured jumper and check tweed skirt, sprinting gallantly across two fields.’ I always picture her as being very tall, and have to find out anew with each book that she is actually small. She is able to handle a solid young man ‘with a deftness born of nursing-experience in mental hospitals’.

She expresses socialist views as she argues with the vicar about religion – ‘She says the village children are led to believe [that their betters are] the squire and the people who go fox-hunting and the factory owners who pay women about half what they would pay men for doing exactly the same work. And the bit about our station in life. She says it’s retrogressive to teach children ideas like that.’

Mind you she often flits round the edges of eugenics – here she says ‘On the whole I prefer the murderer [to someone who fathers an illegitimate child].The population of this country is so excessive that, looked at from the purely common-sense point of view, a person who decreases it is considerably more public-spirited than one who adds to it, and he should be dealt with accordingly.’ 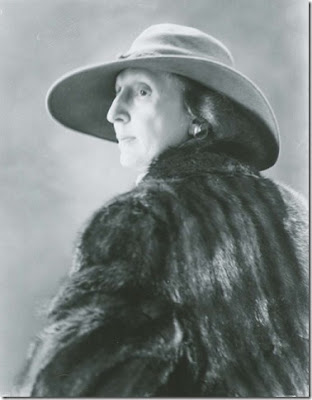 There is another splendidly hideous old lady, Mrs Bryce Harrington, rather in the Mrs Bradley line. Did the servants not tell her about the mysterious disappearance of the master?

‘The servants,’ said Mrs Bryce Harringay majestically, ‘know better than to worry me with Trivialities!’

She is determined to repeat some gossip about what is plainly an illegal abortion:

‘He took out Margaret Somertoll’s appendix. At least,’ she added darkly, ‘everybody said it was her appendix, but I drew my own conclusions.’

One of many features, incidentally, that you wouldn’t find in an Agatha Christie book of the era.

As for the solution – well. Honestly, her books rarely make sense in that respect. The solutions are strange, and you are unlikely to say ‘oh yes I see, that makes perfect sense, how satisfying’. You don’t need to beat yourself up about not guessing what really happened. Nor do you particularly think the plan was clear in the writer’s head before she put pen to paper.

‘Suppose I can give you a list of eight persons, one of whom most probably moved the skull and so may know something about the death of Sethleigh – always supposing that the skull proves to be his skull and not the skull of somebody else! – wouldn’t that narrow the enquiry down beautifully for you?’

This reader is on the side of the inspector. Objects do move inexplicably, and I think GM is as bored as the rest of us, she doesn’t feel like working it out properly.

This is one of the books that has notes and a list of events at the end, which is very helpful if you really care what actually happened. In fact the woods that night resemble A Midsummer Night’s Dream or the Marriage of Figaro (compared with Mick Herron here) in terms of assignations and people just missing each other. ‘Hampstead Heath on an August Bank Holiday is not to be compared with the Manor Woods on the night of June 22nd,’ says Mrs Bradley.

Picture of the American silent film actress Priscilla Dean, with tennis racquet, from the Library of Congress. A ‘bally suitcase’ features a lot in the book, and the vicar’s daughter and the young Aubrey seem well represented in the second picture, self-evidently an advert of the era, from Flickr Internet Archive.

I felt the splendid fur coat lady had a look of Mrs Bradley. It’s a photo of Florence Julia Bach, an American painter and sculptor, and comes from the Smithsonian.

More of the Great Gladys all over the blog - click on the label below.