Reprint of the Year Award 2020 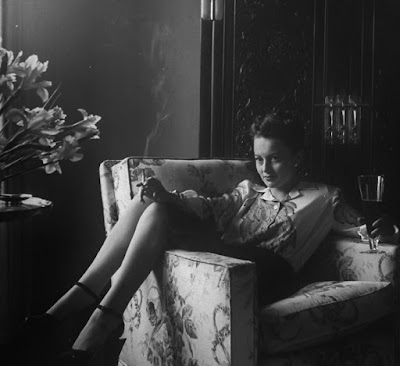 Here’s my first one: 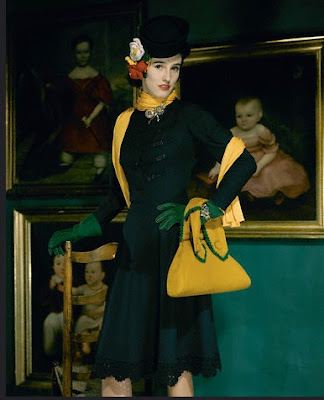 ... and it’s an absolute cracker. First recommended to me (as with so many books) by Kate herself, I was super-impressed by it. Atmosphere, plot and characters were all top-notch, and the fact that this writer is unknown and forgotten is a travesty. Yes, I feel that strongly.

Kay Ellis is a young grad student who gets a job at a museum in Hinchdale, a small mid-West town in the US. She has no money and few connections, and it is hard to make her way in life. But she is obviously smart and knows her subject, and she is grabbing the chance to take this job. This remote town has a massive endowment from a rich family, and have bought in a remarkable collection of bones – Kay can make her name here.

When she gets there, she finds that a) they are expecting a man, and are not at all happy that she is a young woman and b) that her immediate boss, Dr John Gordon, is in the same situation as her – determined to keep the job at all costs, and get on in life.

The complicating factor is Mrs Zaydee Proutman– a local girl who caught the attention of rich Mr Proutman when she was a waitress. She’s now the wealthy widow, and she has complete control over the museum in every single detail. She is not a nice woman, and ready to use her power ruthlessly. She also has a fancy for young Mr Gordon – and just how far is he prepared to go to stay in her good books? 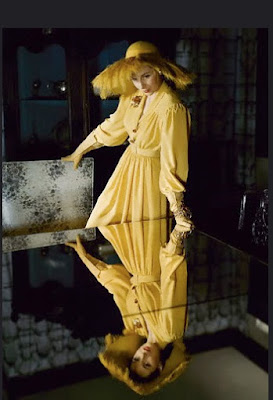 Kay and John (apparently the only two young people in town anyway) are immediately attracted to each other, but (as Kate points out in her review,) the book is very unusual in that you don’t have the faintest idea whether he is a viable prospect, a trustworthy person, a good match for Kay– or even a murderer. Tommy and Tuppence, they aren’t.

Because of course someone is murdered, and everyone is under suspicion.

Kay is a great heroine – interesting, brave, witty, and full of self-knowledge, and the story is genuinely mysterious. And although this is maybe a niche claim, museums are absolutely excellent settings for scarey goings on, and any scene in a museum at night will give me the shivers. And at the same time, there is a room full of mannequins in dresses, each with a corset over it, because corsets were how Mr Proutman made his money. I would never be less than delighted by a mystery that contained a Corset Room.

And the book also has excellent clothes descriptions, Mrs Proutman’s outfits a particular joy, accessorized with jewellery made of tiny Mexican sombreros - no worries about cultural appropriation back in the day, but still very much available now – these from Poshmark. 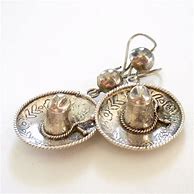 Kay: ‘No woman could be completely formidable who had that rather endearing kind of bad taste, I thought, and it was the kindest thought I ever had about Zaydee.’

Kay turns up in a ‘silver fox jacket and the violet homespun…So my hat was as pert, the silvery fur and violet wool as soft and smart as I hoped they were. 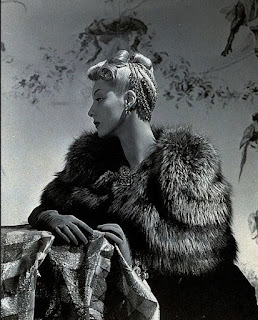 – homespun turns up a few times, Zaydee looks ‘handsome in purple homespun and red fox’, so I looked it up:

1 Of domestic manufacture. 2 Plain and homely in character. 3 Fabric woven at home. 4 A loose, rough fabric having the appearance of tweed. I think homespun is all these different things in different places in the book….

Zaydee also wears this corset: “I hear Zaydee wears quite a contraption now. Pink silk and velvet where it shows, but plenty of bones where it hurts.” (Picture is a corset dress, but how could I resist the photo?) 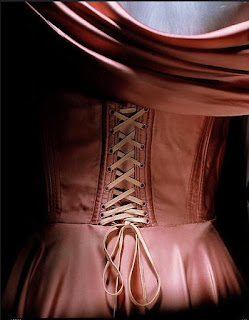 Wallis has a great writing style too:

The street was called Broadway with perfect propriety. It was the widest thoroughfare I have ever seen and the thoroughest. It seemed to go on forever across the world; probably it bisected the whole of the United States.

There is even a mention of one of my favourite books Willa Cather’s The Lost Lady. As well as ‘That year, winter came down early on the prairies. It’s a sentence in every novel of the sturdy pioneers, and it ran through my chilly mind…’ And ‘I had done my best with her furnace, the quality of my performance being just what those words usually imply.’

There are shivarees – helpfully defined as a charivari in one of my dictionaries. ‘A burlesque serenade of newly-weds’ apparently.

And so I would like to propose this book as the best crime story reprinted during 2020, and kudos to the always wonderful Stark House Press.

A few more items to tidy up:

One question about American life that I have never had satisfactorily answered: Why is ‘commencement’ something that happens at the end of your college career, rather than the beginning? I also always had my doubts about the US dish of “chicken-fried steak,” here excellently described as ‘an unlikely combination of bread crumbs, fat, and old leather belts.’ I also had to work out that ‘jig’ was short for gigolo.

Hat paint plays a small part in the story, not challenging my contention that this substance really is only ever used in murder stories, no-one ever dyed hats in real life... see some major investigation on the subject in this blogpost here.

John at Pretty Sinister Books reviewed this book some time ago.

And Curt at Passing Tramp writes very interestingly about Wallis and her life here - he also wrote the introduction to this re-publication.

It was a Wallis twofer, so I read the second book:

Blood From a Stone by Ruth Sawtell Wallis 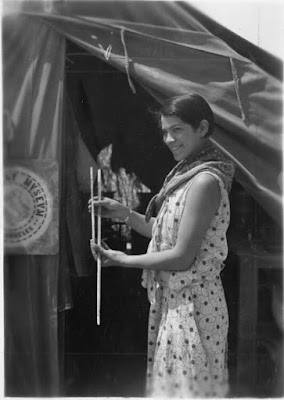 It’s very unusual: young American woman travels to rural France to pursue archaeology, gets involved in all kinds of things. It’s set in the runup to WW2 so the political issues are important. I very much enjoyed reading it, and the descriptions of local life, and the food, and an excellent party scene. There was a weird way in which it was reminiscent of Gerald Durrell’s My Family and Other Animals – both the book and the recent TV series – but with murders thrown in, and none the worse for that. A good easy read, though nothing like as compelling as Too Many Bones, and I did often get lost in the geography of the various bone-filled caves (rather like the heroine). It reads like a first book, with the other so much more assured – I wondered if she’d written it earlier and tucked it away. 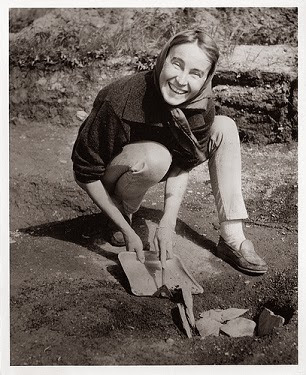 Top picture: A look of Kay in her dubious lodgings, though actually I think Olivia de Havilland, who died recently.
Dress with yellow accessories definitely looks like something Mrs Proutman would wear.

The silver fox fur is from some years earlier, but then it is meant to be a gift, presumably pre-worn so that’s OK. The ensemble does not look at all homespun, but it is clear that Kay is stylish and striking, so I decided to use this one, from Kristin.

Pictures from the Smithsonian Institute of real archaeologists going about their business: Anne Stine Moe Ingstad, who was Norwegian, and Bertha Parker Pallan [Cody], who was Native American.