Christmas Decorations: Who Has Holly?

This year we may need this more than ever, so here we are getting going in December.

the book: A Mixture of Frailties by Robertson Davies

Book 3 of the Salterton Trilogy

published 1958 (my edition also gives the date 1951, but that is apparently wrong) 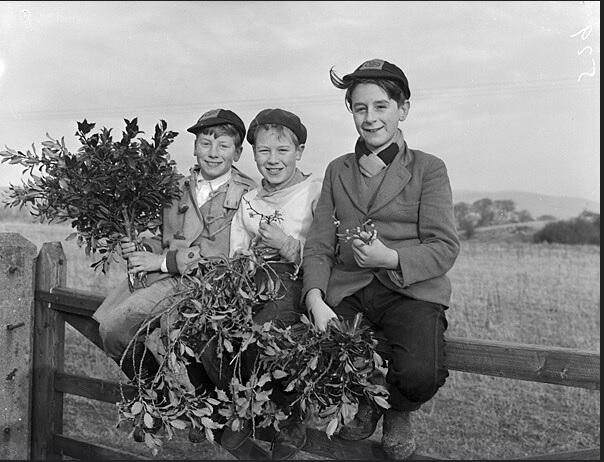 [Monica, a young Canadian woman, is studying in England, and goes to Wales for Christmas. She is out walking with a young man, Ripon]

‘Do you know, I’ve just had the most extraordinary experience? Look at these hedges; do you know what they are?’

‘Yes, but – I’ve never seen holly before. Oh I’ve seen a few sprigs, imported to Canada for decoration, and I’ve seen imitation holly. But this is the real thing – miles and miles of it – just growing beside the road as a hedge. All my life I’ve associated holly with Christmas, but I never really knew till this minute why. I never understood that it was something real. I’ve seen it on paper wrappings, and in pictures, and I never knew why it went with Christmas, except that it was pretty. But here it is, in December, green leaves and red berries and all! It’s like suddenly getting a mysterious piece of a jigsaw puzzle to fit into place.’… 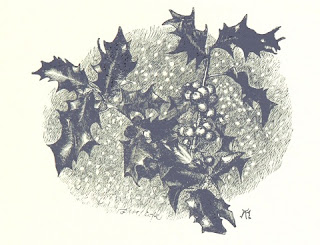 It was absolutely idyllic to gather holly and mistletoe… and hang it in festoons on the staircase, to put sprigs of mistletoe in places where mistletoe had been hung for as long as anyone could remember.

‘Mistletoe!’ [their hostess] cried. ‘Oh what fun! You’ll be absolutely worn out with gallantry, Mr Ripon.’

comments: There’s an authentic reaction for you, one that you would be hard put to make up: most people I’m guessing, including me, would have no idea that holly wasn’t universal. I discovered that Robertson Davies’s family, although based in Canada, owned a house in Wales that RD visited (in fact he spent his honeymoon there) – and the Welsh country house in this book is plainly based on it. So perhaps he too once had the sudden realization about holly. 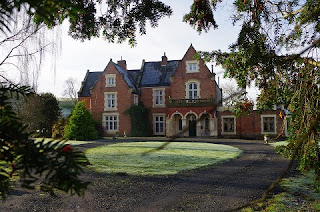 The Salterton Trilogy comprises three very different books, although part of the setting and some of the characters continue – Salterton is a small busy university town in Canada. Tempest-Tost is about an amateur performance of The Tempest, and although this is familiar ground (amateur dramatics AND campus novel) it is very very funny and a delight to read. Leaven of Malice follows some of the same characters as a joke goes wrong, legal action is taken, and a romance is in danger of failing: a small-town newspaper is at the centre of the action. In this one, the third, A Mixture of Frailties, a character from the previous books has left a ridiculous will which changes many lives. But then unexpectedly it turns into a fascinating novel about Monica, above, coming to Europe to pursue her music studies: Henry James-esque in its consideration of Old World and New, and the effects and importance of art and music.

The books are all very different and each is wonderful in its own way – I read all three during quite a difficult week, and they were perfect company at a hard time.

I love Robertson Davies anyway and never know why he is not better-known – though I presume (and my Canadian friends and readers can tell me if I am right) that he is revered as a man of letters in in his native Canada. I can remember picking up Fifth Business in the late 1970s, and being astonished that I could never find anyone else who had even heard of him. Davies (1913-95) is roughly contemporaneous with William Golding (1911-1993) and while I respect and admire the British author (world-class reputation, Nobel Prize) I would much rather read Davies: he writes so well, does splendid plots and characters, and has goodness in his heart.

And a good reason to show Welsh Christmas pictures from the 1950s! The National Library of Wales has a lovely collection. The boys above have been collecting holly and mistletoe to sell.