TNC & The Great Detectives: Marple and Silver fight it out

The Tuesday Night Club is back.


We are Golden Age Crime fiction fans, who in the past have done some joint blogging, and we are reviving our meme to mark the publication of a book called The 100 greatest Literary Detectives, edited by Eric Sandberg: many different writers – including our own Kate Jackson - are contributing sections on the chosen characters.

So we decided to come up with our own list, and after considerable back and forth (‘I’ll give you X if you let me have Y.’ ‘SOMEONE has to do Z’) and some very dodgy maths, we each have our list. Theoretically, this might be 10 each, but that seems very unlikely. We will each blog on as many sleuths as we can, and perhaps someone will add them all up at the end – Bev at My Readers Block, who created the excellent logo above, is of the opinion there will be 50-ish... (not, as one of my lovely readers thought for a  moment, that we were choosing sleuths in their 50s…)

Jim has collected this weeks links over at The Invisible Event, so you can read everyone's entries.

... and he listed all the Week 1 entries in this post.


We are playing fast and loose with time periods (this is by no means solely Golden Age anymore), definitions and numbers, and have in the end made up our own rules.
After my last week’s entry on Marriageable Single Women Detectives, for Week 2 I am going for

And first I need to say a big thank you to Noah Stewart of Noah’s Archives, because he claimed Miss Silver for his list, then generously said that I could have her. That was particularly good of him because he has written brilliantly on Wentworth’s Silver books before now, and even did a marvellous post on her clothes (!of all things – but I don’t claim copyright on that particular subject). I strongly recommend reading both these posts before I move in to trivialize the subject of Miss S, by comparing her with Miss Marple. 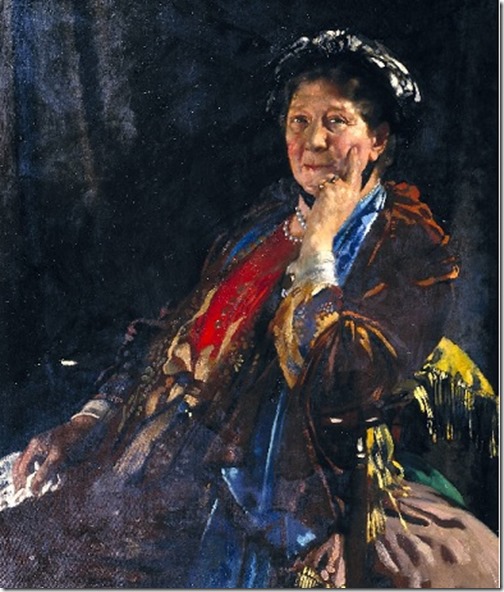 The two lady detectives arrived on the scene at the same time – Miss Marple in a short story published in December 1927, Miss Silver in a book called Grey Mask in 1928. I said in my blogpost on it that ‘she arrived fully formed, with one interesting exception. She is an old lady who investigates, she’s marvellous, she coughs all the time and is knitting some socks. The only thing missing is there is no mention of her past as a governess – this must be first revealed in a later book.’

(Miss S works for a living in a way that is not quite imaginable for the more upmarket Miss Marple, although Miss M quite happy to take money when it is offered by the right person.)

Both of them were slow to get going: Miss Silver didn’t appear again until 1937: Miss Marple’s first novel was Murder at the Vicarage in 1930, then a gap till Body in the Library in 1942.

Neither of the two lady sleuths is very good at showing her working: they seem to pick their solutions out of thin air, and there isn’t much in the way of proper detection and clue-hunting. Both of them spend a lot of time talking to the suspects however, which does make for enjoyable reading.

And now some differences:

1) The question of the young lovers. Robert Barnard, in his excellent book on Agatha Christie, says that one of the differences between the two writers is that there are always some characters in Wentworth who are automatically excluded from suspicion – basically the young lovers – and that this is most certainly not true of Agatha Christie, where absolutely anybody could be the murderer.

2) And that leads on to the results of their investigations. On a visit to Miss Silver’s flat, we find that there are many photographs scattered around:


The photographs were for the most part quite modern pictures of babies…Every photograph was an offering of gratitude from someone who stood in safety or lived in happiness and contentment because Miss Maud Silver had fought a successful battle for justice. If the battle had been lost, most of these babies would never have been born.

Now that, I would say, contrasts markedly with Miss Marple, despite surface similarities – Jane M is far too prone to finding solutions that blow apart families and couples, with little sympathy for, or interest in, those left behind. The lost boyfriends, the conmen, the dead maids – no lovely pictures of them, and no offspring to come. Miss Silver is made of gentler stuff, and both are enjoyable in their own ways. 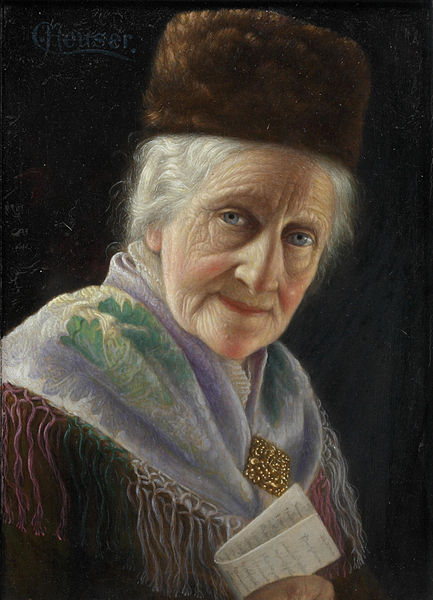 3) Both women knit, but Wentworth gives a lot more detail of what exactly Miss Silver is doing – usually clothes for the very dispiriting-sounding children of her niece Ethel Burkitt. But there is a most startling scene in Through the Wall, where Miss Silver is strip searched to eliminate her from an investigation. It is really quite unnerving, and my contention is that Miss Marple would never be put through that, but that Gladys Mitchell’s Mrs Bradley wouldn’t turn a hair. And then there is the revelation that Miss S knits her own underclothes:


Mrs Larkin, being passionately addicted to crochet, became quite warm in her admiration of the edging which decorated Miss Silver’s high-necked spencer and serviceable flannelette knickers, which had three rows on each leg, each row being a little wider than the last. On being informed that the design was original she was emboldened to ask for the pattern, which Miss Silver promised to write down for her. After which they parted on very friendly terms…

I have never really got over this whole scene.

****Added later: my friend Lucy pointed out in the comments below that I had misread this passage - it is a lace edging being crocheted, rather than knickers being knitted. I think I had picked the wrong bit of the book, mistaken it for THIS important section:


[Miss Silver discussed with Mrs Brand] a pattern for long-sleeved vests, and the address of a shop where the wool suitable for making them could be bought. It transpired that Florence had always worn wool next to the skin, and had now arrived at measurements which made it practically impossible for her to procure the necessary underwear. She got as far as saying that she might have some wool upstairs in the box-room, and Miss Silver offered to help her look for it in the morning.

Miss Marple is usually just knitting ‘something fluffy’ and occasionally a fascinator – a subject of much discussion on the blog, in its form of a light knitted head scarf rather than two feathers and a headband for wedding millinery. But I did like the detail that after someone has died, Miss Marple

laid aside the baby’s pink coat which she had previously been engaged in knitting and substituted a crocheted purple scarf. This half-mourning touch went with Miss Marple’s early Victorian ideas of tactfulness in the face of tragedy.

I loved this introduction:

‘Her name is Maud Silver. Louisa says she has solved many difficult cases besides being an extremely expert knitter.’ While, significantly, in her first case Miss Marple is described as a 'nasty old cat' by the charming heroine of the book.

Two final points about Miss Silver – as mentioned above, she coughs a lot. I have kept a count in some of her books, and it can be anything from 15 times to nearly 40, and they can be hesitant, prim, formal, enquiring, reproving, premonitory, and deprecatory. In the end Patricia Wentworth made this comment:

To those readers who have so kindly concerned themselves about Miss Silver's health: Her occasional slight cough is merely a means of self-expression.  It does not indicate any bronchial affection.  She enjoys excellent health.  P. W.


And the other point about the Silver books - where DO the first names come from? Patricia Wentworth surely loves a heroine with a stupid name: Lisle and Tanis, and Meade, and Columba, Dorinda, Carmona, Mirrie. When young girls wish they had more glamorous lives, these are the kind of fake names they come up with. Fair play to Agatha Christie, she tends to give characters sensible names.

Dame Madge Kendal, an actress of the Victorian and Edwardian era.

The other picture is Portrait of an Old Lady by Carl Heuser.

I will leave the reader to decide which picture I have assigned to which old-lady-sleuth.