Yes the rich are different... 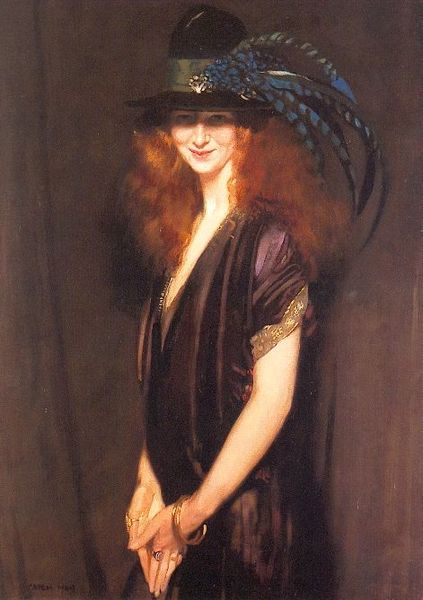 A less vulgarly, a less obviously purchasing or parading person she couldn't have imagined; but it prevailed even as the truth of truths that the girl couldn't get away from her wealth. She might leave her conscientious companion as freely alone with it as possible and never ask a question, scarce even tolerate a reference; but it was in the fine folds of the helplessly expensive little black frock that she drew over the grass as she now strolled vaguely off; it was in the curious and splendid coils of hair, "done" with no eye whatever to the mode du jour, that peeped from under the corresponding indifference of her hat, the merely personal tradition that suggested a sort of noble inelegance; it lurked between the leaves of the uncut but antiquated Tauchnitz volume of which, before going out, she had mechanically possessed herself. She couldn't dress it away, nor walk it away, nor read it away, nor think it away; she could neither smile it away in any dreamy absence nor blow it away in any softened sigh. She couldn't have lost it if she had tried--that was what it was to be really rich. It had to be THE thing you were.﻿

Visiting this book again, because it makes such an impression. Milly Theale, the beautiful, red-haired, good-natured heiress, is described many times in the book, with no sense of repetition but nothing added:

her black dress, her white face and her vivid hair

her big black hat, so little superstitiously in the fashion, her fine black garments throughout, the swathing of her throat [with lace and pearls].


And she is a memorable believable character, but one who has no point of view, we never find out what she is thinking directly, she always appears via other people. She could be a cipher, a pawn in the game, but she isn’t. She is a strange and clever creation. See more about this book in this blog entry…

Another example of the odd, strangely-constructed sentences:

He came to let her know that he knows better than she for whom it was she had a couple of months before, in her fool's paradise, refused him.

And a very odd visual metaphor:

When that was the case the reason, in turn, could only be, too manifestly, pity; and when pity held up its telltale face like a head on a pike, in a French revolution, bobbing before a window, what was the inference but that the patient was bad?

And yet again, the view that this book is worth ploughing through the difficulties and the complex language, and rewards the effort a hundred times. The mysteriousness, whereby sometimes you have to work hard to find out who is being discussed, let alone what is being said, and what any of the main characters know and understand at any one time – well, it is reflected in the fact that the book is full of secrets, meetings that don’t take place, a forever unread letter, events that take place offstage.

The picture is by William Orpen, called Bridgit, a Picture of Miss Elvery, and can be found on Wikimedia Commons.
Henry James The Wings of the Dove