The Camomile by Catherine Carswell 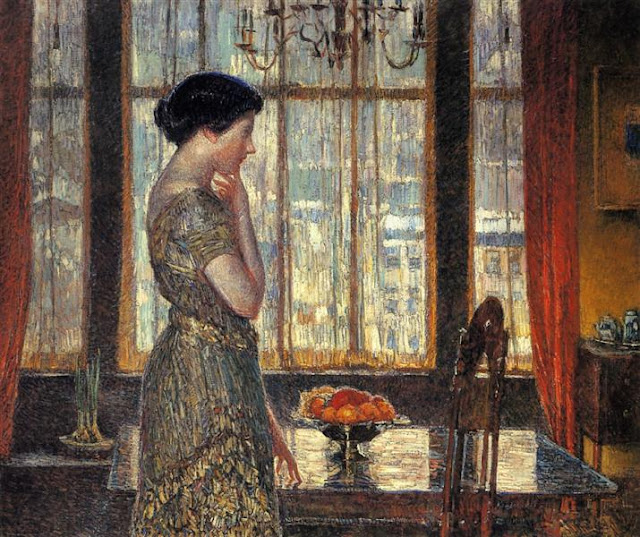 Sometimes I read a book and think ‘How dare the author assume that I want to know what is going on in her head in such detail?’ – and I can think this while simultaneously enjoying the book. It’s the nerve, the arrogance, that I am objecting too.

This is one of those books. It tells the story of a young woman who has been studying music in Germany, and has now returned to live in her home town of Glasgow. Another category of books comes where some passing reference to another time or place makes you think ‘that’s the book I want to read’, and again – the years in Frankfurt sound highly dramatic, between love affairs, starving artistes and dramatic disasters.

So our heroine Ellen is describing her current life to her mate from music college, and the book sways between journal entries and letters – ‘Instead of so many letters I may try to keep some kind of a journal and send it to you instead.’ Honestly, the author hasn’t even bothered to work out how she wants the book to be…

Ellen lives with a prim aunt and a disabled brother, and is making money by giving music lessons, but wants to be a writer. She rents a room to go to to write, and she also visits the library, where she meets an interesting dissolute man. Her aunt is very religious and easily shocked, Ellen manages some social life but wants to break free, she has friends who are not as Bohemian as she is. She does amateur dramatics and still has connections with her old school. There is a romance, a very nice young man turns up for her. Is he the right one?

Well, it writes itself doesn’t it? Yes, everything you would expect is in there, no real surprises. You get zero impression of what Ruby – the recipient of all this – is like, there is no feel for her or her life at all.

But with all that, it is readable enough, I didn’t actually object to finishing it. You would assume it was autobiographical. Carswell had an interesting life – she was a close friend of DH Lawrence – and there was a period that corresponds to the life of the book. There are a huge number of names and characters who are mentioned or who appear fleetingly. 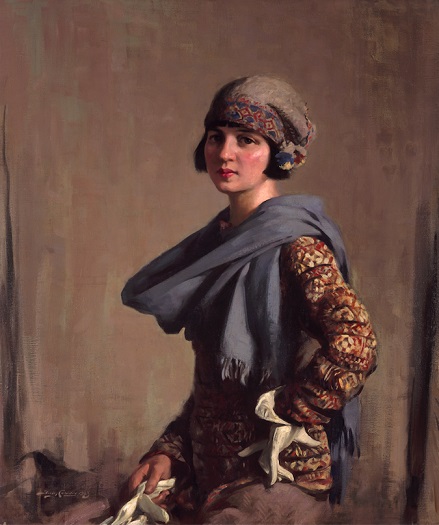 There are moments where she is amusingly honest about her own motives – she impulsively calls on someone she hears practising the violin, but is disappointed in his appearance. Later she admits to herself that she had romantic fantasies about this, which leads to one of my favourite lines in the book: that realisation comes to her while she is talking to her brother, and it shows in her face. ‘He asked me what was wrong. I did not tell him of course. I said one of the bones of my stays had run into me.’

For my list of things that would seem anachronistic if put into a historical novel set at that time but written now (I really need to find a shorter way of putting that): a pregnant lady in the book wants Ellen to play the piano so that the unborn child will benefit and become musical.

In fact it is slightly historical – the book is definitely set pre-WW1, perhaps around 1907 (based on the diary dates). Carswell was born in 1879, so that would fit in with her own life story.

The book reminded me of an Elizabeth von Arnim’s style – I’m not her (Von A’s) biggest fan, but she seems a lot more accomplished than Carswell.

The top picture is later – around 1918 – and is called New York Winter Window, by Childe Hassan, but it looked exactly like Ellen gazing out the window in Glasgow.

My Virago reprint of the book, dating from 1987, used the second picture as the cover – an excellent choice. It is ‘The Fair Isle jumper’ by Stanley Cursiter. 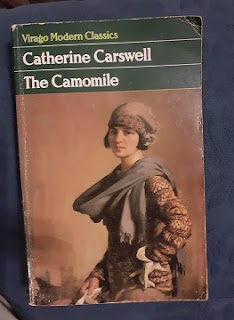