The Twyford Code by Janice Hallett 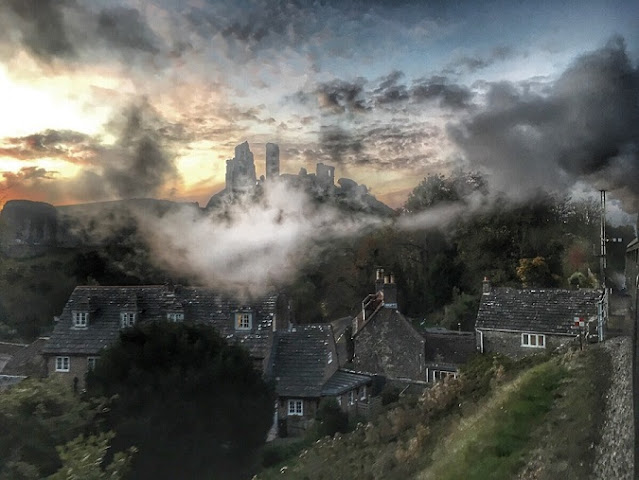 Janice Hallett’s first book, The Appeal, bounced into our lives in 2021. She surely wasn’t the first person to write a book in emails & other digital new media, but this one felt fresh – it was amusing, entertaining, and contained a genuine mystery. The structure – beyond the emails - was clever, with the idea that lawyers are reviewing all the documents in the case. The pictures of village life and of the awesome amateur dramatic group were marvellous. So she took some fairly well-established tropes and turned them into something that was genuinely new, and absolutely can’t-put-it-down compelling. It was the perfect lockdown read.

She’s certainly not trying to do the same trick again with The Twyford Code: there is one comparable item, which is that here we have transcripts of audio files, recorded on a phone, now passed on to someone for consideration. That’s explained at the beginning, and after that you’re on your own: you have to work out who is telling the story, and why, and you also have to cope with the transcription, which is far from perfect, and takes some puzzling out sometimes. This, to me, was always on the verge of being annoying (really? Every word, every time? A bit like having every header in every email in the first book)

And the story is off-the-scale weird, and very hard to describe, though extremely engaging and fascinating.

The speaker is Steven a middle-aged man from a rough background who has spent time in prison and basically messed up his life. He is obsessed with an incident from his childhood when a group of special needs kids went on a day trip with a much-loved teacher, and something strange happened. He is learning how to use technology, and reporting on his investigations in the audio files.

This is all tied up with the children’s books of one Edith Twyford, who at the very least has many features in common with the real-life Enid Blyton. Was she putting coded messages into her books?

Steven tries to track down the other people from the lost trip, and looks into the whole question of the books and what was in them. As Brad (see below) says in his review, he is ‘on a hunt for . . . what? Treasure? A national conspiracy? Perhaps his heart’s desire??’ 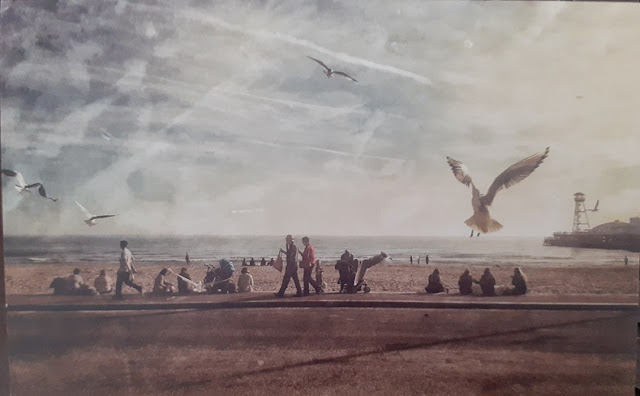 I think I can guarantee that you are not thinking ‘well I’ve read loads of books with that setup’ – Twyford Code does make you realize how rarely you come across a book that genuinely resembles nothing and comes from nowhere.

I don’t want to write too much about the book, because one aspect I enjoyed was that when I started reading I didn’t even know as much as I have outlined above, and I loved that I hadn’t the faintest idea where it was going. (and, I can tell you, absolutely couldn’t have predicted any of it.) 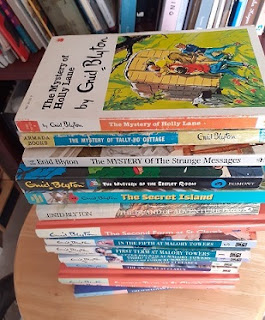 So this time I am going to say: I very much enjoyed this book, and highly recommend it. If you are frustrated that I have told you almost nothing about it, then I am going to pass you on to three of my mates whose blogposts most certainly do not spoiler The Twyford Code, but have a good stab at giving a map of the action:

The important daytrip is to Dorset, where Edith Twyford lived in the book, and the children go to the beach. Blyton did not, I think, live in Dorset, and most of her books are set in the lost domain which is Blyton-World, but the Famous Five recognizably went to Dorset for their hols. The  two good photographs are, first, of Corfe Castle in Dorset – widely believed (certainly by us locals) to be the original of Kirrin Castle. Picture taken from a steam train. And secondly, Bournemouth beach. Both are by my favourite photographer, PerryPhotography - find her on Instagram at @dhellphotography

The not-so-good photo (well up to my usual standards) is a pile of Enid Blyton books in my house. I forced my own children to read them as I had enjoyed them so much myself, and Malory Towers is as likely to give us a comparison, family saying or catchphrase as Friends is.

Enid Blyton is mentioned quite a lot on the blog, in various unlikely places – Ian Fleming, Vita Sackville-West - and there is a blogpost on one of her more obscure books.