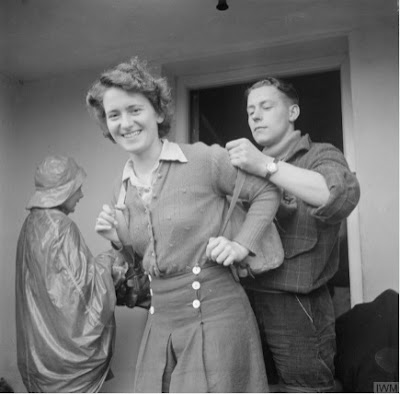 For last year’s online Bodies From the Library conference, I talked about Gladys Mitchell with Len Tyler, with some informal buy highly-valued assistance from the Greatest Living Expert on Gladys, Jason Half. (You can read about this year’s in person event here). I read a lot of her over that period, then had an understandable pause – but am now back reading her regularly. (You can find many, many previous posts on Gladys books on the blog)

The action of Here Comes a Chopper starts over the Easter Bank Holiday weekend, (and continues on for several clearly delineated months) so even though there is no religious content at all,* it seemed the right book to do now. There is only a superstition, about not having 13 people at a dinnertable (‘the first person to leave the table will die next’) – but that’s pretty modest by Gladys Mitchell standards – she likes folk customs, the more menacing the better, and happy to move on to sinister rituals; but not in this book.

*Apart from this: 'The company, not unnaturally, looked wooden and non-committal—the usual reaction on the part of English people to any reference to the Bible, their national book.' It was a mention of the story of Joseph - who, as it happens, came up also in Brat Farrar which I read again for the post on impersonation last week. 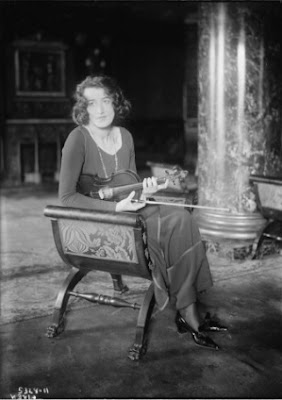 Here Comes a Chopper opens with a thrown-together young couple, out hiking round the countryside, who stop at a posh house to ask for directions, and are unexpectedly pulled inside to join a dinnerparty, for a reason you can now guess. [For no good reason, the meal includes Xmas Pudding and Xmas crackers, never explained.] Afterwards the couple try to get home, and discuss everyone they’ve met, but there are too many of them to keep track of at this stage. It’s a leisurely opening even though quite a lot is happening.

Someone goes missing, and there are unrestrained searches round the countryside. Mitchell always has a real feel for the English landscape, very atmospheric and convincing and un-cosy, and it comes out well here.

A body is found, but is it the right one? Is the car burnt or wrecked? What exactly did the train driver see? Where is the head?

The book is a very good one, quite ridiculous, and all the usual downsides, but rattles along very nicely, and funny:

‘That's the point,’ said Lady Catherine, upon being appealed to on the question of whether Lingfield were married. ‘He was. Far too much married, poor man. Bigamy. Didn’t you hear? The scandal of two continents; three, if you count India as Asia.’

‘I say,’ said Roger, completely overcome by this tribute, although it was, in crystallized form, his own opinion of himself.

[His other young woman will say later ‘dispassionately’: ‘I didn’t, personally, think “Claudia” rhymed too well with “disorder”]

Roger is a teacher at a prep school and there is a wonderful day outing to London including the Tower of London and a river boat trip – it takes up a huge amount of space, and is mostly unnecessary, but I enjoyed it very much. (Mitchell’s interest in, and descriptions of, the Thames in fact made me think of Caroline Crampton – known mostly as the proprietor of the Golden Age crime podcast Shedunnit, but also the author of a wonderful book about the Thames, The Way to the Sea.)

There’s another sequence where (again unnecessarily) Roger has to chase after two of his pupils who have sneaked out to go to a local theatre. There is discussion of the Bournemouth Little Theatre Club – a 100-year old amateur theatre with a distinguished and fascinating past. I read about it in Mo Moulton’s 2019 ‘Mutual Admiration Society’, which tells the story of Dorothy L Sayers and her Oxford friends, several of whom – obviously including DLS - often pop up on the blog. The amdram company in the book is perhaps based on it.

Roger wants to burst in and carry off his young charges, but the stern usher will not let him. This scene appealed to me very much because I once went into the wrong cinema screen to hunt down some malefactors, then had to cross the corridor to Screen 2 – where my son, his friends, and apparently half his schoolmates (the other half had been in Screen 1) stared at me in amazement. Their key question was whether I had had to buy a ticket to do this. No I hadn’t – no usher can stop an energetic mother on the prowl at half-term. I was tougher than Roger….

The book is a rocking ride where we dip in and out of a weird series of events. Mitchell doesn’t bother writing her characters in or out of scenes. Maybe that bored her? It leaves all kinds if unaddressed problems – but if that’s going to bother you, then probably Gladys Mitchell isn’t the best choice of crime writer. For those willing to skate over some aspects, she’s marvellous.

Roger and Dorothy spend a lot of time hiking so at the top is a great picture from the Imperial War Museum of hikers in 1944.

Claudia is a noted violin player, with ‘surprisingly muscular arms’ – the picture is of a prodigy violinist called Thelma Given, and is from much earlier than the date of the book.

Archery features throughout the book: the photo is actually a Country club in North Carolina in 1939.

Bodies from the Library Gladys Mitchell Here Comes a Chopper