The Beloved Girls by Harriet Evans 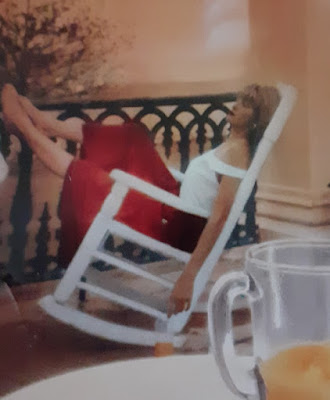 Mrs Red, whose family had lived here for generations, liked to tell us bloodcurdling stories of yesteryear. ‘There were wolves in the woods, long ago, they’d eat the lepers, and the bones would be found, flush with flies, they’d have to burn them.’ (I sometimes tried to imagine hearing a sentence like that back in Greenford.) 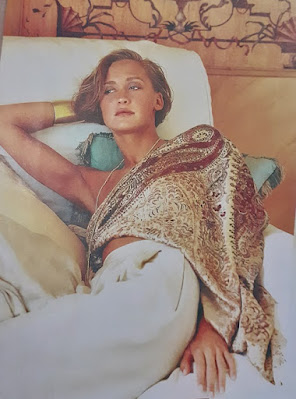 I love Harriet Evans’ books - you can find enthusiastic posts about her The Wildflowers & The Garden of Lost and Found on the blog – because they are serious, interesting literary works, but at the same time they are entrancing and magical and funny and rattling good reads. Are we STILL not all convinced that those features can’t exist together? I’m probably preaching to the converted among my readers…

This is her latest, it came out last year, and it is well up to scratch. Harriet Evans says this: I'm always looking for stories that take me out of my world and into a totally different one that absorbs me 100%. That's the kind of book I want to write, too… [Beloved Girls is] a Gothic summer mystery about a strange house and family with secrets and a young girl who gets caught up in their games with tragic consequences.

In the middle timeline, an outsider girl goes to stay with a talented wonderful family with an amazing house. There are folklore customs, a weird ceremony, there are bees and there are young people having their usual issues. Something goes badly wrong at the bee ceremony in 1989. But what happened then? And what is going on in the life of the modern-day Catherine, so successful, so happy, such a perfect life? Ah well…

The posh bohemian family have a big moment each year when the whole village gets involved in the Collecting, with the bees, and the mysterious stone chapel in the woods.

It’s a long hot summer: ‘We existed outside, on the terrace, by the pool, scrambling along the steep scented paths down to the beach, into the woods. And the chapel and the bees.’ 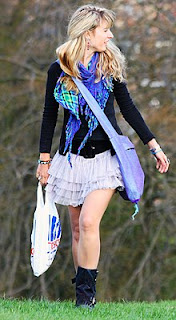 Everything is changing, and it’s obvious something explosive is going to go wrong….

Well they are all tropes we’ve seen before, you may be thinking – though nothing wrong with that anyway, I never get tired of that. But the POV of the book cleverly changes at various points, keeping the reader guessing and somewhat disorientated. The book does strange and interesting things with its themes, and it is a sad and haunting story, with an excellent feminist line running through it. It is not at all sentimental, and takes a pretty cold view of many aspects of family life. 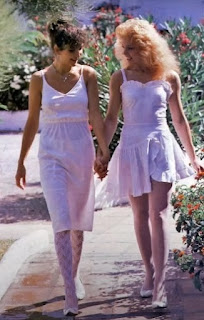 The summer of 1989 is nicely described – the clothes, the music, the interests of the young women. The casual background relationships among the young people are cringe-makingly recognizable, and there is a very well-done sex scene. And then there are other things going on as well.

The book features a version of that very strange traditional song Green Grow the Rushes-O, tailored to the family and the plot. But it is already a weird song because nobody really knows what it’s about, there is no certainty about cracking the code, though its obviously symbolic and meaningful. This is the Evans version – you can find the original version easily online.

Twelve come for the comb, O!

Twelve for the twelve new hunters,

Eleven for the eleven who went to heaven

Ten for the ten commandments

Nine for the nine bright shiners

Eight for the spring Collectors

Seven for the seven stars in the sky

Six for the six-sides of the comb

Five for the five proud walkers

Four for the honey makers

Clothed all in green. O

- It forms a haunting and eerie background to the book. 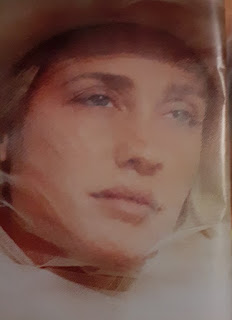 Normally I love looking for clothes illustrations for a book set in 1989, but this one was hard, because the pictures I found tended to be either too polished or too young-looking. But I persevered and quite like these ones, from fashion magazines of the era and some from the internet. (The model above gets in because she looked as though she might be wearing an inadequate beekeeper's veil)