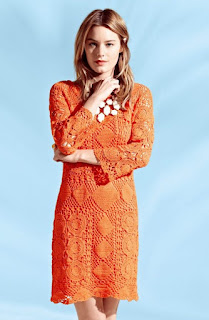 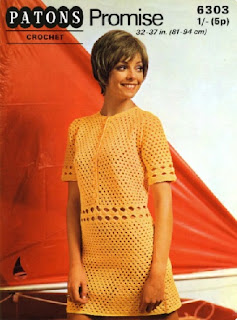 The day of her wedding, Jane had stepped out of the car in front of the courthouse wearing a marmalade-colored crochet dress from the thrift store and her hair pulled into a topknot circled with daisies, and he had looked at her in a way that made her feel as if she were floating… 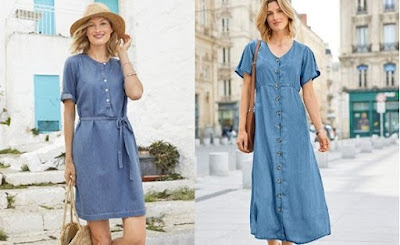 [planning a dinner party to introduce a new friend] “Don’t you have a very sweet denim dress?”

“Please wear that,” Aggie said, “so that if Raelynne wears denim, she won’t feel she’s the only working-class person present. She should realize that not all of us are glamorous and sophisticated.”

comments: Katherine Heiny’s Standard Deviation (2017) is one of the best novels I read over the past five years, and also without a doubt the funniest book I have read in 10 years. In fact, it instantly entered my top 10 in all categories, and I have read it several times since, and it never fails to provide raucous entertainment and comfort.

This, her second novel, is very different, and I’m not sure that I would have guessed it was Heiny if reading it blind. But it is equally clever and observant and charming and affecting. Not quite as funny as the first one, but still a hugely enjoyable read.

One intriguing aspect is this: if you read Standard Deviation you would assume Heiny had led her whole life entirely in Manhattan. But reading Early Morning Riser you would equally guess that she had never moved from a small town in Michigan. She’s a very clever writer…

Jane moves to Boyne City* in Michigan, to take up a job as an elementary school (= UK primary school) teacher. The book tells the story of nearly 20 years in her life, from 2002. She meets Duncan, local charmer and an absolute delight. A running joke throughout the book is that he has slept with such a large number of women that it is difficult to keep track of them. This is a very hard joke to pull off in this era, and even harder to make Duncan seem wholly believable as a Don Juan AND a lovely character AND someone who actually likes women. He is a triumph of the writer’s art.

…Finally she laid down her fork and said to Duncan. “I’m sorry, but how is it possible that you don’t remember having sex with me after a Grateful Dead concert in 1984?”…

Duncan looked up from his plate. “I went to 13 Grateful Dead concerts in 1984. Can you be more specific?”

And the question of the various Lisas is another fine moment: ‘Guess again, Sunny Jim’.

He works as a furniture restorer, and also notoriously is very slow, keeping people’s items forever:

[the customer] “said she’s coming in today to see how much progress you’ve made.”

“Well, put the chifforobe in the middle of the workroom and scatter some sawdust round it,” Duncan said…

I may have to add chifforobe to my very occasional FurnitureWatch feature – normally I am looking out for credenzas (and yes there’s one here, even Jane doesn’t really know what it is) and davenports. See my books blog bingo for more on this, and my planned female fictional PI may now be known as  Credenza ‘Chiff’ Davenport.

Jane and Duncan's relationship has ups and downs. Jane becomes part of the happy town community and gets on with life. At one point you can’t see how (or even if) she and Duncan can get back together. Their hilarious friends and family pop in and out. Then something happens – a big event that changes lives. It is wholly unexpected, and it is best to go into the book with no idea what direction it will take. There is a moral and ethical side to the aftermath that is fascinating to consider and to make a person wonder what they would have done. The book is light, entertaining, an easy read, but shows a most unusual attention to the big questions of life, and shows how basically good people can still be incredibly annoying, and the importance of trying to do the right thing, however reluctantly. It has a firm moral framework.

After the bombshell event, life re-groups and goes on, and we keep following Jane and her friends.

Heiny does the best descriptions of social events, and there are some excellent parties here, well up to the high standard of the Thanksgiving scenes in Standard Deviation, from Taco Tuesdays to the dinner party with the Grateful Dead dialogue above to TV/film watching events. Heiny is always really good on food, and on clothes – no wonder I love her.

It seemed to Jane that every item of clothing Aggie owned was the colour of some delicious food: melon, honey, peach, salmon, butterscotch, raspberry, lemon. Perhaps because she was such a good cook.

Jane meanwhile gets hers from the thrift shop, as, above, her wedding dress. Marmalade -  more food. (On the blog here is another book that specializes in food colours and metahphors)

Heiny draws tremendous characters, rounded and with good and bad sides. The book is entirely seen from Jane’s point of view, but still the author manages to make us see past Jane’s (entirely reasonable) prejudices. There are no villains: like real people, the characters can be stupid and thoughtless one minute, but show a sudden kindness the next. And the dialogue is always wonderful - simultaneously real, and funny, and making you think you’ve never seen it written down quite like that before.

Had Jane’s mother ever just accepted anything? Ever chosen silence as an option? Ever thought, Well that’s unusual, but perhaps I’d be better not saying anything? No. Jane could not remember a single occasion.

Here's a mother dealing with her children: ‘she reached for patience the way she might reach an arm behind the sofa to retrieve a dropped TV remote. She groped for a moment, felt patience fumble from her fingertips, and then got a grip on it and pulled it out.’

And those moments where Jane feels got at – as above, and here, both comments from Duncan’s ex-wife:

“I think you’re good for Duncan… He needs someone who isn’t so concerned with being glamorous all the time, who isn’t outrageously pretty -”

Early Morning Riser had the feel of an Anne Tyler book sometimes (a great compliment) but Heiny is her own self. Can’t wait to see what she writes next.

*Boyne City is a real place, and there is a hilarious one star amazon review of this book by a grumpy citizen who feels his town has been misrepresented. In fact I think most readers love her picture of Boyne City, and would like to live there.

There is another crochet wedding dress on the blog – this one yellow – in Claire Fuller’s Swimming Lessons.