A Short History of Christmas Crackers. And Murder

the book: The Murders Near Mapleton by Brian Flynn 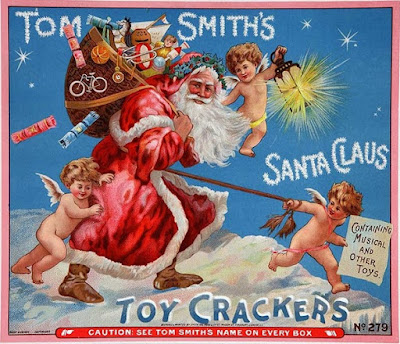 Helen looked across at him with strong indignation in her face. Emily Venables returned her look for look. The amenities of guest and hostess were temporarily forgotten. Sir Eustace went on. “It was in the eyes of the first little girl whom I was able to get to safety. That is all I have to say.” He sat down and picked up the red bonbon of crinkled paper that lay beside his plate. The others saw the action and recognized it as the signal to pick up their own. The noise of the pulling of the crackers snapped through the room. Suddenly Sir Eustace’s face went the colour of cigar-ash and his eyes held a strange anxiety. His more intimate neighbours noticed the rapid change in his facial colour. He half-rose in his chair and then sank back again as though uncertain what to do. 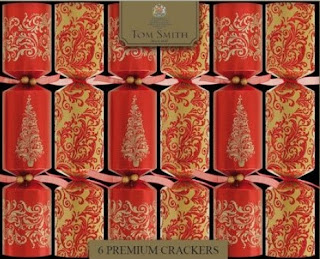 “What were the colours of the dresses worn by the various ladies last evening?” “I wore a buttercup yellow, Mrs. Prendergast and Mrs. Venables black georgette—Ruby Trentham a café au lait crêpe de chine—we four were the only ladies present.”

“There’s a little problem in colours for you, Craig,” said Bathurst with the momentary flicker of a smile on his face. “Two blacks, a yellow and a coffee—and on this occasion—just as is usually the case—two blacks won’t make a white.” 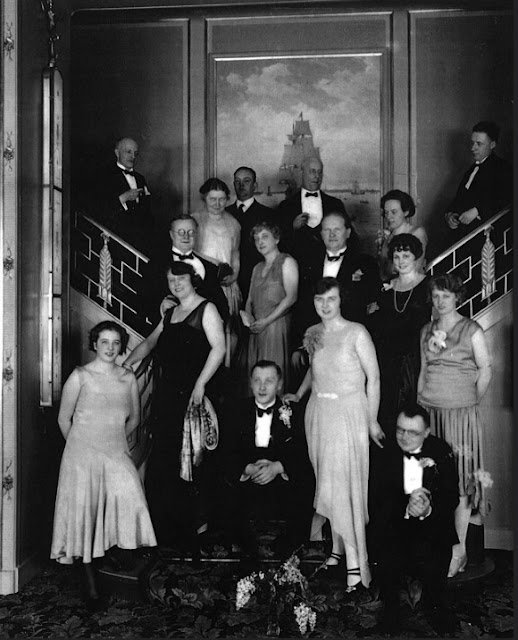 comments: Brian Flynn is one of those no-longer-forgotten Golden Age crime authors who is slowly coming back into consciousness – as so often the case by the Dean St Press, and in this particular case with the encouragement of Steve Barge, otherwise known as the Puzzle Doctor. Steve is a great champion for Flynn, and his series sleuth Anthony Bathurst, and has written introductions to the reprints.

In this case he clears up the first mystery (non-criminal) which is the nature of the bonbons above (not a spoiler…):

The Christmas theme is almost incidental, however, with the only real link to the tale being threatening messages hidden inside bonbons. Perhaps that last sentence needs a little explanation. Christmas crackers have long been a festive tradition, fancily decorated cardboard tubes containing a motto or joke and a small present. When they were invented by Tom Smith in 1847, they were referred to as “bon-bons”. The simple reason for this is that Smith had been a sweet seller, and he simply took his usually wrapped sweets (with the wrapper twisted at both ends) but inserted a message between the sweet and the wrapper. He developed these quickly into the more recognised version of the cracker, referred to initially as the Cosaque, but soon adopting the name used today. Some people continued to use the name “bon-bon” however – it is still in common usage in Australia – and one of those places was the Flynn household. It is difficult to find out how widespread the name “bon-bon” was elsewhere, but there were still numerous mentions in the national press at the time, falling off in the 1940s. However, the modern reader, hearing of messages hidden in bonbons, may well think of sweets, so hopefully this clears up that potential confusion.

[Picture above, from the UK National Archives is, obviously, an advert for Tom Smith crackers. Or bonbons. The firm is still making them.]

One can speculate that the title was changed to the somewhat underwhelming “The Murders Near Mapleton” from “The Red Bonbon Murders”, suggested as the name of the case in the story, to clear up any confusion at the time. Why Flynn chose not to hyphenate the word, which seems to be the standard way of writing it, is another question.

I have to agree: ‘The Murders Near Mapleton’ is a very dull title, and Red Bonbons (or almost anything) would have been much better. (While preparing this post I have regularly written it as The Murders at Maplehurst, and various other combinations of the words involved, or nearly those words) 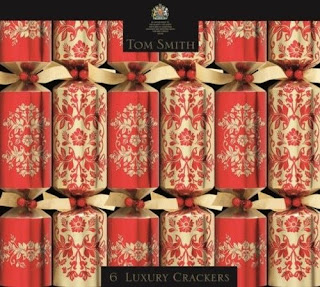 It is a very classic crime story: it is snowy and Christmas-y, a houseparty has gathered, and something is going badly wrong for the host, Sir Eustace. Meanwhile the Chief Constable is chuntering around the countryside with the gentlemanly amateur sleuth Anthony Bathurst (who might argue with the two adjectives there) and they come across evidence of a crime…

This was the first Flynn book I had read, and I can see why Steve likes them: this was a good plot with a lot of proper detection. There is a big surprise in the first third of the book, and Steve and another great crime expert, Curtis Evans, disagree on whether it is spoileresque to reveal it – so I’m saying nothing. If you like to discover everything yourself, then only read their reviews (and the comments) after you have read the book. Of the final solution, I confidently worked out half of it, but still was surprised by the final reveal. A huge amount of information was kept from the reader till near the end, but still – it was well worked out.

Given the artificial toffs’ houseparty setting, there was still some interesting working-class characters – I liked the man who was seeing his girl: ‘my mind was a-running on my little bit of cuddle’, though I refuse to believe in a pub called ‘The Cauliflower and Crumpet’!

Flynn likes a bit of purple prose – as in this passage:

Mr. Bathurst could see the fires of the Inquisition burning again in the depths of his eyes. He himself was no stranger to hagiology and had more than once realized the thin line between Supreme Devotion and Fanaticism.

And then there is this when a culprit is identified:

[X’s] voice rose in an infuriated scream. “You devil! If words could burn, I’d ransack the dictionary of Hell for your cremation—your blasted cleverness is inhuman—you—”

Party people photo from Kristine. Modern day crackers from Tom Smith, still making them. In a recent entry we found out that holly isn’t really a thing in Canada: the comments on that post revealed that in Sweden they have holly, but there is no Christmas connection. Well Christmas crackers: when we lived in the USA (it may of course be different now) we were surprised to find that there was no tradition of crackers there. It was possible to get hold of them, but you had to go to a specialist shop.