A Holy Statue at Xmas-time…

the story: A Saint (Unknown) with Two Donors by Sylvia Townsend Warner

short story published in the New Yorker in 1965, then in story collection One Thing Leading to Another in 1984 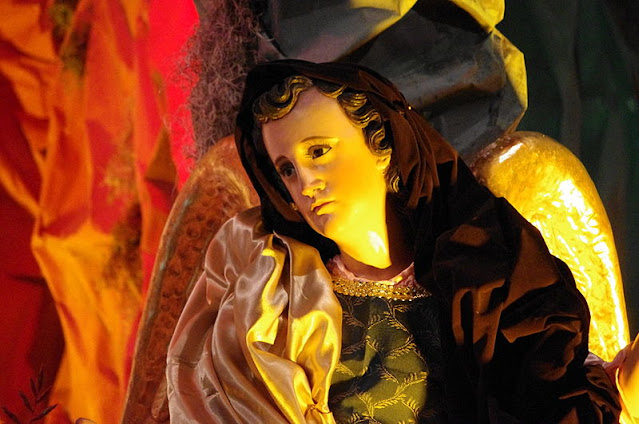 Standing on the cart was a [statue of a] life-sized matronly lady in an ecstasy.

‘Good Lord! There’s Baroque for you! High Baroque at that.’

‘If you ask my opinion,’ said the smaller man, ‘she’s an antique. That is, judging by the weight.’

Jim agreed, adding that those wormholes weren’t made yesterday.

Mr Edom remarked that some of them were.

[The owner of the antique gallery, and his assistant, have been worrying about the statue that they obtained from a Catholic church]

No longer an embarrassment to Mr Edom, no longer a Bernini to Mr Collins, no longer a false note, she became, briefly, their private pet. And on Christmas Eve – by which time she had been brightly painted and lavishly gilded – she was taken by car, under a tartan rug, to a Catholic orphanage three counties away. There, in the porch, at 1 am precisely, they left her – a Saint, a Muse and shortly, they hoped, to be as good as a Circus. 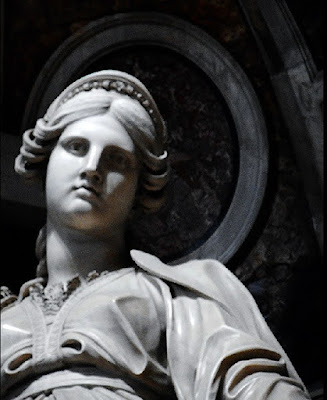 comments: I posted on another of the stories in this book earlier in the year, and talked about the collection. Four of the stories are set in the Abbey Antique Galleries, in a small town somewhere in Middle England (within striking distance of Salisbury…). These stories are blissful: hilariously funny and building characters in a few lines. The people who come in and out of the shop become like people you know. They are kind-hearted but sharp stories: clear-eyed about people’s frailties, but with a goodness and charm about them. I loved them, I wish Warner had written a whole novel about them all.

In this one the statue has been thrown out by the local Catholic Church, and there is some nuanced trouble about that. Mr Collins loves the statue, and spends time renovating it.

And the second part of the quote above is the end of the story, so that was a spoiler.

The title story of the collection (One Thing Leading to Another) is about a housekeeper in a Catholic Parish, and – as with most of the stories in the book – you would be hard put to predict where it will end up.

As I said in the previous post, some of the stories seemed sub-par, but the ones that were good more than made up for that..

Lolly Willowes by Sylvia Townsend Warner has two entries on the blog. My favourite of her books is the little-mentioned The Flint Anchor – I read it in pre-blog days and my NY resolution might be to re-read it. 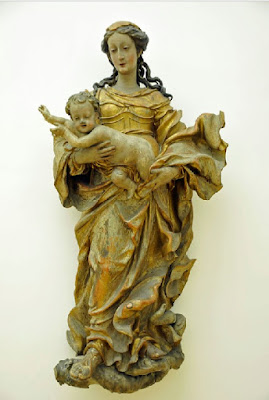 None of the pictures probably looks like the lady in the story, but I did enjoy finding them.

The top colour picture is of an angel sculpture from a nativity scene at the Cathedral of La Antigua, Guatemala.

Then a marble statue of St Helen by Andrea Bolgi, in the basilica of St Peter’s.

And  a baroque wooden statue from the Tirol: described as: Woodcarved polychrome Madonna by Andreas Thamasch in the Museum Ferdinandeum in Innsbruck, photo taken by Wolfgang Moroder.