The Searcher by Tana French 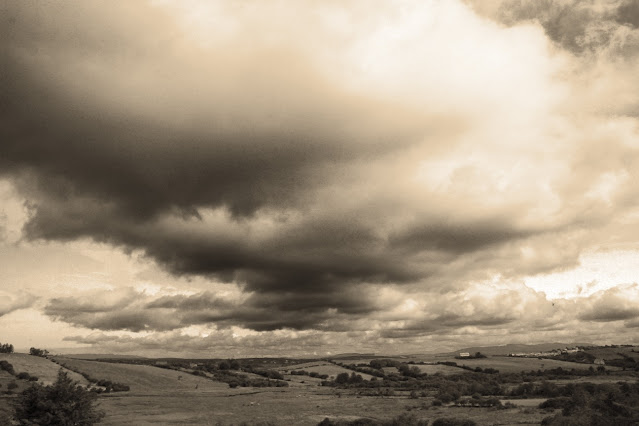 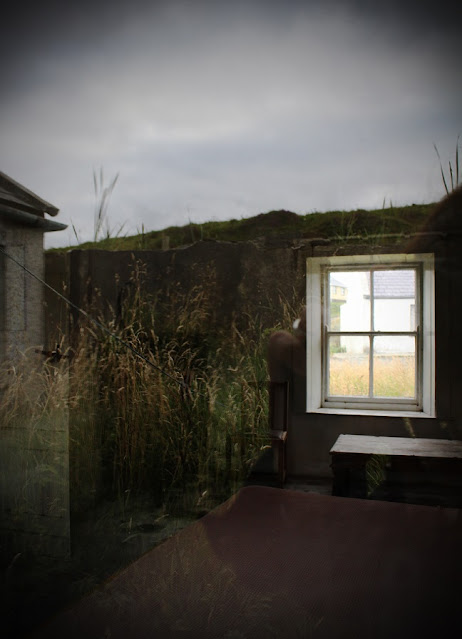 Any Tana French is an automatic read, no hesitation. When I realized how much I loved her books (long after everyone else) I tried rationing them, so I didn’t use them up too quickly, and have to wait a long time for the next one. Hopeless. I got through them very quickly. The Wych Elm came out last year (I imported a copy from the US because the publication date there was earlier) and now this is another standalone ie not connected to her Dublin Murder Squad series. 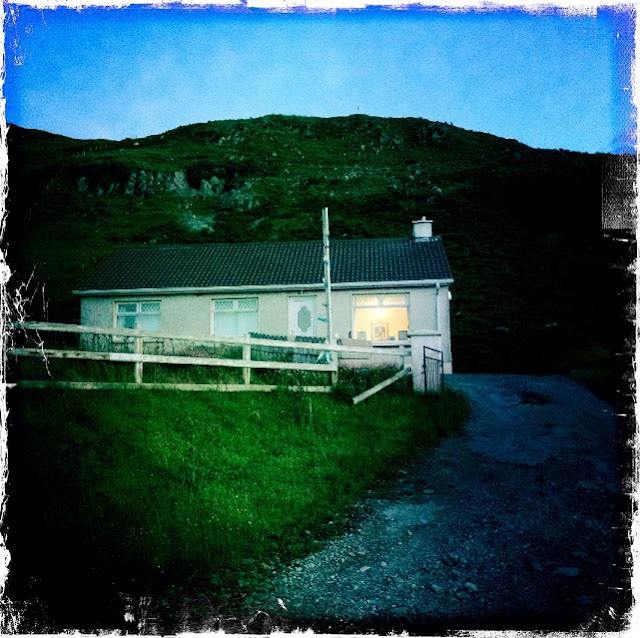 It’s very different in some ways: still the Irish setting, but very much not Dublin or the nearby towns. Cal, a retired cop from Chicago, has bought a broken-down house and some land in a small village, Ardnakelty, a remote spot somewhere in the centre of Ireland. He is slowly doing up his house and getting to know the locals. He gets a feel for something going on locally, but is keeping clear. Then a teenage boy starts turning up at the edge of his property. Eventually Trey starts helping with the renovations, and asks Cal to help find his brother Brendan, who disappeared a while back. Trey’s family is seen as very rough locally, nobody is taking the lost boy seriously. Cal starts asking questions, knowing this is likely to cause trouble. There is already something going on: dead sheep. 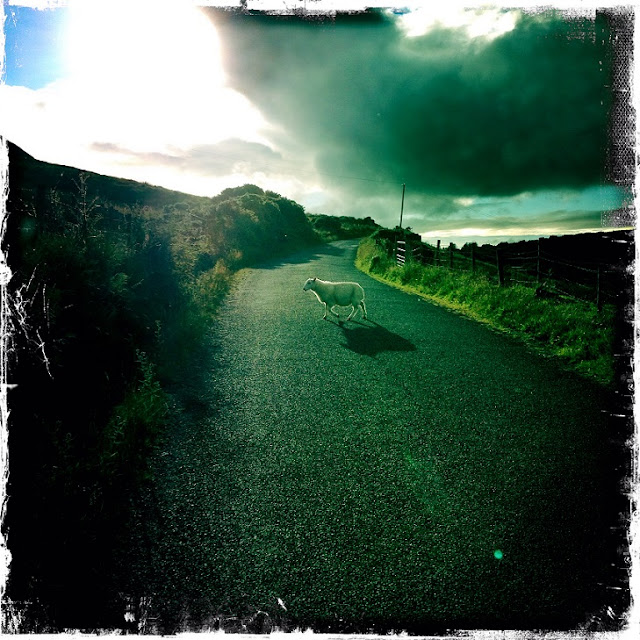 It's a mesmerising book about rural life: the ups and downs, the sense of community and the lack of privacy, the casual attitude towards law and order, the poverty and hard lives of those at the bottom of the pile. The problems for young people, running out of possibilities in this area. But also the fun, the evenings in the pub, the music and the chat. French always has the best ear for conversations: ones that may mean something and ones that don’t. She describes a hard evening’s drinking almost in real time and you feel you lived through it with them. She creates wonderful characters – so vivid and rounded – and the whole world of the village is totally convincing, down to the gossip passed on by the local shopkeeper. 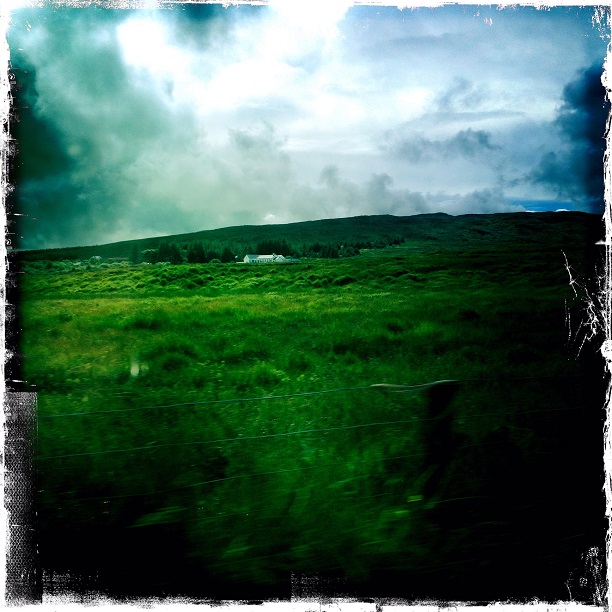 I very slightly missed the life of Dublin from the other groups, I like a city story, and also the gangs of young people she does so well, the chitchat and social media (to my mind her young-people’s-lives are at least the equal of Sally Rooney and Normal People), the class consciousness and the attempts at romance. This was a smaller setting in terms of the number of characters – although the landscape was not small-scale. But I have no arguments: I will still read whatever she writes. 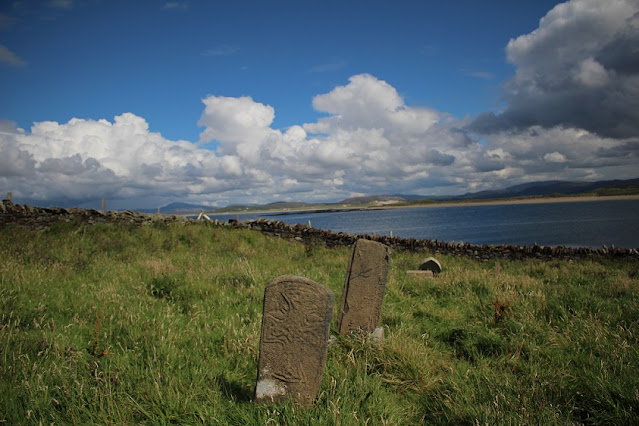 I really wanted more of Caroline, a young woman who only appears in one short scene. I loved her suggestions for a present for a 6 year old girl:

‘No problem,’ Caroline says cheerfully. She heads behind the counter, picking things off racks and shelves on her way: a gauzy green fairy doll, a shamrock T-shirt, a silver necklace in a little green box, a fuzzy black-faced toy sheep. ‘If she likes fairies she’d love this. Or if she’s more sporty maybe a top and baseball cap?... Or you can’t go wrong with a claddagh necklace. It’s the traditional Irish symbol for love, friendship and loyalty.’

The 6 yo is imaginary, it’s an excuse to talk: the shop is tourist gift tat, and the job is part-time for a student. French doesn’t need to make the list of possible presents, but she does it to perfection and also tells us a little bit about Caroline – that she is conscientious and imaginative, doesn’t stereotype the non-existent little girl too much, and is good at her job. And as it happens the whole book is about love, friendship and loyalty… To me, this throwaway paragraph illustrates what makes French such a great writer. 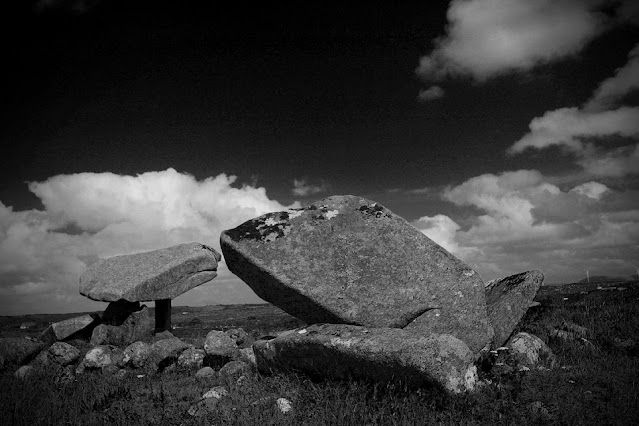 The pictures of rural Ireland are from Denise Perry, always my favourite photographer, and were taken in Co Donegal in Ireland, some way north of the setting of this book. You can find her website here.

And of all unexpected places to end up – Pope Francis recently produced an encyclical Fratelli Tutti: here he is talking about the parable of the Good Samaritan. You could say this is what The Searcher is about.

72. The parable begins with the robbers. Jesus chose to start when the robbery has already taken place, lest we dwell on the crime itself or the thieves who committed it. Yet we know them well. We have seen, descending on our world, the dark shadows of neglect and violence in the service of petty interests of power, gain and division. The real question is this: will we abandon the injured man and run to take refuge from the violence, or will we pursue the thieves? Will the wounded man end up being the justification for our irreconcilable divisions, our cruel indifference, our intestine conflicts?

Words that I think would very much resonate with Tana French. 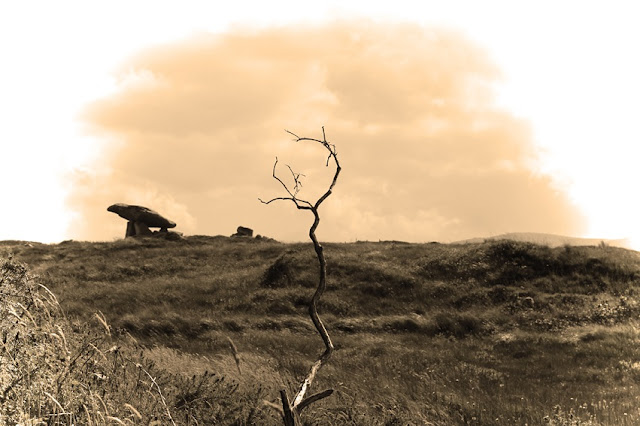 This picture and the one above it:
'In Ireland, many Neolithic stone monuments with flat roofs bear the local name "Diarmuid and Gráinne's Bed" (Leaba Dhiarmada agus Ghráinne), being viewed as one of the fugitive couple's campsites for the night. They elope and hide together, travelling around the countryside.'