Even When They Know You by Sue Hepworth 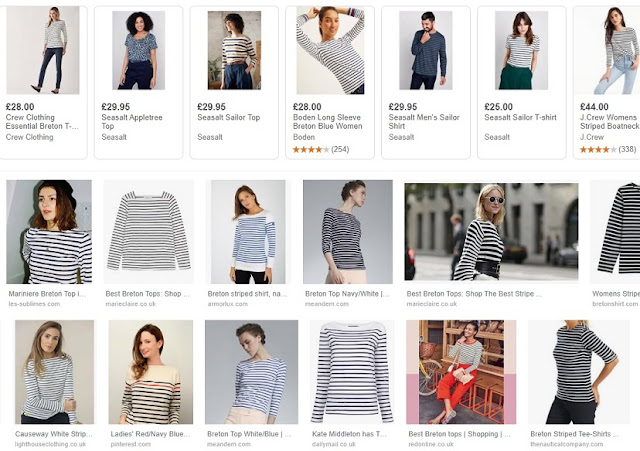 ‘What was he like, then?’ Sarah said. She was wearing jeans and a Breton striped T shirt in cream and green. Jane wondered how many identical T shirts but in different colours she’d seen Sarah in. It was as if it was a uniform.

‘He was OK,’ she said. ‘He was picking up litter.’ She held up the kettle. ‘Would you like tea or coffee?’ Part of her wished she hadn’t asked Sarah in. But Sarah was a good neighbour. She had been very solicitous after Alex left, so that Jane had felt she should explain that the separation had been Jane’s choice. She had also been kind when Loveday died. But because Jane’s job had been all consuming, and then Loveday had been ill and dying, she had never spent time getting to know Sarah properly, and consequently didn’t think of her as a friend. Socialising with her was an effort. She knew, though, that she needed to make that effort. It should be part of her new regime.

commentary: It’s a running joke in this novel that Sarah is always wearing a Breton top - and there are an awful lot of them around, they are a uniform in a certain kind of British life. And so they do tell us something about Sarah.

This is the third of Sue Hepworth’s books to feature on the blog – see the others here – and I always enjoy them very much. I was introduced to them by my friend Chrissie Poulson.

They are difficult to describe, and don’t fit into the genres that are bestsellers and being plugged by book publicists: no serial killers, no domestic violence, no questions of whether you can trust the people in your life.

But the book is hugely entertaining, thought-provoking and ultimately uplifting. It is a real, honest-to-goodness novel. Heroine Jane is living her life in the Derbyshire Peak District. She goes out walking, meets up with friends, visits the local town, entertains friends and relations in her rural cottage, does some voluntary work. She is grieving the death of a close friend, and gets upset when others think she should move on. The book makes you realize what an unusual line that is: the death of her friend is such a big deal for Jane, a serious bereavement, and she thinks of her friend all the time. But it is hard to think of another novel where such a loss is in the forefront.


She’d known her for seven years and would never get over losing her. The gap would always be there. People devalued friendship. They thought it was a second-rate love, or a consolation prize for not having a partner. The saps.

But it is also a slowly cheerful book, following the rhythms of the year and watching Jane as she gets more friendly with a neighbour, above, and also meets a man out and about, and does some tentative dating. Her own marriage seems to be on its way out, as her husband has gone to live elsewhere.

The book is full of thoughts and perceptions that I think most people (and particularly women of the right age group) will recognize, and often think that we haven’t seen them written down, however simple they are:


Jane sighed. She made herself think of five things about Willow that she really liked and told herself not to be so critical. She needed to love people for who they were, not be angry and disappointed about who they were not. Then she wondered what she did that drove people crazy.

The book trundles on, told in a different way, with journal entries interspersed with the narration. It is like hearing the story in a relaxed way from a friend. And it is refreshing to hear about the engrossing lives of older people. I loved it, and I’m sure a lot more people would like it too if they could come across it. It is available from Amazon here.

Sue Hepworth is also the ideal Clothes in Books writer because she takes her clothes very seriously, and I always enjoy her descriptions.

She went upstairs and slipped into her red linen dress… 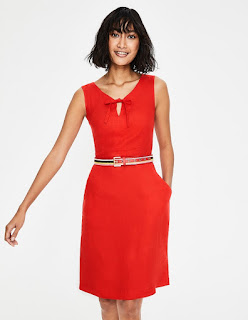 She put on her wellingtons, her posh parka with the furry lining (a January sales treat to herself), and the cashmere hat, scarf and gloves.. 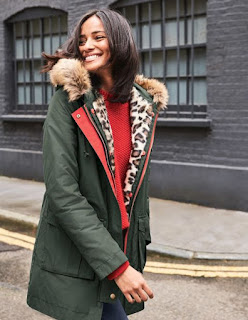 Both these pics are from Boden, a mail order catalogue that Jane likes.

I also have reason to believe Sue Hepworth likes the brand Toast – I gave a previous heroine a Toast outfit here – so I chose a couple of their looks for Jane, just because I like her. 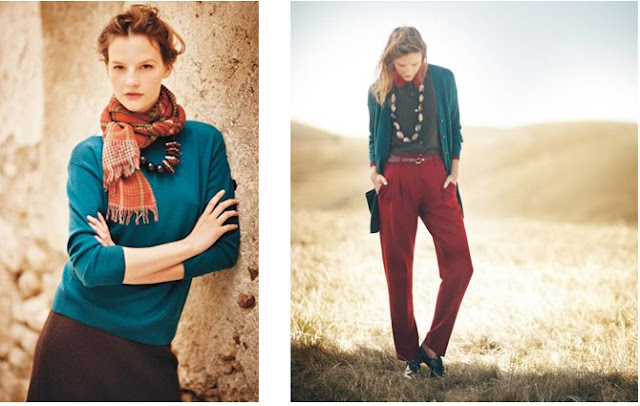