I am taking part in an event (3.30pm on Sunday 26th May) to discuss whether Barbies are dumb blondes or feminist icons. 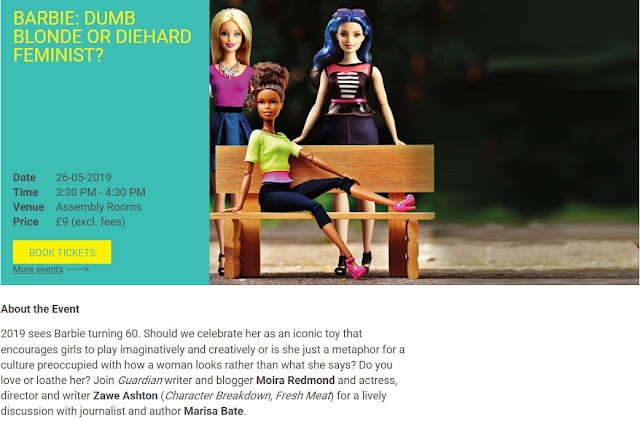 The answer is, of course: feminist icon.

Whatever your views, you cannot argue with the universally-understood place of Barbies in the world.

I have written about them before: in the Guardian here, and in the US political magazine Slate here - an article mentioned in the Columbia Journalism Review as having shown that Slate was obviously going in a 'new direction', and not concentrating on politics so much anymore. Or, as I took them to mean,  ‘single-handedly took the magazine dowmarket’.

On the blog, a wonderful character called Killer Barbie

featured in an entry on the Todd McEwen book Five Simple Machines.

I said then:  McEwen has, impressively, got the big but often under-appreciated point about the dolls: originally they were not princesses or dressed in pink ballgowns – they were hard-edged career girls in the Joan Crawford mould, with a wardrobe to match. Not so much anymore, which is a shame. 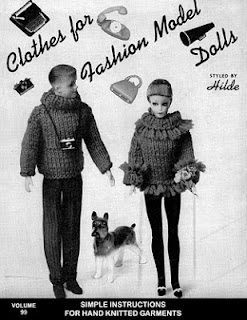 and actually then found a book to match the photos, I was so keen to use ski-sweater-Barbie. (The Will and the Deed, a skiing murder story by Ellis Peters.)

The admirable Tana French has this great line in her book The Trespasser:

Anyone who turns herself into Barbie because that’s the only way she feels worthwhile needs a kick up the hole, but someone who does it for a revenge mission deserves a few points for determination.

When I was looking for a ‘poinsettia dress’ to illustrate an Agatha Christie short story, Barbie came up trumps.

If you are in Bath at the weekend, do come along to the event, and say hello. 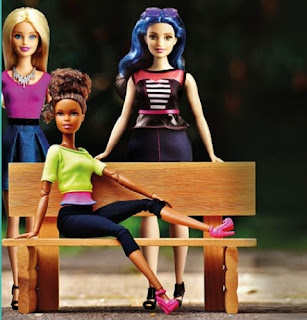