The Wych Elm by Tana French

(The Witch Elm in the USA) 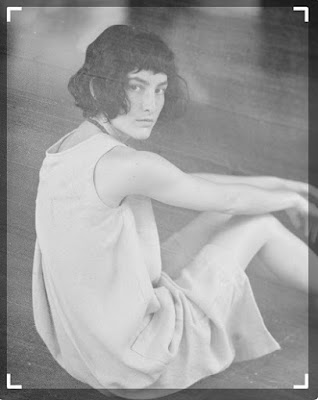 Someone was standing in the open door. At first I barely recognized it as a person; stripped of substance by the bright sunfall through the leaves, flutter of white t-shirt, confusing gold swirl of hair, white brushstroke face and dense dark smudges of eyes, it had something illusory about it, as if my mind had conjured it from patches of light and shadow and at any moment it might break up and be gone. The smell of of lavender rose up to meet me, spectrally strong.

Then I got closer and realized that it was Susanna, holding a watering can watching me, unmoving. 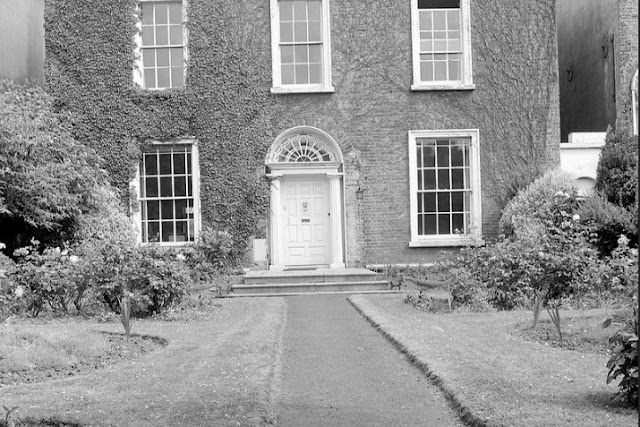 commentary: I wanted to read this book so much that when I found out it was being published in the US before the UK, I imported a copy. So I first read it last year, and then read it again in a review version just now. It’s a rare thriller/crime story that can stand up to two reads in six months, but this one did. It is not, by the way, part of Tana French’s Dublin Murder Squad series, but a standalone. Though some Dublin policemen do feature.

I remembered just the right amount: I knew the general outline of the crime at the centre of the story, and I could see how carefully French seeded it – not clues exactly, I’m not sure that’s what she was doing, but phrases and sentences that made sense second time around. But there were still many surprises (including quite a large late event which I had completely forgotten) and the whole thing was a compelling page-turner all over again.
The key characters are three first cousins, two men and a woman, all the same age, who grew up together and as teenagers spent a lot of time with their Uncle Hugo in a family house in Dublin. Long happy summers, parties, nights out under the stars, experimenting with smoking and drugs and drinking and sex. 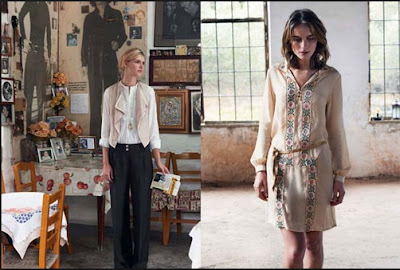 The book is narrated by Toby, and starts out 10 years after they all leave school – that was the key summer in the plot. It takes place entirely now: all the history is memory, and description, and discussion, no flashbacks as such.

The characters are so fully-realized – for a long time (if you didn’t know) you would think this was a literary novel about a young man having a crisis. Something bad happens to Toby early on, but this doesn’t seem related to the big crime plot that you know is coming – which starts a long way in. Toby is charming to others (it’s not always apparent to the reader) and entitled, and tells us he is lucky.

French does long casual social events extremely well. When the family gathers at Ivy House, the three cousins go and sit outside together, the first of several such conversations, all related at great length, throughout the book.


Susanna let out a breath precariously near to laughter or tears. ‘Last night she came to me,’ she sang softly, ‘my dead love came in…’

Oliver’s voice, eroded to veil-thinness by distance, fell on hers like an echo. My dead love came in… Out over the grass, among the Queen Anne’s lace and the leaves.

Isn’t that perfect? A perfect moment, the perfect song (She Moved Through the Fair), and your indicator that some bad times are coming.

And it’s a good third of the way through (p 165) before the real events start… but that is not at all meant to imply the book is not compulsively readable: it just shows how brilliant French is.

One weird thing is this: I have always enjoyed those books where the characters look back to a long hot summer, tangled relationships, a house that meant something, a secret and something bad – Barbara Vine’s A Fatal Inversion, Erin Kelly’s The Poison Tree, Harriet Evans’ Wildflowers – but it is something of a shocker where the long-ago summer was a time of mobile phones and cameras. Just saying. Made me feel old. I will say that I started out worrying about the smartphones and technology ten years back from what is obviously roughly now, but gave up trying to track it in the end. There may have been liberties taken, but the two strands work perfectly well.

I am intrigued (in general) by the phrase 'you do you', which has been around a while, but doesn't come up in books much (well not the ones I read) and here it is:

'picking at it after how many years, what's the point? But you do you.'

(If, like me, you are not always down with the slang, it means something like 'you are how you are', with a strong implication that how you are is not perfect. I think. Correct me if you think otherwise.)

The final verdict is that  The Wych Elm is just marvellous. Tana French is surely one of the best writers around these days. There are a number of her other books on the blog. 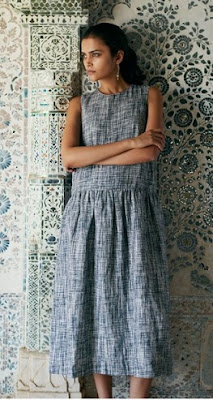 My go-to for pics of Irish houses will always be the lovely National Library of Ireland – they have a fabulous collection of photos (of all aspects of Irish life) and they make them freely available for Creative Commons. This is a Dublin house that could stand in for Ivy House in the book, even though the library caption says it’s not a great photo (top cut off, photographed on a slight tilt).

The Toast fashion catalogue is a go-to for women looking moody in lovely quirky clothes, as seem to fit the characters here, so that is where those pictures come from. Melissa wears ‘bright flowered dresses in soft cotton’ (and, fair play, isn’t very moody considering everything going on, unlike Susanna, above.)

The tiny picture of a wych elm is from a 19thC book about trees of the British Isles.