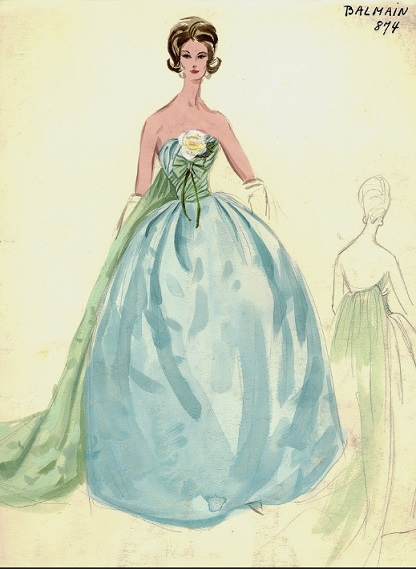 The dresses these Roman women wore, though, you couldn’t have worn more than two or three times without making everybody sick of the sight of you. It wasn’t that they weren’t 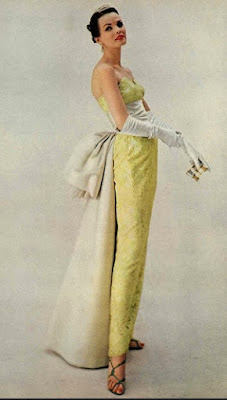 beautiful; they were. But they were so elaborate. The Duchess di Pontecardo’s yellow satin not only had gold and silver sequins all over it but a big train….

The green dress the Princess Triccoli had on was brocade – magnificent, but it looked more like the Scalamandre upholstery material they have at Monticello than it did like dress material, and it had a bustle as big as she was.

Jane di Ricci’s dress hadn’t shown very much above her end of the table, it was cut so low; but what there was of it was a really blazing aquamarine…

commentary: A group of Golden Age fans swap Secret Santa presents each year, organized by (who else?) the estimable Kate Jackson of Cross-Examining Crime (the group is roughly analogous to the Tuesday Night Club bloggers of blessed memory). We try to find vintage crime books matched to the recipient, and for Xmas 2018 I was lucky enough to receive this one, which could scarcely be more to my taste.

I read and enjoyed Louisa Revell’s A Silver Spade last year, discovered via John Norris of Pretty Sinister Books. So I was predisposed to like this one, and the setting in Rome and a connection with fashion world made quite sure of that. Series sleuth Julia Tyler, a retired Latin teacher from Virginia, is on holiday with Rome and gets tied up with a community of rather grand locals, some Italian and some US expats who have married into this world. There are cocktail parties, and grand clerics (“where I live, the priest just doesn’t go to divorcees dinner parties”), and mysterious deaths, and a lot of sight-seeing and discussion of classical times.

And there are clothes and clothes and more clothes. There is a fashion designer and there are pirated designs, and there is the moment when two people turn up at a fancy event in the same dress – see also recent post on Exit a Star by Kathleen Moore Knight, and it also comes up in Margery Allingham’s Fashion in Shrouds, and PD James’s Cover Her Face. (It is, of course, never good news.) And there is a long explanation of how the pirating of designs happens, and how the economics work.

There is a young woman in 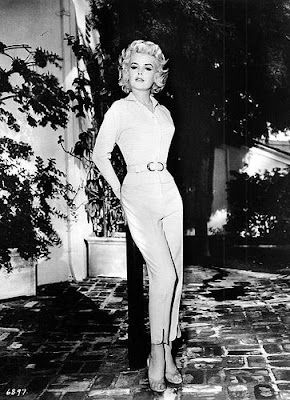 tight tapered pants that stopped halfway to her knees, a white silk shirt, and nothing around her, though it wasn’t that hot. Anne would have liked her clothes and those perfectly plain flat shells of shoes. But she wouldn’t have liked the way she’d loaded herself with jewellery… But the effect was fine.

(I read this over several times and decided that ‘stopped halfway to her knees’ means coming up from the ankle, not down from the thighs.)


I recognized the Duchess di Pontecardo in a big hat, a diamond bracelet like a bandage over the cuff of her glove. A mink stole fell away from her shoulders… 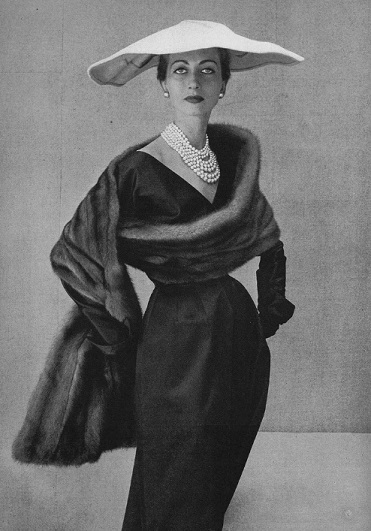 Revell is full of great observations, and funny and sharp. One much-divorced woman is

Hard on husbands the same way some people were hard on nylon stockings.


There is also a long discussion of handbags, and how a woman needs a large bag at some points while travelling, but would like a smaller one once arrived at a destination. Our heroine actually designs a double-bag that gets round this, although the idea seems to be dropped later – wrongly in my view, I really liked the sound of it.

That is typical of the two books that I have read by Revell – that the narrative will suddenly go off at a tangent and lecture the reader about something not strictly relevant (but how can a crime fan be sure?) and leave you better-informed but rather doubtful. And at the same time, Revell will casually refer to conversations and events that are very important, and should surely have been included in the book when they first happened – but they aren’t. The events take place over a very short space of time, and there is this:


And I think a) this is an incredibly clunky sentence in a crime book about a ‘secret’ entrance which is of vital importance and b) that there is no point in the book when she could have made this particular previous visit. Actually.

In fact there are too many characters and too much plot – all kinds of sidelines and red herrings, and it was really hard to keep everyone straight. But none of that matters in the slightest – it was a most enjoyable romp through the Italy of the 1950s. And I am very grateful to my Secret Santa…

Woman in mink and hat, also.