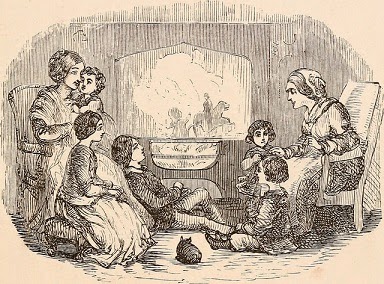 Entertainment round the fire for 12th Night

A few years ago I wrote a piece for the Guardian newspaper about Twelfth Night – origins, explanations, and mentions of it in literature. I also did my own blogpost back then, featuring the article. I have seen sufficient discussion of 12th Night online today to think it is worth running the post again – and I hope you enjoy it. It’s not too late to organize a 12th Night party!

This entry appeared on the Guardian books pages: it’s about celebrations of Twelfth Night in literature. It starts by explaining the strange fact that there’s no general agreement on whether 12th night is 5th or 6th January – a fitting enigma for a mysterious and secretive feast.

This is part of the article:

In James Joyce’s short story The Dead, from his collection Dubliners (1914), Gabriel Conroy and his wife Gretta go every year to an important party held by the Misses Morkan. There is dinner, dancing and singing, but alongside the festivities we see darkness and contemplation: snow falls over Ireland, and Gabriel looks through it as he thinks about his own shortcomings and about the wife whom he thought he knew. The idea of a character having a metaphorical epiphany, a moment of revelation or realisation, comes directly from Joyce, and each story in Dubliners features one. So although the event is not specified as being on Twelfth Night, it is in the early days of January and is always assumed to be an Epiphany party – an idea is made overt in John Huston’s 1987 film of The Dead. 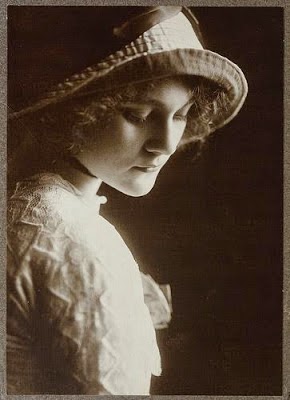 In Terry Pratchett’s Discworld there are Twelfth Night customs, involving a man who


“finds a special bean in his tucker, oho, everyone says ‘you’re king mate’ and he thinks ‘this is a bit of all right’ only next thing he’s legging it over the snow with a dozen other buggers chasing him with holy sickles so’s the earth’ll come to life again and all this snow will go away.”

This description (from The Folklore of Discworld, which Pratchett wrote in 2008 with Jacqueline Simpson) is gently satirising the imaginative Victorian social anthropologist James Frazer, who describes similar customs in his not-wholly-reliable study of mythology and religion, The Golden Bough.

READ ON HERE AT THE GUARDIAN BOOKS PAGES 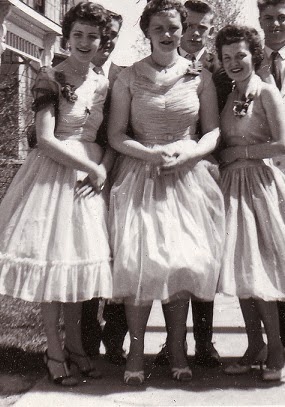 wearing your best dresses for a 12th Night party

Since writing the piece, I have come across another reference, in the intro to WM Thackeray’s The Rose and the Ring. He complains that while visiting Rome:


if you wanted to give a child's party, you could not even get a magic-lantern or buy Twelfth-Night characters—those funny painted pictures of the King, the Queen, the Lover, the Lady, the Dandy, the Captain, and so on—with which our young ones are wont to recreate themselves at this festive time.


--and he invented a story to amuse some children in the absence of the party: that's the illustration at the top. In fact Italians have their own tradition, of an old woman, Befana, who delivers presents and sweets to children on Epiphany Eve.

So authors have used Twelfth Night celebrations as the setting for fun, mischief, malice, epiphanies, the taking of power, and life-altering events – I’m surprised there aren’t more of them in fiction.

And also, Twelfth Night parties are a great tradition, and we should all have more of them.