The Tuesday Night Club has chosen history as this month’s 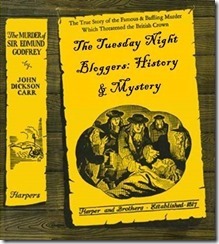 theme, in any way the blogger likes to interpret it.


Bev at My Reader’s Block has, as ever, produced a great logo for us, and she is also collecting the links this month.

Anyone is welcome to join in, either as a one-off or on a regular basis. Just contact one of us. 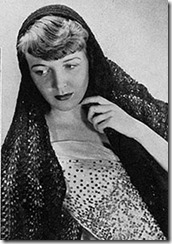 
In a recent History & Mystery piece I said


the whole question of inauthenticity, anachronisms and mistakes in crime fiction set in the past is too big to take on in this blogpost – in other words don’t start me on that particular topic.

But that just got me thinking about the subject, and so of course I’ve ended up doing a piece on them. (In fact I’m usually even more interested in non-anachronisms – see this piece I did for the Guardian – items from books that surprise you for their date.)

But this week I will give some examples of the mistakes that really annoy me. I know, I am pedantic and picky, but these things trip me up, stop me from believing in the book, and in some cases fool me into thinking I’ve spotted a clue.

My first set of items concern

and the books with that setting. I will not name the guilty parties, but all of these are from relatively recent, well-thought-of, historical crime books.

- Ploughman’s lunch – an informal pub meal of cheese pickle and bread. This was invented by marketing men in the 1960s, it is not a traditional English dish, it was not offered at wayside inns in the 1920s through the 1950s. Authors trying to give your sleuths a historical meal as they set off for the murder village – you have failed. (this picture – credit Clothahump (talk) on Wikipedia – is a spectacularly good example as the plate is pure 70s, and the whole dish looks quite unappetizing but convincing with all that raw onion) 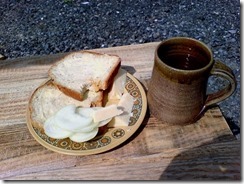 - A very good author of historicals, whose research is usually impeccable, has someone paying a penny for something in London, offering a shilling, and being given fourpence back (with careful use of halfpennies and farthings). Nowadays shillings are almost forgotten, but theoretically they would comprise five pennies. But back in the 1920s, when the book was set, there were 12 pennies in a shilling. 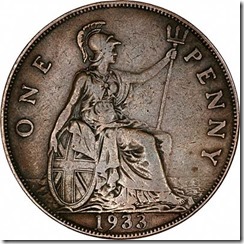 - A vicar would not be on the inquest jury in a village mystery: clerics were not called to any jury.


- A fascinator was not (as it is now) a headpiece for a wedding consisting of flowers and feathers. It was a long, light lacy scarf wrapped around head and shoulders to keep a woman warm without disturbing her hair.

- ‘Break the mould’ did not mean to change the way the world worked or thought. It was used in this context: ‘they broke the mould when they made him’, meaning 'that person is a one-off'. The usage changed I would say in the early 1980s when a new political party in the UK claimed to have ‘broken the mould’ of British politics. They didn’t succeed in much politically, but they certainly changed forever how we use that phrase.

I remember the 1970s to some extent and the 1980s very clearly, and I’m astonished that so many authors either don’t, or don’t have editors to remember for them. Just to take a handful of examples from books I have read in the recent past:

- Photocopying was at a rudimentary stage: a photocopied photograph was useless as an image and could not be used for ID-ing someone.

- In the UK neither phone answering machines nor TV video recorders were in common use.

And finally -  in the 1930s in America (and really no-one would care but me) frozen peas came in a box, not a bag.

OK, I like my random list, and I’m sure many readers will be able to add their own examples.

But actually there are worse sins that writers commit, less factual.

They get etiquette wrong – making me wince all the time (I 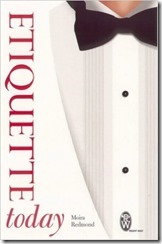 once wrote a book on etiquette so I am particularly fussy).

- Writers find titles sadly difficult – Lady Mary is the daughter of a Duke, Lady Peter is married to Lord Peter, the younger son of a Duke.

- The oldest unmarried daughter is addressed as Miss Bennett, her sisters are Miss Elizabeth, Miss Mary and so on.

- Men stand up when women arrive at a table or in a room, and when they leave.

- Everyone wears hats outside, all the time, and it would not be proper for a good woman to be bare-beaded outside in any circs. There was a complicated set of rules for men to remove their hats, or just tip them, as a sign of respect. 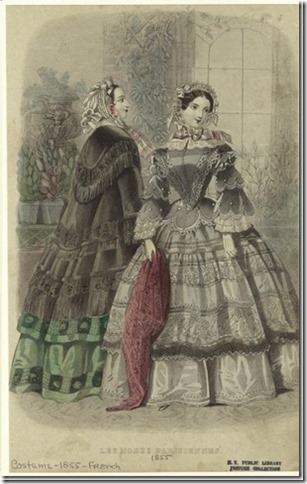 ‘How much did my bonnet cost?’

Writers bandy prices and costs around, guessing how much things might have cost, and coming up with ludicrous mis-estimates, often out by a factor of at least ten. It’s not that hard to find out, for example, how much someone would have been paid (a governess, a working man) or how much rents were, and that gives you a clue for other costs. Also, I have tremendous joy in my currency converter (an online tool for comparing the value of money now with dates in the past), and wish other people would use it – it might warn writers if the sum they are quoting is outrageously wrong.

And worst of all, many modern writers give to their historical characters attitudes which just don’t ring true – do all historical sleuths HAVE to have wonderfully modern and very proper feelings about mental health, gay rights and pacifism? This drives me mad, and is wholly unconvincing.

That’s my lot for today, but I look forward to others’ thoughts on this – whether to castigate me for worrying about nothing, or to add their own pet hates. Please comment below…