Posted by Clothes In Books on November 10, 2016
A number of my wonderful online friends have new books out around now, so I have decided to concentrate on them this week on the blog. The authors are all women (yay!) and happily I had no dilemmas, because they all wrote great books, which I can review honestly. On Monday we had Christine Poulson’s Deep Water. History Tuesday gave us Sarah Rayne’s Death Notes. Margot Kinberg will feature later in the week.

But today we have Sarah Ward: 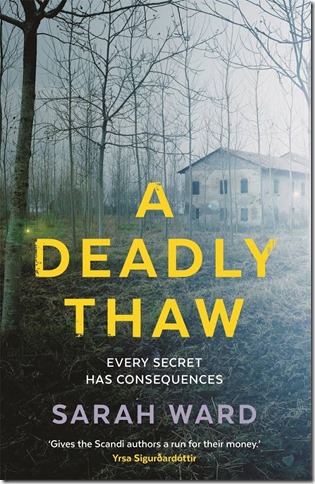 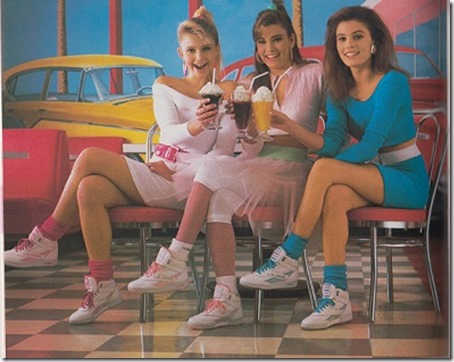 [Kat has a question for a neighbour who knows about clothes]

‘I’ve got a yellow silk blouse here. No label, I’m afraid. I wondered if you could have a look at it for me? See what it says to you?’

‘I’ll certainly try.’... Terri took the blouse with a professional air and examined it, first by opening it out fully and then examining the stitching. ‘Where did you get this?’ she asked, handing it back to Kat.

‘I’m sorry about the smell. It’s probably been lying in a drawer for a while.’

‘A long while,’ smiled Terri. ‘I used to have one of those myself at the end of the eighties. During my Madonna phase. You remember? Silk shirt, black leggings. I think I even had a black hat to complete the outfit.’

With a jolt, Kat did remember. Both she and Lena had dressed like that. She remembered an emerald-green silk shirt that she’d worn over leggings with black gym pumps. No hat though. She clearly hadn’t been as fashionable as Terri. ‘You think it dates from back then? The late eighties?’

‘Smells like it does.’ The woman smiled. ‘It’s the sleeves that give it away. The cut of the body could be from any time but look how the sleeves are designed: narrow at the shoulders, puffing out at the elbows and back in at the cuffs. When did you last see a blouse looking like that?’

Now that Kat looked, she could see what Terri meant. There was a dated feel to the garment, but she wouldn’t have been able to pinpoint what it was. ‘Why’s there no label?’

Terri shrugged. ‘It’s not home-made. The stitching is professional enough. Sold at a market, I’d guess.’ As teenagers, Kat and Lena had often bought their clothes from one of the stalls in the Bampton market.

[Later, Kat finds a photo:] The three of them were standing inside the hall of Providence Villa, arms wrapped around each other. The picture had probably been taken before they went out. They’d often done that. Spent hours putting on their make-up and teasing their permed hair into the gelled licks that had been fashionable then. They could have been in a pop band, they were so similarly dressed. Lena had a pair of black leggings under the hateful blouse while she was wearing a scarlet top over what looked like a long, stretchy dress. The third girl had on a white blouse and a short pleated skirt. ‘It’s a friend. There were a few of us that used to go out together.’ 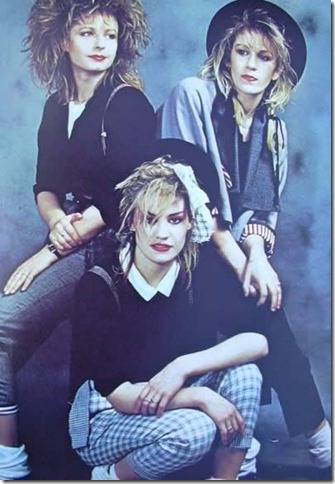 commentary: I’m being open about this being Friends’ Week: fortunately, my friends all write really good books so I can’t be accused of favouring them unjustly. HOWEVER, in this difficult political era, and in the cause of full disclosure, I feel I have to say that I went to the launch party for A Deadly Thaw in London, and could easily have been bribed by the absolutely amazing cinnamon buns on offer – from the Scandi Kitchen apparently. It wasn’t necessary to bribe me, but, y’know, #justsaying, if anyone does want a good review…


Anyway, Sarah (her blog, Crimepieces, is here) was one of the kind people who encouraged me when I first began blogging, and invited me to join in various blog activities, so it was a great delight and a cause to celebrate when she had such success with her first book, In Bitter Chill. This is book 2 of the series, and just as good, maybe better.

It has a terrific setup: a dead body is found, a man who has recently been murdered. But – this man’s wife served more than ten years in jail for killing him. The circumstances (dead in bed) mean that she MUST have known the truth. So who died 12 years ago, what was the wife thinking of, where has the husband been all this time – and who did kill him? An engrossing beginning…

There’s a complex plot: we see some of the action through the eyes of policewoman Connie (from Book 1) and we also follow Kat – sister of the convicted murderess Lena, who has gone missing.

Lena sends a series of parcels to Kat (as in the extract above) and these passages are particularly compelling as we try to work out what is going on. In fact I cannot say too much about the (excellent) plot – it’s obvious there is something much bigger going on here, but it is not revealed till late in the book. But it’s an important and believable strand, and a very unusual one (in books if not, sadly, in real life) and Sarah writes about it very well.

So instead I will look at this wonderful piece of clothes detection above – I could happily have reproduced this entire chapter, with its hilarious depiction of those Madonna-era clothes. (Sarah is the right age - could it be that she has a few photos of herself tucked away….? Come on Sarah, show us.) And, there is nothing I enjoy more than someone drawing conclusions from clothes: Dare I think that Sarah put it in specially for me?

An intriguing and excellent crime book, highly recommended. Look forward to the next one.

The top picture is an advert for LA Gear, described by me before now as ‘an 80s brand of trainers/sneakers for people whose exercise was going to consist of going to an aerobics class then hanging out in the juice bar after.’ Although true to the spirit of Sarah’s women, you can tell this is an American picture: in the UK they would have been less neat, more messy (even in an advert). The other picture is 80s icons Bananarama, queens of style.