Our group of crime fiction fans chose a theme to write about on Tuesdays in May: we picked Travel and Holidays/Vacations – it’s been a big success, so we’re 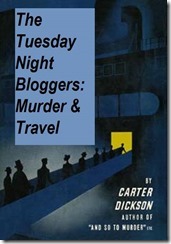 going for a theme again in June - ‘academic mysteries’. That’s already a great favourite theme for some of us, and any aspect of education can be featured – as ever, posts from any crime fiction fan are welcome.

Curt listed all the Tuesday Night Bloggers’ links on travel over at his Passing Tramp website here, for week 1.

- and blogfriend Lucy Fisher has contributed a post on travel in Christie, with particular reference to  Murder on the Orient Express - it's here.


Thanks to Bev, as ever, for the excellent logo – that’s us going up the gangplank to murder…

I’ve looked at a couple of different items this month - a Josephine Bell book; an Agatha Christie; an obscure (but great) 50s book by John and Emery Bonett, set in a holiday hotel; and last week I picked out some clothes for travelling murderers, victims and witnesses.

For my final travel post, I have returned to my first great crime fiction love, Agatha Christie. She was the Queen of Crime, but also the Queen of Travel. In her own life she travelled over the world and lived abroad for long periods – and this is truly reflected in her books.

So which of her holidays, trips and tours would be the best choice to go along on? I have made a list of ten, and here they are in reverse order of desirability.


THE BEST AND WORST HOLIDAYS ON OFFER FROM AGATHA CHRISTIE 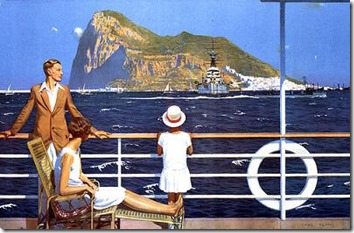 10) Hard though it is to remember, most of the people collected on the island in And Then There Were None actually think they are going on holiday, for a bit of a jolly. Doesn’t last long, but that is the intention. So even if you think you personally would survive, the atmosphere of suspicion and hysteria, and being locked up with some, frankly, serious undesirables would not make for an enjoyable trip.

9) Appointment with Death The Boyntons are a nasty lot in very varied ways. Of all Christie’s horrible families, they probably have the distinction (against considerable opposition) of being the one you would least like to share a vacation with, even disregarding the murder.

8) It never sounds like much of a holiday, but Tuppence does move into a seaside boarding house in N or M? to investigate some World War 2 spying. It is a most unlovely place, and the best you can say is that the residents (whether traitorous or not) and the tiresome Tuppence all deserve each other.

7) Murder on the Orient Express.  The most famous train mystery of them all – the train is trapped in the snow, someone dies, Hercule Poirot checks out the stories of all the varied passengers, and works out what happened. But they sound an untrustworthy lot, despite their high-minded claims. I think they’d be eating each other if they were in the snow much longer. Keep clear.


6) The walking holiday in Why Didn’t they Ask Evans? The walker is said to be posting his clean clothes (‘his night things and a pair of socks’) on to his next destination each day. This never sounded like a good idea, I would not happy with this arrangement at all. (It is of course possible that this was A LIE, but it convinced the coroner at the inquest).

5) Much more attractive is the luxury hotel in Body in the Library, but Miss Marple’s stay is purely in pursuit of detection, the old busybody, so only counts as a working holiday.

4) any trip at all with Parker Pyne – such an old sweetie, much nicer as a travelling companion than Poirot, and he would manage to make you happy at the same time.

3) Death on the Nile: another high concept title, and a great favourite. A lovely holiday cruising down the Nile on a luxury boat with high-class people. What could go wrong? I think we all know the answer to that. Linnet Doyle is not coming back. But if we are not boyfriend stealers we can enjoy the trip and see the beauty of Egypt.

2) Mystery of the Blue Train – murder in a compartment on the way to the South of France. Fascinating details, which enable the reader to picture what it would be like to make those journeys, and to live a luxurious life involving maids, dinner baskets handed in, and waking up in the South of France (assuming you wake up at all…).

1) Evil Under the Sun is the classic Christie holiday mystery, with an identifiable location based on the hotel at Burgh Island in Devon, which is to this day a lovely place to stay. There may be murderers, but no riff raff.

1) And the trip to South Africa in Man in the Brown Suit – the best and most memorable holiday companions of them all would be Anne Bedingfield, Sir Eustace, Suzanne and Harry.

It only remains to add that one of the nicest places to stay in real life is Greenway, Agatha Christie’s own holiday home in Devon, now open to the public and with some highly desirable rentable accommodation. 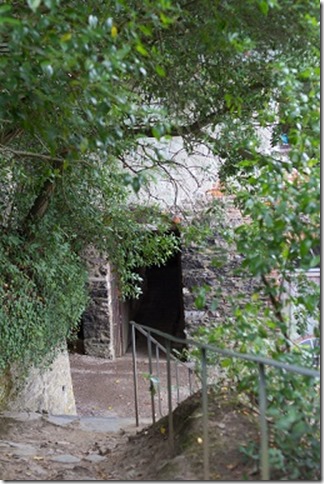 All Christie fans should try to go there. This is the boathouse (where Marlene was found dead in Dead Man’s Folly, of course.)