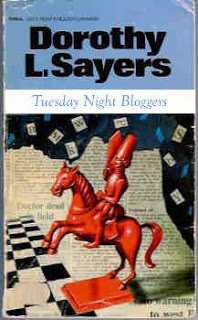 The Tuesday Night Club is an informal group of crime fiction fans choosing a new author to write about each month – and the finger has pointed at Dorothy L Sayers for February. We’ll all be producing pieces about her and her books on Tuesdays: new and occasional writers always welcome to join in – just send one of us the link to your piece.

Helen Szamuely is collecting the links this month - her blog is here. 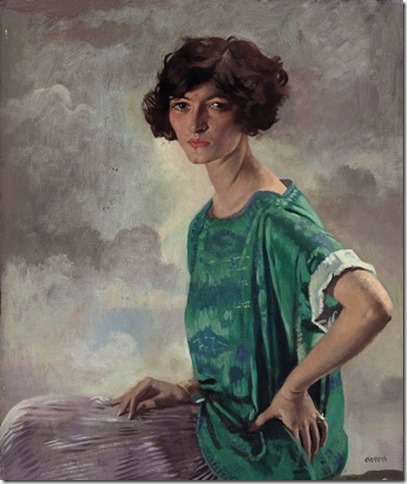 Dorothy L Sayers and I have a long history: I read all her books in my teens, and she has been delighting me ever since. And she has been a permanent regular on the blog too: as I’m fond of remembering, her Have His Carcase featured in the first ever Clothes in Books blogpost four years ago, and then twice more. The picture above, chosen for the hiking holiday in the book, by blog favourite William Orpen, still to me is a perfect image of Harriet Vane.

For this post, I decided to look again at the first four Wimsey novels – roughly speaking, I like the series more as it goes on, my real favourites are the later books, so I thought it might be as well to remind myself of the ones I am least likely to re-read, a good foundation for the future pleasures of writing about that romance. (Well, two romances really – Lord Peter and Harriet, and the one between DLS and her detective.)

is the first of the series (1923) and held two surprises (and only two – the crime is neither interesting nor surprising).

The first is that on the opening page Lord Peter Wimsey is described thus:


His long amiable face looked as if it had generated spontaneously from his top hat, as white maggots breed from Gorgonzola.

This sentence would give you a quite false impression of what the book, the writing, and the author’s attitude to her detective are going to be like.

The second surprise comes in the exhumation scene. Sayers likes them – there’s one in The Unpleasantness at the Bellona Club too, as featured in my Guardian piece on digging up bodies in literature – although apparently she gets all the details wrong. In real life they are not the horror-film-set affairs she shows, in the middle of the night and with grieving relatives watching in tears. Anyway, the surprise is – that Lord Peter’s mother is Lucy. She is Honoria elsewhere in the series – her second name is Lucasta and perhaps Lucy came from that. I don’t think she is referred to as Lucy any other time.

Wimsey is tiresome and tedious, and in one sense fully-formed – he is rich and important and annoyingly clever (he can do everything except play chess) and talks in a maddeningly arch – perhaps whimsical - way. It seems certain that if Sayers had stopped with this one then the book would now be forgotten, not even worth a British Library reprint.

was the next book (in 1926), and it is a big step forward – much much better. This is a blog entry on Clouds – I remember I was particularly proud of the title, CSI:Bunter (the manservant of that name is doing some forensic detecting, checking for bloodstains on a tweed skirt) and this excellent picture – 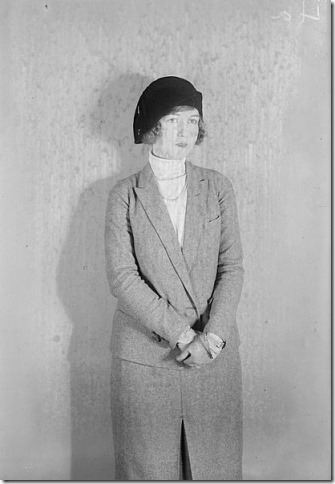 What could be more Lady Mary (Lord Peter’s sister now, we’re not at Downton Abbey) in her shooting tweeds, when it’s actually early moviestar Dorothy Gish?

was next up, 1927  – something of an oddity, with a very unusual (and medically disputed) murder method, and a complex legal point about inheritance at stake. It’s very clear from early on who the villain is, and she is a spectacularly unpleasant woman. She is also a lesbian, and there is a startling scene where she tries to seduce (and also possibly poison) Lord Peter, despite her obvious complete repulsion from touching a man.
She is calling herself Mrs Forrest, a pseudonym, and Lord Peter is calling himself Mr Templeton, confusingly (which, oddly, would be the name of Harriet Vane’s fictional detective in later books…). And just look at her -


Mrs Forrest nodded her fantastically turbanned head. Swathed to the eyebrows in gold tissue, with only two flat crescents of yellow hair plastered over her cheek-bones, she looked, in an exotic smoking-suit of embroidered tissue, like a young prince out of the Arabian Nights. Her heavily ringed hands busied themselves with the coffee-cups.

I’ve always wanted to do this scene, but have never been able to find the picture – maybe something like this? 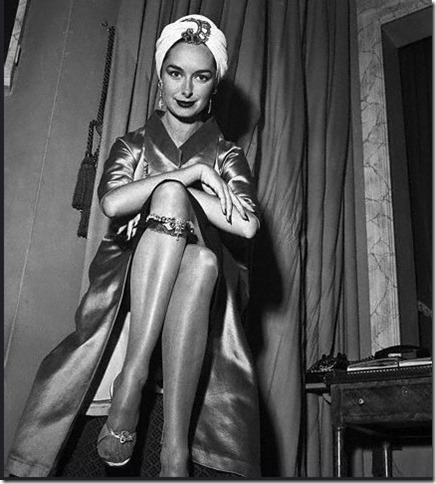 In this book - and again in a later one - Lord Peter wonders is his investigating in this case was mere meddling which actually caused subsequent murders, and everything would have been much simpler if he'd just let everything be.

The Unpleasantness at the Bellona Club
is the fourth Wimsey crime novel, (1928), which I re-read for the purposes of the Tuesday Night Club, and enjoyed much more than I was expecting. I had forgotten whole whorls of the plot – the book kicks off with a dead body found in a gentlemen’s club on Armistice Day. At first there is no suspicion about his death, but it becomes vital – because of another death and an inheritance issue – to establish the exact time he died. The book presents a terrific picture of London life of the day – the soldiers back from the War and unhappy, the bohemians and the artists, the health crazes, the importance of Armistice Day. There is an all-too-convincing picture of a bickering unhappy couple who have no money: it seems likely it represented Sayers and her husband at that time.


I’ll look at more of the books next week, and of course the very important arrival of Harriet D Vane.