James and the Giant Octopus: Live and Let Die 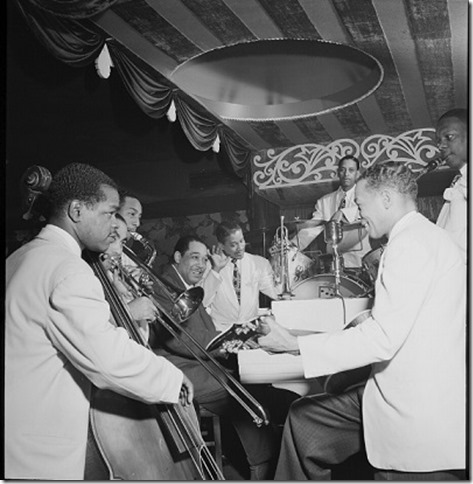 By the time they left the restaurant it was ten-thirty and the Avenue was almost deserted. At the Savoy Ballroom they had a Scotch-and-soda, and watched the dancers. ‘Most modern dances were invented here,’ said Leiter. ‘That’s how good it is. The Lindy Hop, Truckin’, the Susie Q, the Shag. All started on that floor. Every big American band you’ve ever heard of is proud that it once played here – Duke Ellington, Louis Armstrong, Cab Calloway, Noble Sissle, Fletcher Henderson. It’s the Mecca of jazz and jive.’ They had a table near the rail round the huge floor. Bond was spellbound. He found many of the girls very beautiful. The music hammered its way into his pulse until he almost forgot what he was there for. 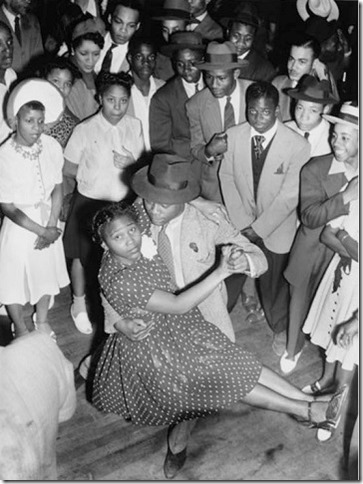 ‘Gets you, doesn’t it?’ said Leiter at last. ‘I could stay here all night. Better move along. We’ll miss out Small’s Paradise. Much the same as this, but not quite in the same class. Think I’ll take you to “Yeah Man”, back on Seventh. After that we must get moving to one of Mr Big’s own joints. Trouble is, they don’t open till midnight. 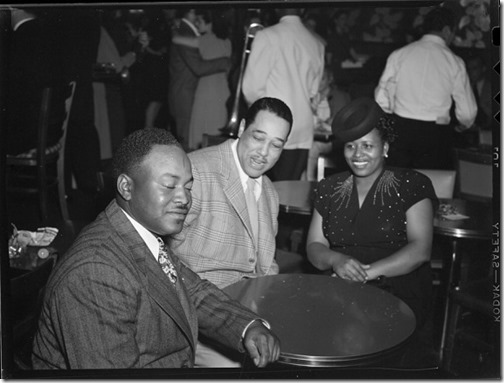 commentary: This was the second James Bond book, and it is a surprisingly ridiculous but highly entertaining farrago. I said about Casino Royale that it was all somewhat Biggles, (James Bond, James Bigglesworth) and this is even more so. Am I the only person who cannot take seriously a fight with a giant octopus? This is insufficient jeopardy. What next – a battle with an oversized seahorse? AND, as I well remember, in Biggles in the South Seas there is a fight with a giant 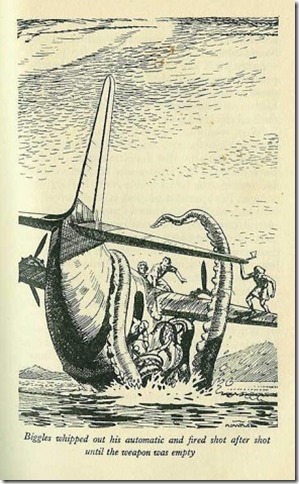 octopus – my childhood copy had an excellent illo in the manner of Laocoon-and-sea-monster – this one here is the best I can find now. There is also the fact that Bond is looking for pirate treasure. Aarh, Jim lad… Seriously?


The plot is in fact about many things, but this will give you a clue:

But Bond had gone out on the veranda and was gazing up at his stars. Never before in his life had there been so much to play for. The secret of the treasure, the defeat of a great criminal, the smashing of a Communist spy ring, and the destruction of a tentacle of SMERSH, the cruel machine that was his own private target. And now [Bond girl] Solitaire, the ultimate personal prize. The stars winked down their cryptic morse and he had no key to their cipher.

A tentacle! Foreshadowing of the deadly battle to come. The world-around-us metaphors had broken out earlier too:


In front of his eyes, the rain came down in swift, slanting strokes – italic script across the unopened black cover that hid the secret hours that lay ahead.

Bond gets a clue not from the sky at one point – he hears of a business called Ourobouros:


‘Good name for a worm and bait factory.’ Suddenly a thought struck him. He hit the glass tabletop with the flat of his hand. ‘Felix! Of course. Ourobouros – “The Robber” – don’t you see? Mr Big’s man down here. It must be the same.’

I love the idea that you call your criminal front business after yourself (after your criminal nickname) and only a great brain like Bond’s will notice.

But I don’t love that as much as I love the killer octopus (I can’t type for laughing). Look:


It was while he was measuring the dangers ahead that the octopus got him. Round both ankles. He had been sitting with his feet on the sand and suddenly they were manacled to the base of the round toadstool of coral on which he was resting.

…round both ankles…coral toadstool… It is straight out of a film, but it’s not a Bond movie, it’s a Disney/Pixar film, with dancing and singing sealife.

But, for all that, I enjoyed it hugely, and will certainly go on to the next one.

Anyway, never mind my mean-minded opinions. The descriptions of Harlem nightlife, despite the horrible attempts at reporting conversations, are actually very interesting in their way, and give me an opportunity to use these fabulous photos. They are from the truly wonderful William P Gottlieb jazz collection: Duke Ellington is in a club called the Aquarium, which I believe was on W52nd St rather than in Harlem. The dancers are doing the Lindy Hop, but in a Washington DC club. I would use photos from this collection every week on the blog if I could.

The book is so full of content there will be another post next week, but I’ll try to say no more about the giant octopus. Giant octopus – honestly, what was he thinking?

It must be Biggles Week on the blog – he popped up in Monday’s post about libraries.