Thursday List: Young Women Called Linnet, and One Old One


The first time I came across the name Linnet was in Agatha Christie’s 1937 Death on the Nile, where Linnet Ridgeway, later Doyle, is the Richest Girl in England. I was intrigued by the name, because it sounded like Lynette, but obviously wasn’t. Perhaps she was called after the bird Linnet, perhaps it was like being called Wren or Robin? Where the name does exist, it definitely seems to be pronounce Linn-it, rather than Lyn-ETTE. 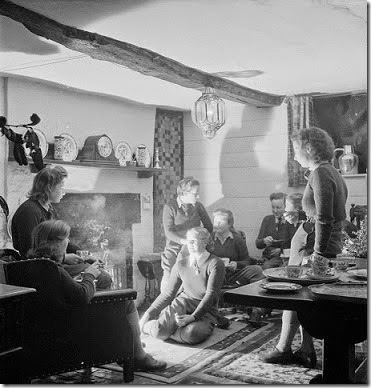 In wartime young Linnets did their duty


I tucked this interesting name away, and didn’t come across another Linnet until recently when, wouldn’t you know, two came along at once. (Apparently the collective noun for linnets is a parcel….)

Joyce Dennys produced two books about the Home Front in the Second World War: Henrietta’s War and Henrietta Sees it Through. (I was introduced to them by blogfriend Chrissie Poulson). The protagonist, and avowed Dennys alter ego, has a daughter called Linnet. 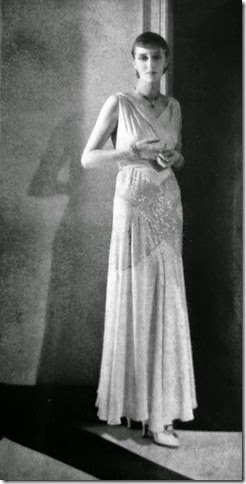 And then I read Ann Bridge’s Illyrian Spring – 1935 – and there was another young woman called Linnet.
The three young women with this name, although fictional, would all have been around the same age, so it seems the name was having a moment. According to name statistics, it never became popular enough to hit the general radar.


When I mentioned my interest in the name on the blog, helpful readers pointed me in the direction of some other instances.

Blogfriend Daniel Milford-Cottam told me that the name crops up in The Children of Green Knowe by Lucy M Boston, published 1954 – it’s an important Toseland family name, and the grandmother is called Linnet. (Which doesn’t quite make sense, but we’ll move swiftly on.) 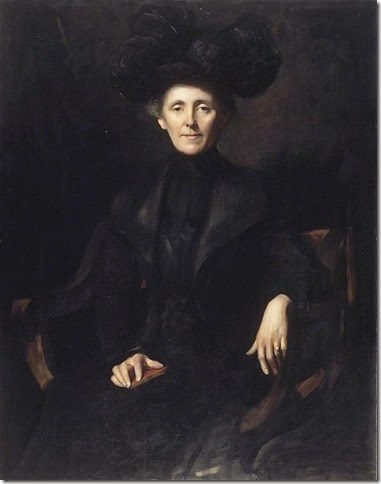 Sara O’Leary mentioned that ‘There's also Linnet Muir in Mavis Gallant's stories’ – I’d read the stories but didn’t remember this character. But Mavis Gallant herself said in the Paris Review: ‘The Linnet Muir stories are fiction, but as close to autobiography as fiction can be… Linnet Muir is fiction, but people who knew me then have said, “That’s you. Every gesture, every word, every everything is what you were like.”…The Linnet Muir stories are based on things that actually did happen.’ She doesn’t explain why she chose the name. Gallant was born in 1922, so again is a similar age to the other women with the name….

Most Linnets in recent books are in romance novels – it seems to be a Mills and Boon kind of name.

But there are a couple more notable examples by modern authors. Barbara Taylor Bradford’s best-selling 1979 blockbuster A Woman of Substance was followed by a number of sequels, in which the original heroine, Emma Harte, has many descendants, including one called Linnet O’Neill. Katie Flynn’s Mersey Girls (1994) follows the story of an Irish girl called Linnet Murphy through the 20th century.

And in 2012 mystery writer Liza Cody wrote a novel called Gimme More featuring a rock widow whose name is Linnet Walker, though everyone calls her Birdie. 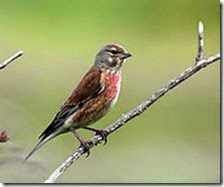 Going backwards in time from my original parcel or flurry of Linnets - there’s a 1907 book by Arthur Quiller-Couch called Major Vigoureux, which has a girl called Linnet in it.

Grant Allen, a well-known Canadian science writer and novelist of his day, wrote a book called Linnet: A Romance in 1900. This Linnet is a Tyrolean cow-girl with a wonderful singing voice – her real name is Lina, Linnet is a nickname because she sings like the bird.

And then there was Linnet’s Trial, a book published in 1864, by an author with the mellifluous name of Menella Bute Smedley. The character’s real name is Leonora, Linnet is a nickname. She is a ‘terrible bluestocking’, but very much the heroine.

There is a Linnet in the Oscar Wilde story The Devoted Friend (from the Happy Prince collection) but that is plainly just a bird: other ‘characters’ are called Duck and Water-Rat.

Elizabeth Goudge wrote a much-loved children’s book called Linnets and Valerians (The Runaways in the US), published 1964, but Linnet is the last name of the family of children there.

And, still with last names, the 18th century playwright Samuel Foote’s has a Linnet family in his 1771 play Maid of Bath.

While researching the name, I came across a long thread on a mothers’ forum: a pregnant woman had quite the discussion going, asking others if she should call her child Linnet, and getting a very positive reaction. So perhaps the name will come back into favour.

I would love to hear of any other Linnets, real or fictional.