the book: Darkness at Pemberley by TH White 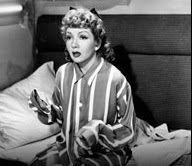 Meanwhile, darkness had fallen. Kingdom stood alone in the gathering dusk of the old house whilst the great hall sank about him imperceptibly through waves and waves of gloom. The invisibility welled up from the distant corners and sank downwards from the domed ceiling, gradually stealing its last glints from the chandelier. At last only the silent ghost of a white moustache hung suspended in the night…. 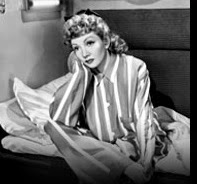 Outside was the silence and tangible darkness of the passage, leading, further off, to the hall’s absorbing void, and to all the great and little deserted clocks of the household, ticking in separate persistence: unwatched, tenacious, uninforming. All the wainscots of all the rooms concerted about him in their stealthy rustle. The heart beat slower and slower…

Buller found everybody awake when he got back. 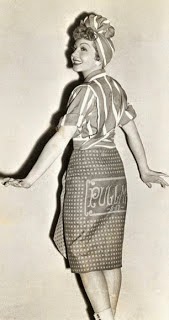 Kingdom was in the passage. Elizabeth was sitting with Wilder and Charles in the latter’s room. She was in green pyjamas and a man’s thick blue dressing gown.

Buller said heartily: “Well, how are the refugees?”

“Perishing and terrified,” said Elizabeth. “What was it all about?”

observations: This month, Rich Westwood has chosen the year 1932 for the classic crime meme on his Past Offences blog. (See the fascinating previous roundups of entries: 1963 in June, 1939 in July, 1952 in August, 1958 in September). And he asked for spooky entries if possible, to mark Halloween.

Well, spooky is one word for this book. Another is ‘preposterous’. But I’ve done my best to choose some suitable passages…

TH White is best known for The Once and Future King, his sequence of books on King Arthur, and the basis for the Disney film The Sword in the Stone. This was an earlier work, perhaps when he was looking for the right genre. It’s fair to say crime fiction probably wasn’t his genre…

The book starts well. There are two deaths in and around a Cambridge college. There is some funny business with a gramophone, which seems to show when one of the crimes occurred, and there are fully 3 map/plans: showing the college, a don’s room, and the position of the college in Cambridge (allowing us to work out that the fictional St Bernard’s lives on the site of the real-life Queens’ College). We get this truly faultless line:

“Why,” pursued the Inspector, “did the Master, who is a drug addict, post a letter to Beedon containing a blank sheet of paper with his signature in invisible ink?”


But then, less than a third of the way through, we find out who did the murder, and how, and why. We are told that it will be impossible to prove the case, and wham, the only partial witness – the porter – is dead too.

Now the book goes completely bonkers. The action moves to Pemberley in Derbyshire, ancestral home of the Darcy family from Jane Austen’s Pride & Prejudice. The descendants of Darcy & Elizabeth Bennett – a brother and sister called Charles and Elizabeth – are friends of the investigating policeman from Cambridge, and via a plot device I can’t bear to describe, the College murderer turns his attention to the house and family, and puts all of them under threat. There is a lot of creeping around the house in the dark, as above, and ghostly attacks in locked rooms. Eventually they work out how this is being done, and think they can catch the murderer out. But he escapes and everyone careers round the countryside in fast cars, before ending up back at the house for a ridiculous climax.

There were two bits of this farrago that I particularly enjoyed. After one beloved character is murdered, Charles comforts Elizabeth (who is desperately upset) by saying ‘He was 69. He couldn’t have lived very much longer.’ (This IS a young man’s book). And Elizabeth later, lying in bed, has this moment of self-searching: ‘she felt her arms in the darkness. They were empty. She was getting old, she supposed. She was getting fat. She must bant.’

The next line is: 'At this moment she became conscious that there was somebody in the room.'

If you feel from this blogpost that you know for sure whether you would want to read this book or not, then I have done my job.

**** ADDED LATER: To redress the balance: There are more enthusiastic reviews of the book on Sergio's Tipping My Fedora blog, and on Yvette's in so many words. (Thanks Prashant for pointing me in the right direction).

The pictures are all from the film Palm Beach Story, starring the queen of pyjama-wearing, Claudette Colbert – I particularly admire the outfit in the 3rd picture, entirely made from items picked up around her train carriage, so including the towel and pyjamas. It featured in a very early blog entry, here, and you can see her in lounging pyjamas in this entry.
1932 books Claudette Colbert Darkness at Pemberley Palm Beach Story Past Offences pyjamas Rich Westwood TH White