1000th entry: A Game of Hide and Seek by Elizabeth Taylor 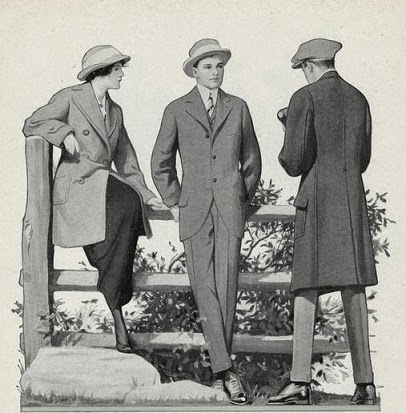 [A group of children and young people are out buying shoes]


All three of them were united in their praise of Vesey’s choice and as the shoes were only eighteen and elevenpence there would be two shillings left which Vesey said he could quite justifiably spend on ice-cream. Harriet admired the way in which he took his time, discussed his plans, and had shoes lying about all over the floor. The assistant, who had begun with tan Oxfords, now withdrew from the discussion, wearing the look of aloof distaste Vesey had grown so used to seeing on the faces of schoolmasters.

[Later, back at the house]

‘Yes, we must look at them after tea.’

‘They are grey,’ Deirdre said.

[Vesey's aunt] Caroline frowned. ‘How do you mean – grey?’

‘They are grey suede,’ Vesey said quietly. He looked down sideways at the tablecloth, leaning back in his chair as if fatigued. 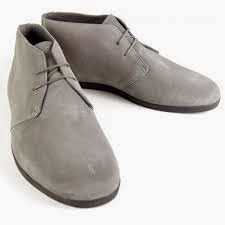 A little silence fell; or rather, was drawn down. Caroline picked up her cup and drank tea steadily. Her cheekbones were scarlet.

‘Nice?’ she repeated in her amused, indulgent voice. ‘I don’t think “nice” or “nasty” enter into it.’


observations: This is certainly the funniest description of shoe-buying I have ever read – the excruciating snobbery and fear of vulgarity (or gayness?) is wonderful – ‘grey suede shoes! What will his mother think?’ Caroline says later. Poor Vesey, doomed forever to rebel in the wrong way. He can’t seem either to conform, or be dashing when he doesn’t.

As I find to my surprise that I am up to my 1000th entry on this blog, the extract is perfect for several reasons. It is a great book, one I only heard of through blogging, and shows exactly why I like to record clothes (and, of course, accessories) in books - explaining character & social aspirations, and making us laugh, via how people look and what they wear and choose, and how we can or cannot imagine doing the same.

The book is quite fragmentary – the first section has Harriet and Vesey as teenagers visiting and staying in the same house in the country, making clumsy attempts to form a relationship. Vesey isn’t particularly nice to Harriet, and she seems doomed to hopeless passion. Her mother and his aunt are great friends, both were suffragettes years before – they reminded me of Ford Madox Ford’s Parade’s End, recently much on the blog, and Valentine Wannop grown up.

After a hilarious section where she works in a gown shop (nicer than a dress shop), Harriet meets Charles, a kind, older man with a hilariously awful mother, Julia (the explanation for why she wants a male doctor: "‘A man is half the battle,’ she added mysteriously.")

The next section is around 20 years later – some time after WW2, when Harriet is the mother of a teenage girl, living a satisfactory suburban life. Vesey turns up again – a not-particularly-successful actor. And now the book seems to combine the best bits of Barbara Pym, Elizabeth Bowen and Madame Bovary, as the pair realize what they should have known long ago: they love each other. Harriet does not want to hurt her husband, or desert her daughter. There seems no way out.

The #bookadayuk meme on Twitter is a great way to hear about other people’s favourite books, and this recommendation came from Ali Hope Book Addict: she reviewed the book on her blog a while back – one of the nice things about the meme is that it doesn’t have to be this week’s book or blogpost, you get to hear about old favourites and past reviews. I had read a couple of other books by Taylor, but I am going to agree with Ali that this is the best one so far, and I am endlessly grateful to her for pointing it out.

FYI, in case anyone isn't sure, this is  not Elizabeth Taylor the filmstar, who has popped up on the blog a few times as an actress.