The Truth about the Harry Quebert Affair by Joel Dicker

Posted by Clothes In Books on May 14, 2014
published 2014, translated from the French by Sam Taylor 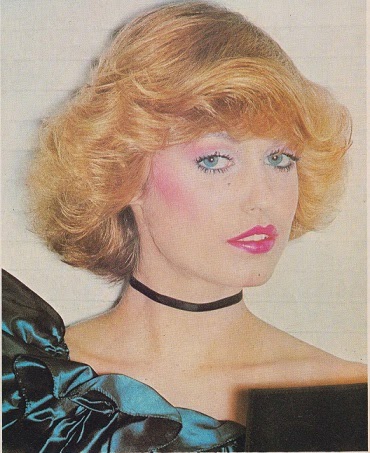 Upstairs, Jenny was ready. She was wearing a long evening dress, wide skirted with puffed shoulders, fake jewellery, too much lipstick and too many rings on her fingers. Tamara arranged her daughter’s dress and smiled at her.

“You’re beautiful, my darling. Quebert is going to fall head over heels in love with you when he sees you!”

“But we’re only going to the movie theatre!”

“And afterward? What if you go to a chic restaurant? Did you think about that?... maybe Harry has reservations at a very chic restaurant in Concord for his fiancée.”

observations: I’m trying to think of something nice to say about this book, and I think I’ve found it: I love, LOVE the idea that a best-selling literary novelist cannot walk down the street without being recognized – there are TWO people in this happy position in the book: both of them apparently writing literary fiction, both so famous they are asked for autographs, and their dating lives are tabloid fodder. I am trying to think who the real equivalent would be – does Jonathan Frantzen find it hard to buy a drink without the waitress asking about his girlfriend? Is Philip Roth as recognizable, and as popular, as Justin Bieber?

If you find any element of that, or of this excerpt, convincing then this massive international bestseller is the book for you. I kept wondering if there was going to be some meta-explanation for what seemed to me childish writing, bizarre dialogue, and extremely unlikely events - but no.

Far from being engaged, Jenny is going on a casual first date to the movies in a small town. In an evening dress? Tamara Quinn, the mother, had never heard of Harry the author (he isn’t famous, yet), but on some casual gossip is prepared to pimp out her daughter in the manner outlined above. Has Joel Dicker ever met any mothers? Did they talk like Tamara?

It is a long long book, and about every 100 pages there was something I liked: the mad mother does have her moments, offering Harry ham sandwiches to check if he’s Jewish, and announcing her husband has cancer to avert social disaster at a party…. the imaginary diagnosis then runs a ribbon through the rest of the book.

There is a policeman called Gahalowood. Made that up did we? There is a slight ring of the writer Celine, who likes a strange name: Colonel O’Collogham in London Bridge is my favourite.

But the investigation and the final solution are ridiculous, the story of what really happened changing over and over again, and don’t start me on the question of the three words written on the manuscript. I suppose if you enjoyed the picture of American life (which seemed wholly inauthentic to me), you might get carried away in the excitement of the plot, you might actually care what happened to Nola. But it didn’t do it for me. I don’t usually write about living authors whose books I don’t like, but in this case Joel Dicker has sold millions of copies so won’t care – and good for him. I hope he is so famous now that people stop him in the street and say ‘I recognize you – didn’t you write that book?’ And then, ‘please sleep with my daughter.’

The picture is from a 1970s fashion magazine.