Werner loitered on the corner for a moment, turning to watch a dozen or more youngsters as they passed him and continued towards Hallesches Tor. They were attired in a weird combination of clothes: tight leotards, high boots and Afghan coats on the girls; studded leather sleeveless jackets and Afrika Korps caps on the men. Some of them had their hair dyed in streaks of primary colours. Werner was no more surprised by this sample of Berlin youth than I was. Berlin residents are exempt from military service, and there is a tendency among the young to celebrate it. 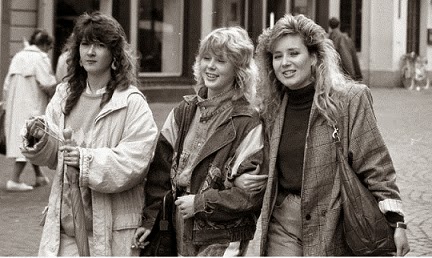 But Werner continued to watch them, and waited, still staring, until a yellow double-decker bus stopped and took aboard everyone waiting at the bus stop. Only then did he feel safe. He turned abruptly and crossed the street at the traffic lights. I followed as if to catch the green. 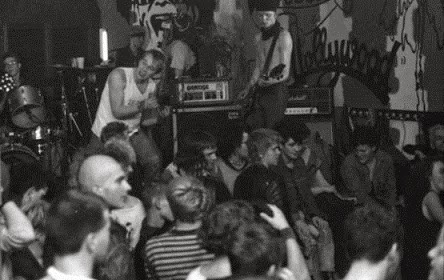 observations: Having really enjoyed The Ipcress File recently – here and here with two contrasting but both rather splendid photos – I decided to move into unknown Deighton territory, and what a good decision that turned out to be. Berlin Game is a terrific book, full of tension and mysteries and moments where you have to suddenly change your mind about what you read 10 pages ago. It is immensely clever, but also very human and very very funny. And the best bit is that there another EIGHT books to go in this triple trilogy about Bernard Samson. I am moving on to them fast.

I love the way Deighton puts in the details of normal family life in the middle of the spying. For a scene where Samson is getting vital info from his wife (another spy) and her sister, there is a background of the Portuguese housekeeper making supper – she uses the shrimps which were meant for tomorrow’s lunch, and then ‘there was a cloud of smoke and a loud crash which we all pretended not to hear.’ And, just like the hero of The Ipcress File, (I do go on and on at this because of my Guardian piece on food in books) Samson says ‘I was never much good at cooking.’

You find out about forfaiting and avalizing (important banking and import/export business), and there is this delightful aphorism by a passing character: ‘Research and investigation are no damn use if they don’t support those prejudiced judgements we’ve already worked so hard on.’

All in all, a delight, and I’m looking forward to the rest of the series.

The top picture was taken at Alexanderplatz in Berlin in 1990, the three young women from 1988 were in Heidelberg (not Berlin). Both pictures are from the Bundesarchiv. The last picture is a punk club in Berlin in 1985, and used from Wikimedia Commons with the permission of the photographer, Corujao.
Berlin Berlin Game leather leather jacket Len Deighton