Dress Down Sunday: In a Dark House by Deborah Crombie 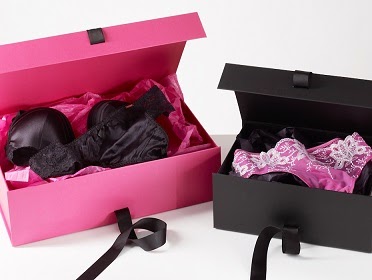 Gemma climbed down from the chair and stood back, surveying the storage space. There had to be more – she was sure of it. Pushing all the hanging clothes aside, she was rewarded for her diligence. A low door was set into the back wall of the cupboard, a not unusual feature in many old houses. The extra storage space was remarkably easy to access, once you knew of its existence, and the latch was a simple hook and eye. 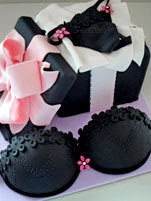 Kneeling, Gemma swung open the door. A faint odour of old mothballs wafted out, and she saw immediately that she had struck gold. Some of the open boxes on the floor held strappy, high-heeled shoes, others an assortment of lacy lingerie. Folded over hangers on a low bar were sequined tops and sleek skirts, a few low-cut cocktail dresses, a beaded vintage cardigan. Gemma sat back, wondering what to make of her find. One thing was certain – there was more to Elaine Holland than her housemate had dreamed. 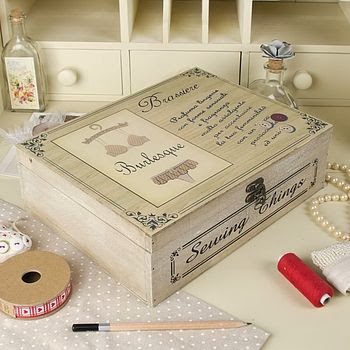 observations: This book was recommended to me by my true blog friend Margot Kinberg, proprietor of the Confessions of a Mystery Novelist blog. She pointed out this very Dress Down Sunday scene, whereby the police use the hidden lingerie as a clue, assuming that the discovery throws a very different light on the character of Elaine, a woman who has gone missing.

Another character says ‘why hide the things at all? Don’t most single women have a few pairs of sexy knickers?’ and the policewoman, Gemma, says ‘I don’t think having a stash of slightly tarty clothes and a mobile phone constitutes significant detail. But it has made me curious.’

The story starts with a huge warehouse fire, and a dead body is found in the building . Crombie does a very good job of keeping the plates spinning – it’s a long way into the book before we find out who the dead woman is, and in the meantime she has produced some very convincing plot elements whereby the main policeman can say ‘You realize we now have four missing women that potentially fit the description of one body?’

He is Duncan Kincaid – he and his colleague and eventual partner Gemma James are series regulars, and their fans have been following their relationship over (now) 15 books – this was the tenth one – with some very complex problems and issues which spread out over the books.

This one was clever and entertaining, contained some fascinating details about firefighting and about the history of London, and was set very recognizably in the borough of Southwark in south London.

The middle picture is, extraordinarily, a cake from a Sydney specialist bakery.  The other two photos are showing off gift boxes.
Confessions of a Mystery Novelist Deborah Crombie dress down Sunday In a Dark House lingerie Margot Kinberg