Dress Down Sunday: Nights at the Circus by Angela Carter

- LOOKING AT WHAT GOES ON UNDER THE CLOTHES 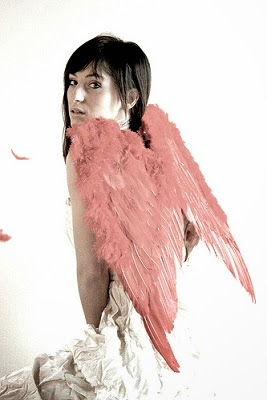 …A writhing snakes’ nest of silk stockings, green, yellow, pink, scarlet, black… introduced a powerful note of stale feet, final ingredient in the highly personal aroma, ‘essence of Fevvers’, that clogged the room. When she got round to it, she might well bottle the smell, and sell it. She never missed a chance…

Perhaps the stockings had descended in order to make common cause with the other elaborately intimate garments, wormy with ribbons, carious with lace, redolent of use, that she hurled round the room apparently at random during the course of the many dressings and undressings which her profession required. A large pair of frilly drawers, evidently fallen where they had light-heartedly been tossed, draped some object, clock or marble bust or funerary urn, anything was possible since it was obscured completely. 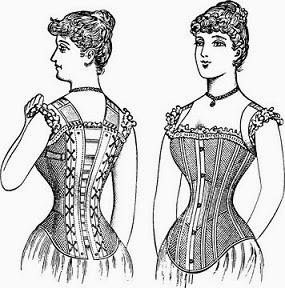 A redoubtable corset of the kind called an Iron Maiden poked out of the empty coalscuttle like the pink husk of a giant prawn emerging from its den, trailing long laces like several sets of legs. The room, in all, was a mistresspiece of exquisitely feminine squalor, sufficient, in its homely way, to intimidate a young man who had led a less sheltered life than this one.

observations: The glorious Fevvers, the Cockney Venus, is (unsurprisingly) a circus artiste, in the 1890s. And she has wings… So this is a book with a touch of magic realism. She is an over the top character, and lives out wild adventures – she tells her story to the young American reporter, Walser: how she grew wings and ended up as an aerialist. (No doubt she’d be in Cirque du Soleil these days). After interviewing her, Walser tells his boss:

-- so he does, joining Colonel Kearney’s circus as it travels on a Grand Imperial Tour to St Petersburg and then on to Siberia. 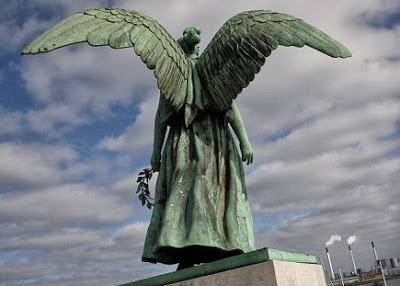 Angela Carter is a wonderful writer. Reading her collected articles and journalism, you can’t doubt how radical and feminist she was, but she was also endlessly entertaining and very funny, an excellent counter-example for those who still (astonishingly) persist with sexist stereotypes about feminist writing.

Iron Maiden seems to be a nickname for a metal-based corset, I haven’t found any references to an actual brand name, though that doesn’t mean it didn’t exist. The description of the corset as a giant prawn is one that sticks in the mind… and will be applied to all pink underwear in future.

Links on the blog: This book gave us an International Women’s Day entry, and another Carter book a Mother’s Day entry. There was a night at the circus here, circus skills here, and a clown’s funeral here.

The two feathered ladies are by  Perry Photography: you can see more of her pictures at Flickr, or at her website weddingsinitalytuscany. The corset picture is an advert from 1890.