Dress Down Sunday: The Doors of Sleep by Thurman Warriner 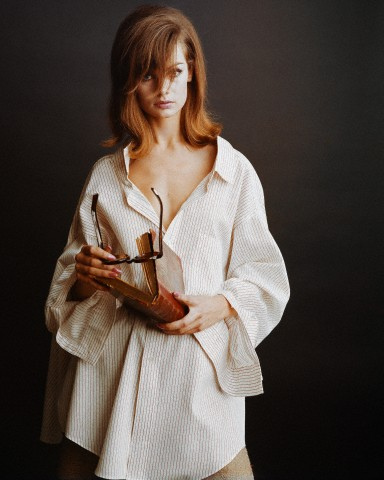 Hesitantly they walked up the path and entered the porch, like two children who were not quite sure whether or not they were trespassing. The man opened the door a crack, and all the warm scents of summer drifted out to meet them…. ‘Look!’ the girl whispered, her eyes starry with delight. ‘Oh look! Isn’t it lovely?’…

The Palfreys in the next pew turned and stared. So did a number of others. There was reason for this. The girl’s blonde hair was tousled by the wind, and though her pretty face had steady eyes and a sweetly generous mouth, there was a gamin look about her quite alien to the Slumbers…

And anyone could see (as Mrs Palfrey pointed out to her husband afterwards) that she hadn’t a thing on under her blouse.

While her companion wore a bright blue windproof jacket and a Paisley scarf, with cream linen trousers smacking of Charing Cross Road and blue suede shoes. 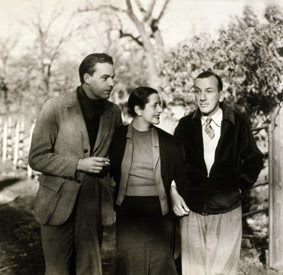 observations: Too many detectives: there are already two people looking into the strange situation at the villages known as the Slumbers, an elderly gentleman and an archdeacon, and here come reinforcements in the shape of the Bohemians, Scotter and Lottie, who seem to represent a different kind of book. They are a private enquiry agent and his helpmeet - Scotter runs ‘the most disreputable PI agency in London.’

The Doors of Sleep is bubbling over with ideas and aspects and oddities, and Warriner never seems quite to settle to what he is doing. Is it a light-hearted detective story or an occult thriller? Are we joking about the characters or trying to draw a convincing picture of true evil? The atmosphere changes radically throughout the book, and one surprise is that it’s quite short – he packs a lot in.

It’s also very readable: the wicked man at the big house is under threat from various enemies – what will happen to him? In a weird and memorable image, a body is discovered tied to a carousel/roundabout, going round and round.

This pair’s clothes certainly liven things up – up till their arrival, nobody was dressed very entertainingly at all. I love the idea of Lottie going braless to church – the photo is Jean Shrimpton in a man’s shirt, from a little later (picture from Dovina is devine). That could almost be a hymnbook in her hand.

But the man’s clothes are possibly even more interesting. What on earth does ‘smacking of the Charing Cross Road’ mean? This outfit is obviously meant to be a lot more modern and casual than anyone else’s – blue suede shoes – but is there a slight suggestion of camp? The photo is of actors Alfred Lunt & Lynne Fontanne with Noel Coward in the windbreaker and light trousers to the right.
braless Charing Cross Road Doors of Sleep dress down Sunday linen trousers Thurman Warriner windbreaker