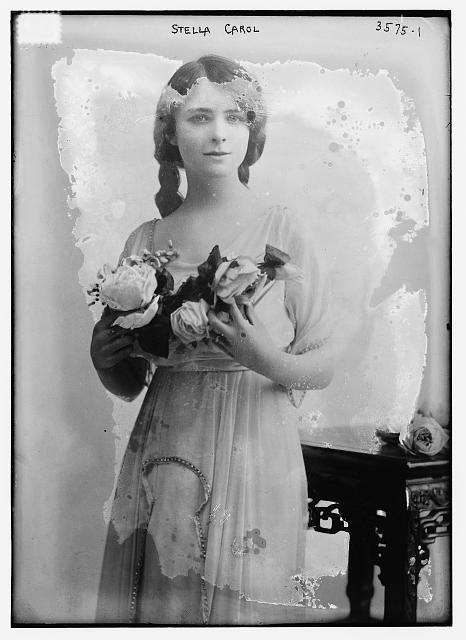 [Bernice has been staying with her cousin Marjorie for the summer]

When she had undressed for the night the door opened and Marjorie came in.

"Bernice," she said, "I'm awfully sorry about the Deyo dance. I'll give you my word of honor I'd forgotten all about it."

"'Sall right," said Bernice shortly. Standing before the mirror she passed her comb slowly through her short hair.

"I'll take you down-town to-morrow," continued Marjorie, "and the hairdresser'll fix it so you'll look slick. I didn't imagine you'd go through with it. I'm really mighty sorry."

"Still it's your last night, so I suppose it won't matter much."

Then Bernice winced as Marjorie tossed her own hair over her shoulders and began to twist it slowly into two long blond braids until in her cream-colored negligée she looked like a delicate painting of some Saxon princess. Fascinated, Bernice watched the braids grow. Heavy and luxurious they were, moving under the supple fingers like restive snakes--and to Bernice remained this relic and the curling-iron and a to-morrow full of eyes.

observations: A mention of shingled hair in a 1930 novel last week provoked some discussion in the comments section (scroll down below the entry) as to what was a bob, a shingle or a bingle.

Bob: hair cut short to the same length all round. Shingle: hair cut to taper into the neck and - thank you, @Lucy Fisher -

cropped quite short so that it looked like a shingled roof…a bingle was a bob/shingle cross. Short at the back, with "wings" of hair to stick out from under your cloche hat. "Madam says you've completely bungled her bingle!" (Old Punch joke)


But the thing is, it means short hair, and it was the fast girls, the uptodate modern fashionable ones, who got their hair bobbed. This short story takes the matter just as seriously as it deserves, and shows that Mean Girls, jealousy and bullying were not all invented with the internet. The most famous bob (both then and now) was probably blog favourite Louise Brooks - this picture used for this entry: 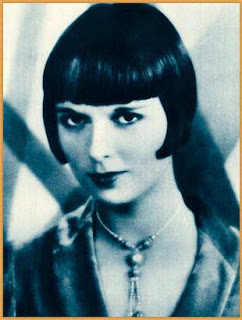 Bernice is staying with Marjorie, but is dull and unattractive. Marjorie gives her a makeover (and no, it does NOT involve cutting her hair, merely threatening to) and suddenly Cinderella is getting all the attention, and Marjorie is put out. So she provokes/dares Bernice to go through with it and get her hair bobbed, with sad results (didn’t the same thing happen on Friends, with Rachel and Bonnie?): she is no longer attractive, and she is seen as fast. (Note: that is bad.)

It is unusual in the fiction of the time for the bob not to be seen as attractive and liberating, but FSF makes it clear that her hair lies in ‘lank lifeless blocks’, and is ‘ugly as sin’. (These are Bernice’s thoughts, but this is no modern, unreliable view of a young girl’s lack of self-esteem – it is clear that everyone shares her horror at what she has done.)

But Bernice is going to get her revenge: well may we all stare at Marjorie’s braids. For the moment.

The picture, from the Library of Congress, is of soprano Stella Carol, who was discovered singing Christmas carols in the street in London, and was due to have a remarkable career. But she was travelling on a White Star liner, the Arabic, torpedoed in 1915. There are reports of her keeping up passengers’ spirits by singing in a lifeboat, but I was unable to ascertain whether she made dry land again – she certainly seems to have disappeared from history at that point.