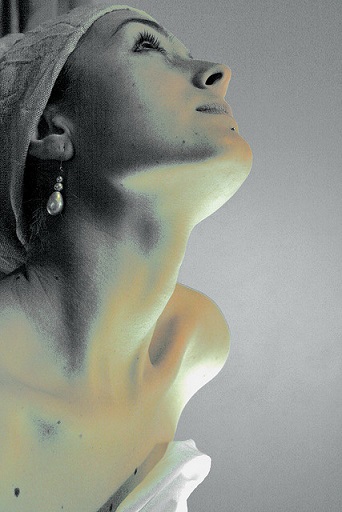 When I think of my mother

I remember her talking with her friends,

But then – if the hair is gold, and glowing, and the colour of a bonfire

A wreath of flowers, you know, like for a wedding

Straight out of the garden.

That’s what we did. 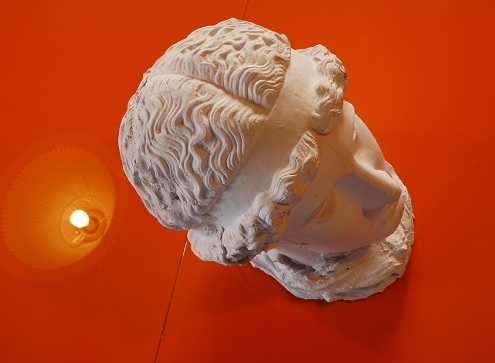 But look at us now, Kleis.

You with your hair

You would look lovely with an embroidered headscarf

The new ones from Sardis are embellished and decorated

But there is no way to get you one

I don’t know what I can do

And I don’t know what my mother would say. 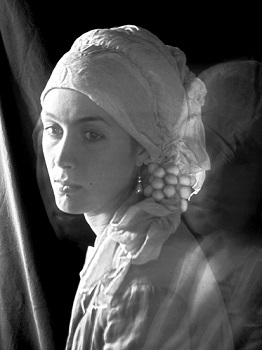 observations: This very free translation from the Ancient Greek has been produced in-house (a first for Clothes in Books). Most of what survives to us of Sappho is in fragments, or at best has bits missing, and it’s anyone’s guess as to what exactly she said and meant, as well as the usual variations that translation brings: this is a version built on the Greek words.

So it seems that there are fashions in head coverings across the generations – I like to think that the embellished ones would come from Marks &Spencer’s Per Una range (Sardis branch) these days. Kleis was Sappho’s daughter (ha – you thought she was her lover didn’t you?), and it may have been the name of her mother too, but very little is certain. Still the fragments tease and entice us, you’d feel there was something lovely in there in the Greek, though we know so little about her, and so much of the poetry is missing.

Another of her fragments is

Like Ares comes the bridegroom, taller far than a tall man


from which JD Salinger took the name of one of his Seymour Glass stories. Which meant that for years I thought the line came from ‘Irving Sappho’, to whom it is credited in the story, with the implication that he is a movie writer. Also, from this story the teenage me learned that a Tom Collins was a delicious drink to have on a hot day, whatever American concoction it was, and indeed so it turned out the first time I visited the US, when I ordered one straightaway.

Links on the blog: Thomas Wyatt’s poems were often free translations from Italian poems, and you can try to catch something of him in the differences, what he added. Sappho is mentioned briefly in Herodotus. 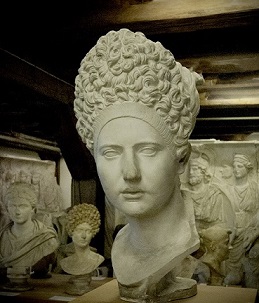 The photos are all from Perry Photography: you can see more of her pictures at Flickr, or at her website weddingsinitalytuscany. The statues are in Copenhagen’s astonishing Royal Casting Museum.