Dress Down Sunday: N or M? by Agatha Christie 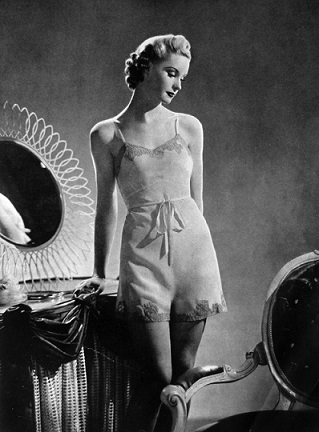 [Tommy said] ‘But why Blenkensop?’

‘It seems such an odd name to choose.’

‘It was the first one I thought of and it’s handy for underclothes.’

‘What do you mean, Tuppence?’

‘B, you idiot. B for Beresford. B for Blenkensop. Embroidered on my camiknickers. Patricia Blenkensop. Prudence Beresford. Why did you choose Meadowes? It’s a silly name.’

‘To begin with,’ said Tommy, ‘I don’t have large B’s embroidered on my pants. And to continue, I didn’t choose it. I was told to call myself Meadowes. Mr Meadowes is a gentleman with a respectable past–all of which I’ve learnt by heart.’

‘Very nice,’ said Tuppence. ‘Are you married or single?’

‘I’m a widower,’ said Tommy with dignity. ‘My wife died ten years ago at Singapore.’ 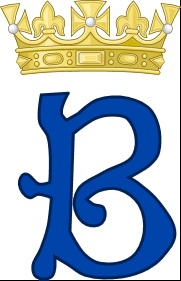 observations: Last week Clothes in Books was wondering about step ins - ‘as opposed to what?’ we wondered. One of the blog’s favourite followers, the knowledgeable costume expert Ken Nye (contributed to Anne Boleyn, Shepperton Babylon, Nijinsky, and Doris Keane…) spoke up: as opposed to camiknickers, ‘which would have dropped over the head and buttoned between the legs.’ It’s obvious when it’s pointed out.

Robert Barnard rightly describes Tommy and Tuppence as everyone’s least-favourite Christie sleuths (at one point Tuppence says ‘Sometimes I feel that we never were any use,’ and the reader nods sagely). Here they are looking for spies in a seaside resort during the Second World War – see this earlier entry for the strange story of how the book brought Christie under suspicion herself.

Tuppence is described as having ‘twittered’ in the book, though this means her annoying talking – she would no doubt claim she has put it on for cover, but the reader knows better. She does, however, tell someone


Cut out the compliments…I’m admiring myself a good deal, so there’s no need for you to chime in.


---and her daughter at one point is nervous that her mother is going to be unfaithful to the dreary Tommy, doing something described as ‘off weekending with someone’. If only.

At one point she is threatened with torture by dental instruments, just like Marathon Man, only 30 years earlier.

It is interesting and surprising that her underwear is monogrammed – books of the time often mention laundry marks, but this is something more fancy. The American etiquette writer Miss Manners says that if you are a housemaid who marries a Duke then you can have his crest embroidered on your underwear.

Links on the blog: Anne Boleyn wore a B round her neck. In an entry on Death on the Nile, we commented on Christie’s use of a Biblical story – this time there is David’s son Solomon, and a very reasonable conclusion for Tuppence to draw, eventually….

With thanks to JS (again) for language detail.

The young woman is from the Clover Vintage Tumblr, the other picture is the Royal monogram of Princess Beatrice of Battenburg, a daughter of Queen Victoria.
Agatha Christie camiknickers monogram N or M? Second World War spies step ins